Sakartvelo, better known as Georgia, is a country of mountains, hospitable people, and delicious food. Another important part of Georgian culture is its folk dance. With the help of passionate, fiery but at the same time technical moves, dancers can show any emotions, confess feelings or even tell stories. Almost every type of Georgian folk dances involves a man who must look strong, courageous, assertive, and brave to comply with canons of Georgian traditions. And if a dancer does not meet any of those criteria,his movements and dance itself are considered wrong. And Then We Danced (2019) is a film directed by Swedish director of Georgian origin Levan Akin, and it tells a story of one "unworthy" dancer.

The film happened to be quite scandalous, and this epithet is not just for a witty remark. Georgia is certainly a beautiful country with amazing culture, and yet because of the dominance of traditions and religion, there are some social issues. It is known that there is an open problem of the rights of LGBT people in Georgia. The country has gone far ahead of some of its neighbors.Its legislation directly prohibits discrimination based on orientation, and moreover, the overall support of LGBT community is growing i annually. However, same-sex marriages are still prohibited, and pride parades are almost impossible to hold due to the actions of the Church and various conservative and pro-Russian groups. The same authorities put obstacles to every event that features the theme of the LGBT. In Georgia, the premiere of And Then We Danced, in which same-sex relationships is the main plot driver, was met with great resistance from above mentioned groups. Threats rained down on the director. The Georgian Interior Ministry was even forced to guard the cinema building where the premiere took place. Some protesters used pyrotechnics, but fortunately, the premier went according to plan and without injuries.

And Then We Danced addresses an important topic for every person — national self-identification. Merab (Levan Gelbakhiani), the main character, comes from a family of dancers. Despite everyone telling him that he is not that good at dancing and constant comparison to his more talented relatives , Merab still lives for Georgian dance and cannot imagine his life without it. For Merab, dancing is the way he communicates.However, his coach, Aliko (Kakha Gogidze), does not think that passion is enough. He claims that the guy is too feminine for a "male" performance, and therefore, he cannot be a good dancer. It turns out that Merab is too fragile for himself, too fragile for his identity as a Georgian man. The film begins with the episode of the rehearsal and the accusation that Merab can't dance right, and it ends with a bright performance of the protagonist. He auditions for a place in the main cast, but dances not according to the canons of Georgian culture, but the way he himself feels: artistic, gentle,and feminine. He understands that this is the last performance in his dancing career, but it is important for him to finally express himself, his personality, his pain. The final dance is the culmination of all conflicts in the plot, the final note of the whole story. 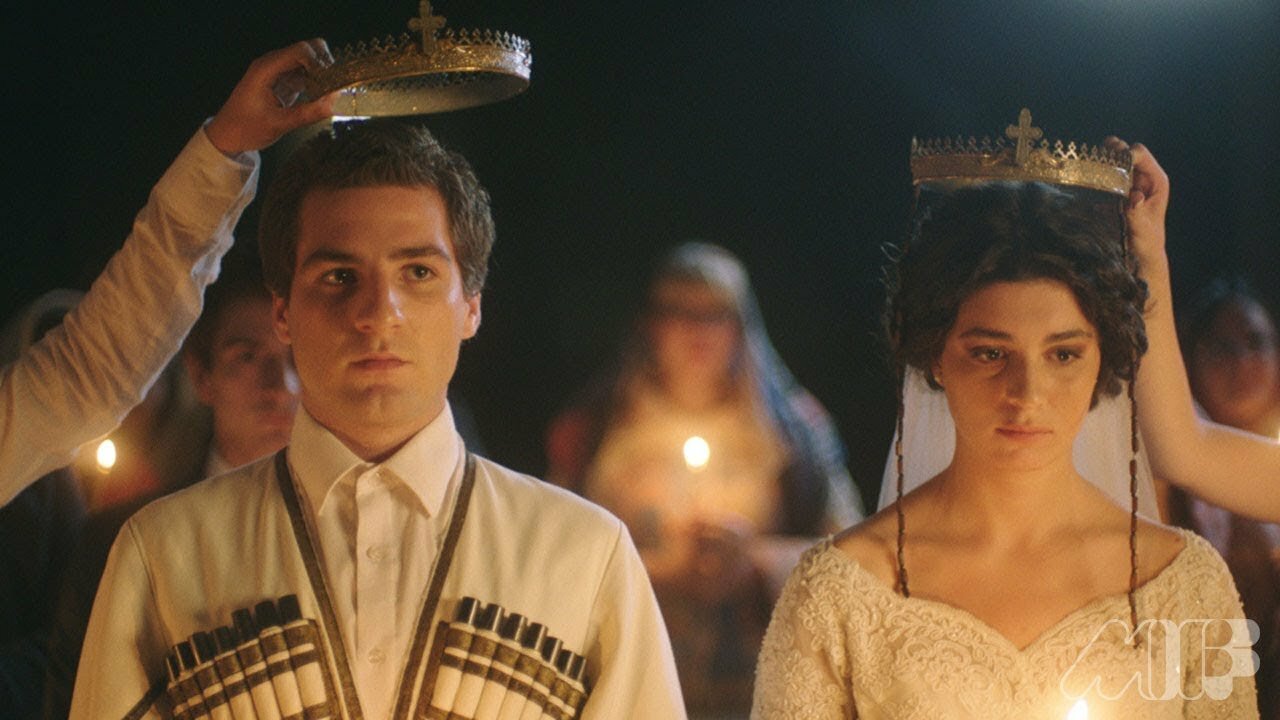 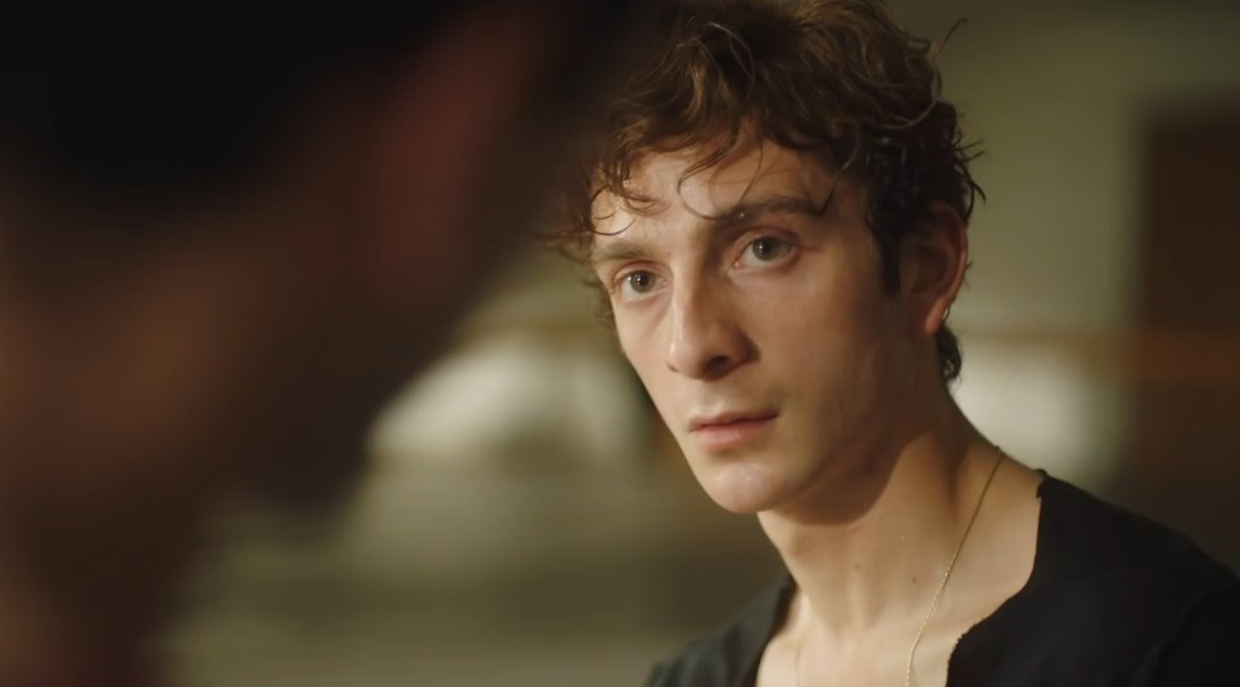 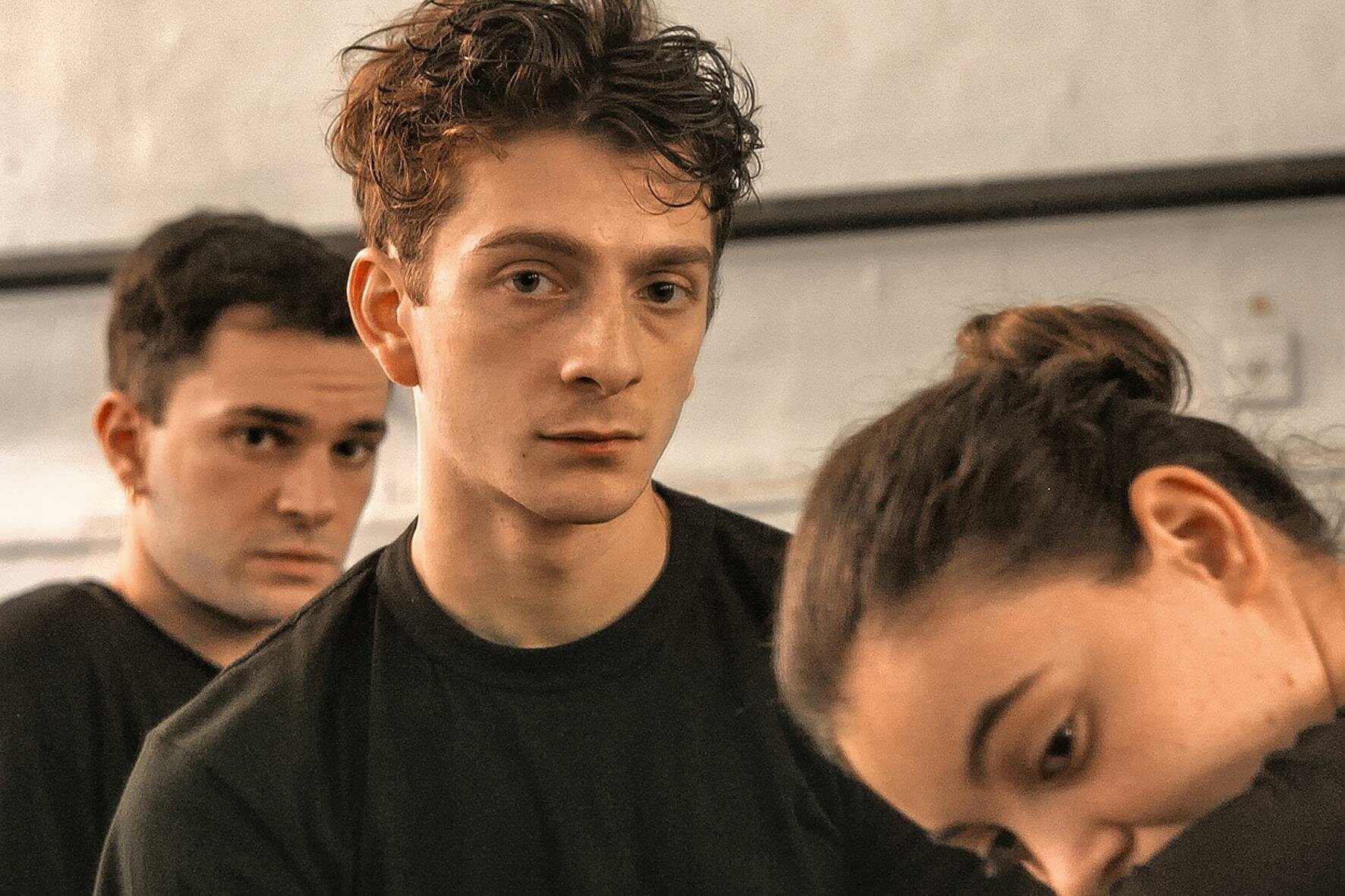 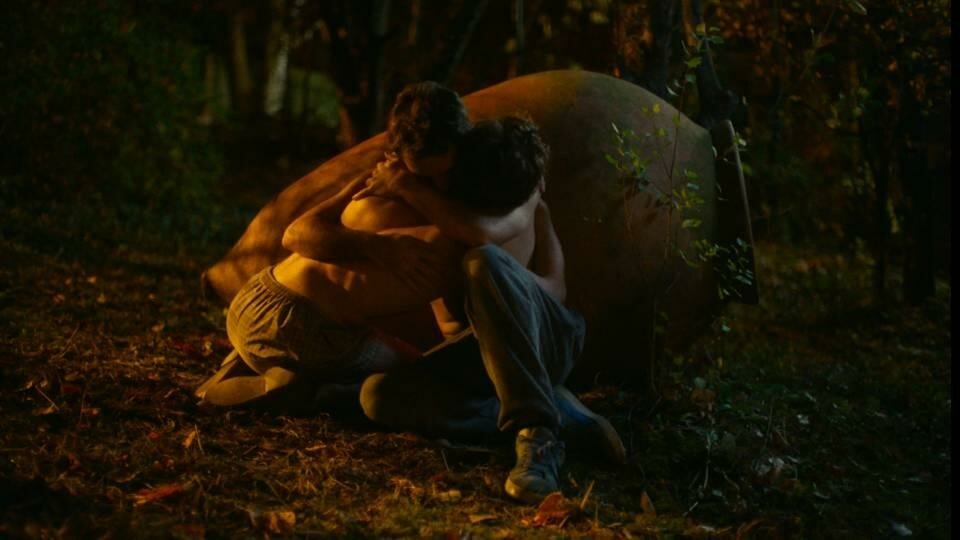 As it was already mentioned, dancing is the way the main character communicates, the way he expresses his personality. The love line of the film is also built around dancing . At first, Merab does not like the new dancer Irakli (Bachi Valishvili), but this does not last long. As the guys start rehearsing together, they get closer, and the viewer starts seeing love in Merab's eyes when he looks at dancing Irakli The feelings of the characters for each other are never spoken out loud, and yet it is seen in their glances and touches. And in dancing. After the first sex, Merab worries that Irakli regrets what happened at night. But next morning he sees him dancing happily in a clearing, and without any words he understands that the relationship between them has moved to another level. Then Merab dances for Irakli, and this dance can be called a real declaration of his love, if you look at the passion and tenderness that he puts into every curve of his body. After all, it is the pain he feels after hearing on the news about Irakli's engagement that gives Merab energy for the last dance.
And Then We Danced is not just a film about same-sex love. This representation surely added both cultural and social values. It makes the conflict of the characters harper, and tells a story of life of the LGBT community in a country where their rights are still infringed. But first of all, Levan Akin's film is about dancing, about expression of true self, and about questioning traditions, even if they are centuries-old and have never been violated before.