HBO VS BLM: How the Modernity Is Trying to Rewrite American History

The year of 2020 will definitely be remembered and disputed for a long time — and not only because of the COVID-19 pandemic and total lockdown. 2020 is becoming the byword of fighting for racial equality, but the Black Lives Matter movement has already crossed some borders.

12/08/2020
It all started with the death of George Floyd — an African-American who was detained by the police for allegedly using counterfeit money in Minneapolis, Minnesota. Back in May a white police officer arrested Floyd and kept pressing his knee to the man's neck for eight minutes straight. Floyd was trying to save his life saying he couldn't breathe and begging for mercy. Sadly, the officer was remorseless and the man passed away. The accident went viral — riots encompassed the United States from New York to Los Angeles and wouldn't cease for a month. The Black Lives Matter movement was reborn.

George Floyd's death influenced the society in many ways: huge companies renounced some of their products and trademarks which could be somehow considered racist. One of the most exceptional cases is the issue of the popular online service HBO Max. On the 10th of June it had announced that the company was no longer going to stream Gone with the Wind (1939), one of the greatest films of all time and the highest-grossing film in cinema history. The plot ostensibly represents positive attitude to slavery and depicts "ethnic and racial prejudices which were wrong then and are wrong today".
The O'Hara's property is also a workplace for twelve slaves whose image is quite romanticized — they are depicted as well-treated and loyal workers. According to numerous critics, this is at terrible variance with the reality when enslaved people literally survived their masters' work demands.

A special place in the picture belongs to Mammy, a slave close to Scarlett and the main character's nurse since birth. Scarlett's attitude to Mammy is shown in something bigger than just a good light – their relationship resembles lovely mother-daughter ones. Hattie McDaniel who played the role of Mammy became the first African-American to win an Oscar for the performance during The Twelfth Academy Awards ceremony in 1940. However, racial prejudices gradually coming up at that time didn't let the actress relish her triumph — the ceremony was held at a whites-only theater and Ms. McDaniel had to sit at a segregated table in the back of the hall apart from her colleagues.
The film recounts the life of Scarlett O'Hara, a plantation owner's daughter, whose personal love drama unfolds during the American Civil War, a conflict between northern and southern states. After her parents' death the girl had to take the responsibility of managing the ancestral estate called Tara.
Notwithstanding the fact that the movement for racial equality is gaining momentum, this isn't an excuse for falsifying self-evident historical facts. Slavery in the United States has been legal for a bit less than a century, but it's long gone and left far in the past. For now it's no more than a tragic part of the national history and it doesn't have to do with the modern world and people in it, irrespective of their skin color. The memory about those times should serve as a lesson for all people. This is something that was wrong centuries ago and what mustn't be repeated ever again. 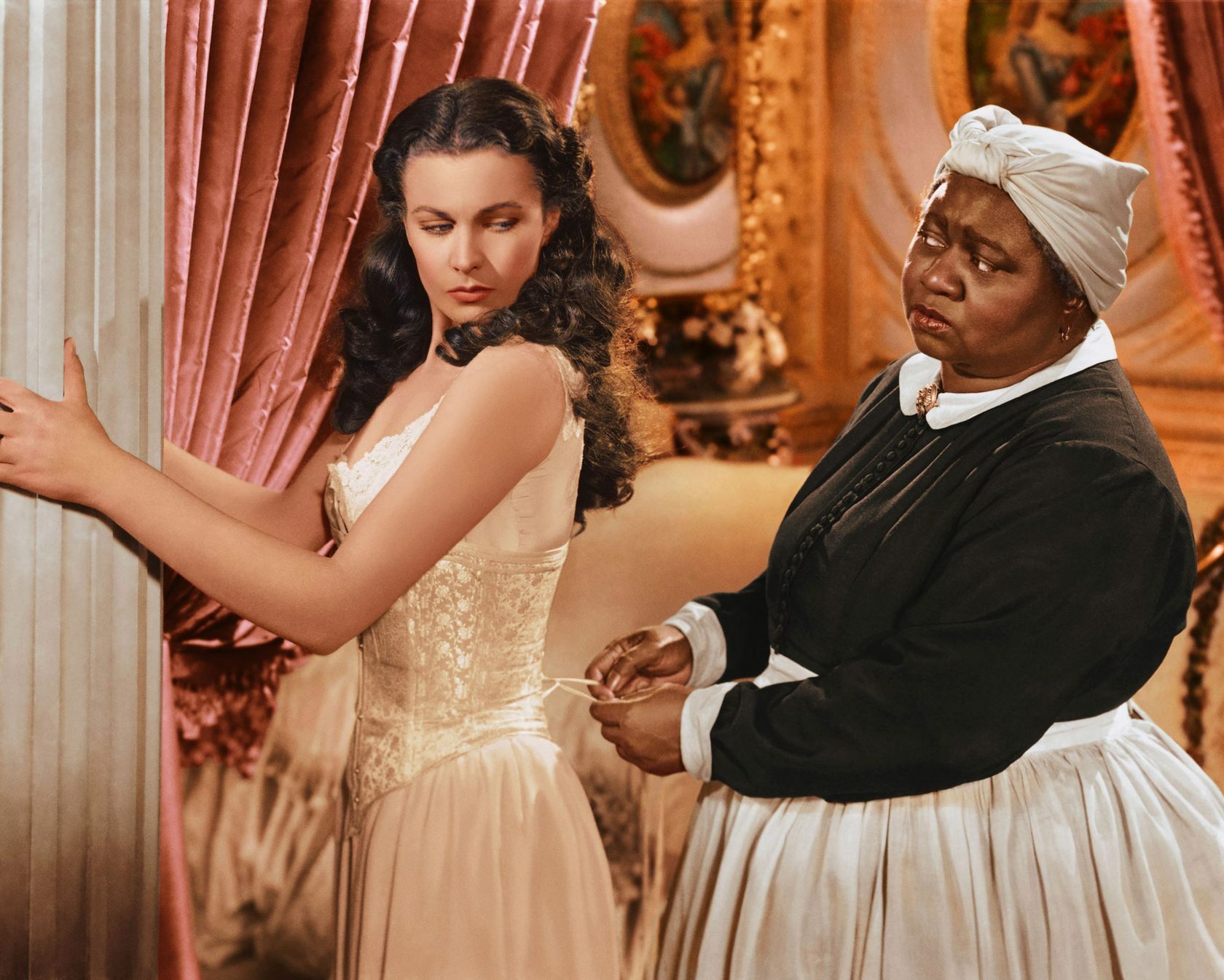 But the revolt for equal rights has gone even further. The society is obsessed with the idea that it's unpardonable to leave any remnants of the slavery, whether it's a monument dedicated to a Confederate leader or a film which somehow depicts black people ostensibly humiliated and manhandled by white ones. But what's truly unpardonable is demolishing world's cultural heritage. And if removing some monuments may be considered reasonable, such things as "Gone with the Wind" can't be just wiped off the face of the earth. There's at least one important reason for it: they represent the epoch. Films, music, paintings — all works of art carry the peculiarities of the times they were made in, no matter the epoch. If so, is there any reason to intentionally try to rewrite the history we're all aware of?

None of us knows the exact way the Black Lives Matter movement will change the reality, but it inevitably will. For now the main thing boils down to accepting that the slavery is the greatest shame of the mankind. In spite of it all, people should also accept slavery as an integral part of our history — and this is why Gone with the Wind matters too.
© 2020 – 2022 IN VISIBLE
© 2020 – 2022 IN VISIBLE
Made on