How many movies without a loveline can you name? There aren't many, really. Sex is typical for mass culture movies where the main character usually finds a girlfriend, rarely a boyfriend. Sex is also common for independent cinema where the focus is on the emotions or social issue. In Suspiria (2018) by Luca Guadagnino, nudity expresses women's power and independence from men who were harassing them before. Another example is Gaspar Noe's Climax (2018) where the imitation of sex reflects mass insanity. Love is attractive, selling, and classic. From the very beginning of the cinema, filmmakers understood that portraying sex brings attention to the motion picture. In fact, the first pornographic movie, À l'écu d'Or, was shot in 1908 France when the film industry was only developing.

24/11/2021
However, censorship was enhancing alongside. The church was strictly against explicit content, so by the 20s it became illegal in most countries. Cinematography split into culture and pornography. In 1922, Motion Picture Producers and Distributors of America (MPPDA), known as Motion Picture Association (MPA), was created. In 1934, the American Catholic church formed the Legion of Decency. From 1934 to the 1950s, the Hays Code invented by MPA was regulating the film industry.

Many theatres didn't show unrated movies, and distributors didn't sell them. So directors had to find detours and use symbols as an alternative to sex scenes. Such symbols were resembling phenomena like a boiling pot or chimney smoke. Nature metaphors were also popular — starting with the coming waves during the kissing scene in Fred Zimmerman's From Here to Eternity (1953) to a comic scene with blooming artificial flowers on a tree after characters start kissing in Soviet Love and Dove (1984) by Vladimir Menshov.
In the fifties, MPA and the Legion of Decency started clashing. At the same time, the Hays Code began to lose relevance. A few years later MPA instituted an international system of ratings based on the viewer's age, adding X (under 16 not admitted) as equal to pornography. Sex was one of the issues that guaranteed film this rating.

Since then, directors had broken the standards eventually, but it was unusual because unrated films had almost no distribution channels. Alongside the decrease of the Church's impact, which started in the 50s and continued almost to the 80s, portraying sex more often led to a moral revolution: many viewers realized that there's no need to censor love. Changing society's moral values was a complicated process. Let's take a look at the most rebellious films of their time which affected the audience's moral values making sex in films look normal. 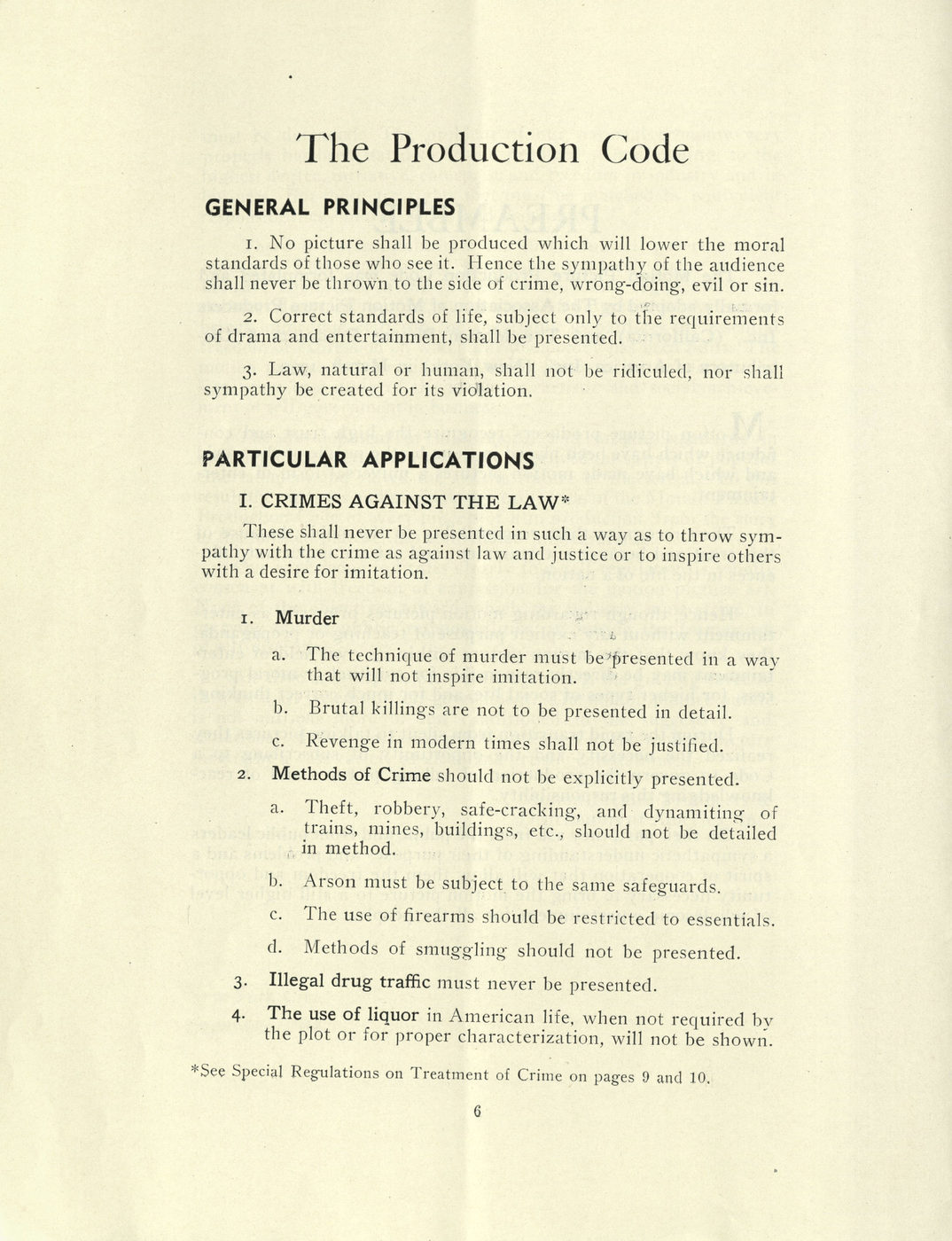 Anatomy of a Murder (1959) by Otto Preminger was the first American movie to use such language as 'climax' or 'rape'. The US welcomed it: although there were few unpleasant cases, the film gained positive feedback among the critics. According to Time, the explicit language is "necessary to the development of the theme." Anatomy of a Murder was even accepted by the MPA — a rare occasion for this kind of a movie at those times. The film became the very first step to a moral revolution around the explicit content in cinema.

While American directors were nearly conservative, the European ones made plenty of experiments, especially during the times of New Waves in Cinema of different countries. One of the most vivid examples was Alain Reisnas's Hiroshima mon Amour (1959). This was an arthouse movie which portrayed a close relationship between a French actress and a Japanese architect. Slightly nude scenes were really unexpected — they were too explicit for that time. Though the film was warmly greeted by the general public and nominated 10 times, including an Oscar for the script and a Palme d'Or at the Cannes Films Festival, MPA hadn't rated it. Society wasn't quite ready for movies showing nudity and intimacy between a man and a woman. Later, however, in a few countries Hiroshima mon amour was rerated PG-13.

The same year Alfred Hitchcock's North by Northwest (1959) was released and, eventually, approved by the Motion Picture Association. The film wasn't recommended for children because of kissing scenes, but it wasn't prohibited either. North by Northwest is also famous for the sex joke in the end: while the characters are kissing, the train they're in enters the tunnel. Whereas every adult understood the subtext, technically, no rules were violated, so the censorship would be unfair. The joke was sensational then, and it remains an interesting phenomenon now. Like when Americans tried to overcome censorship by finding detour ways, European New Wave directors ignored it. Michelangelo Antonioni's Blowup (1966) wasn't approved by MPA because the director simply aborted the regulations refusing to cut explicit scenes. Despite the nude scenes out of time, the critical reception was extremely positive, and the film was claimed to be one of the best. Blowup gained a huge response in media, and that was another crucial step to the shift in the audience's moral principles.

Bernardo Bertolucci's Last Tango in Paris (1972) was a sensation. Not only did it achieve a huge commercial success, but it had also broken quite a few rules of morality. Yet judging by the reviews, both viewers and critics enjoyed the film. Full nudity and sex scenes were way too explicit for 1972, so the films were rated with X. Still, MPA approved the original version. In the United Kingdom it didn't go so well: the drama was approved there too, but with cuts. Nowadays Last Tango remains an adult film and a quite controversial one. A huge scandal following the shooting of the infamous "butter scene" has brought Bertolucci and his film notoriety. We cannot disclaim the effort that the film has contributed to Cinema though.
Throughout the 70s the difference between art and pornography started to fade away. In the 80s it almost disappeared. As the censorship continued to weaken, erotic scenes started becoming more and more explicit. This happened to 9½ Weeks (1986) by Adrien Lyne. The drama had commercial success, though it was nominated for Worst Screenplay and Worst Actress at the Golden Raspberry Awards. 9½ Weeks depicts experimental sex practices, which was scandalous back then. The "finger food" scene became extremely famous and now has its place in history as one of the first of that kind. 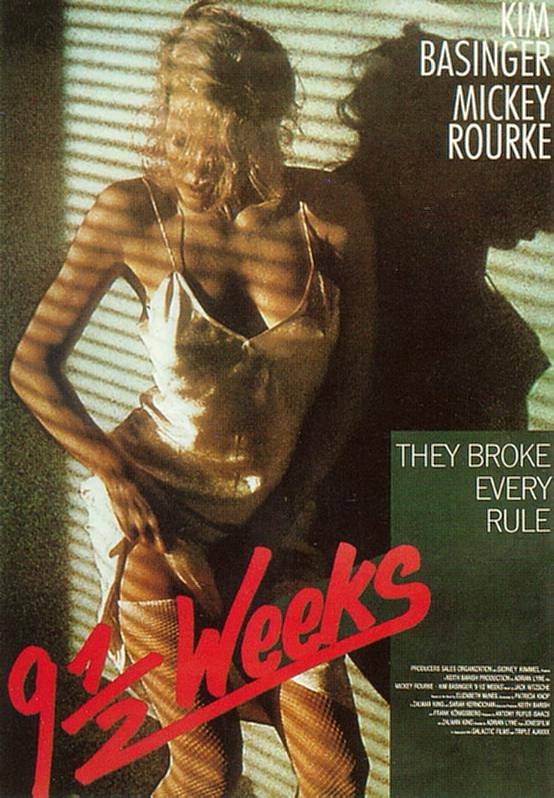 At the turn of the 21st century, sex scenes became an ordinary thing. Almost every popular movie contained them, though with slight censorship – starting with the most mainstream film ever Titanic (1997), which depicts love and nudity and still has a PG-13 rating, to modern blockbusters where relationships are an obligatory side conflict.
Currently sex in the cinema is mostly accepted, though some people still argue about it. With the trend of being open-minded and free from boundaries, the directors not only use erotics as an instrument, but also try to study sex itself. The issue of sex education is popular now. It features in films about teenagers like Greta Gerwig's Lady Bird (2017). Moral principles have shifted too. The question of the connection between true feelings and intimacy is often discussed. Noe's Love (2015) depicts both, balancing on the edge between art and pornography. It is not clear how far experimental cinema will go in the future. But there's one thing we know for sure — the moral revolution has happened.
© 2020-2022 IN VISIBLE
© 2020-2022 IN VISIBLE
© 2020-2022 IN VISIBLE
© 2020-2022 IN VISIBLE
Made on