Come and See: The Most Impactful Anti-war Movie
MEANING/ANTIWAR

One of the most prominent soviet anti-war films, Come and See (1985), finely shows the horrors of war and the magnitude of human suffering as something almost palpable. The unquestionable talent of director Elem Klimov and his strife with the censors led to the emergence of a widely acclaimed World War II masterpiece that is free from everything popular war movies have: heroism, combat and sacrifice. Despite the criticism, it received multiple awards in the Soviet Union, and is widely referenced today, ranking high in the international best anti-war movie lists.

16/05/2022
"This is something we must leave after us. As evidence of war, and as a plea for peace." – Ales Adamovich
The screenplay written by Elem Klimov and Ales Adamovich is based on I Am from the Fiery Village, a 1987 book that consisted of documentary evidence of people who survived the Nazi genocide in Belarus. It made an indelible impression on Klimov and helped accurately depict the events that happened during the occupation of Belarus by the Nazi Germany in 1943. Klimov had a personal connection to the war, too – born in Stalingrad, he had a memory of evacuation from the burning city imprinted in his mind. "I've really been to hell. It has remained forever and still lives in me," – shared the director in an interview, describing the reasons for making the movie. The encapsulated horror of his personal experience combined with witness' accounts he read about was just waiting for a cathartic release. Still, according to the director, the main goal was to bring awareness of the horrors of the fascist genocide in Belarus.

Klimov's film with its cruel reality is strictly opposed to the genre of heroic adventure that war movies are often drawn to. The strength with which the movie hits with raw emotions is unbelievable. Klimov wanted to cast people with no previous experience in acting, which meant people from the villages of Belarus, often elderly, took part in the filming process. Later in life, the director opened up about having experienced a severe discomfort from forcing them to relive the war. However, the strict conditions he imposed on himself helped him to get a perfect match for the leading role – Alexei Kravchenko. The boy was able to show pure empathy and unpolished, sincere feelings; his simple face and strong physique allowed the viewer to associate him with ordinary people of the war. As the film production continued over a period of nine months, psychologists were present on set, so the boy wouldn't be dragged down by the emotions and situations that weren't his own. 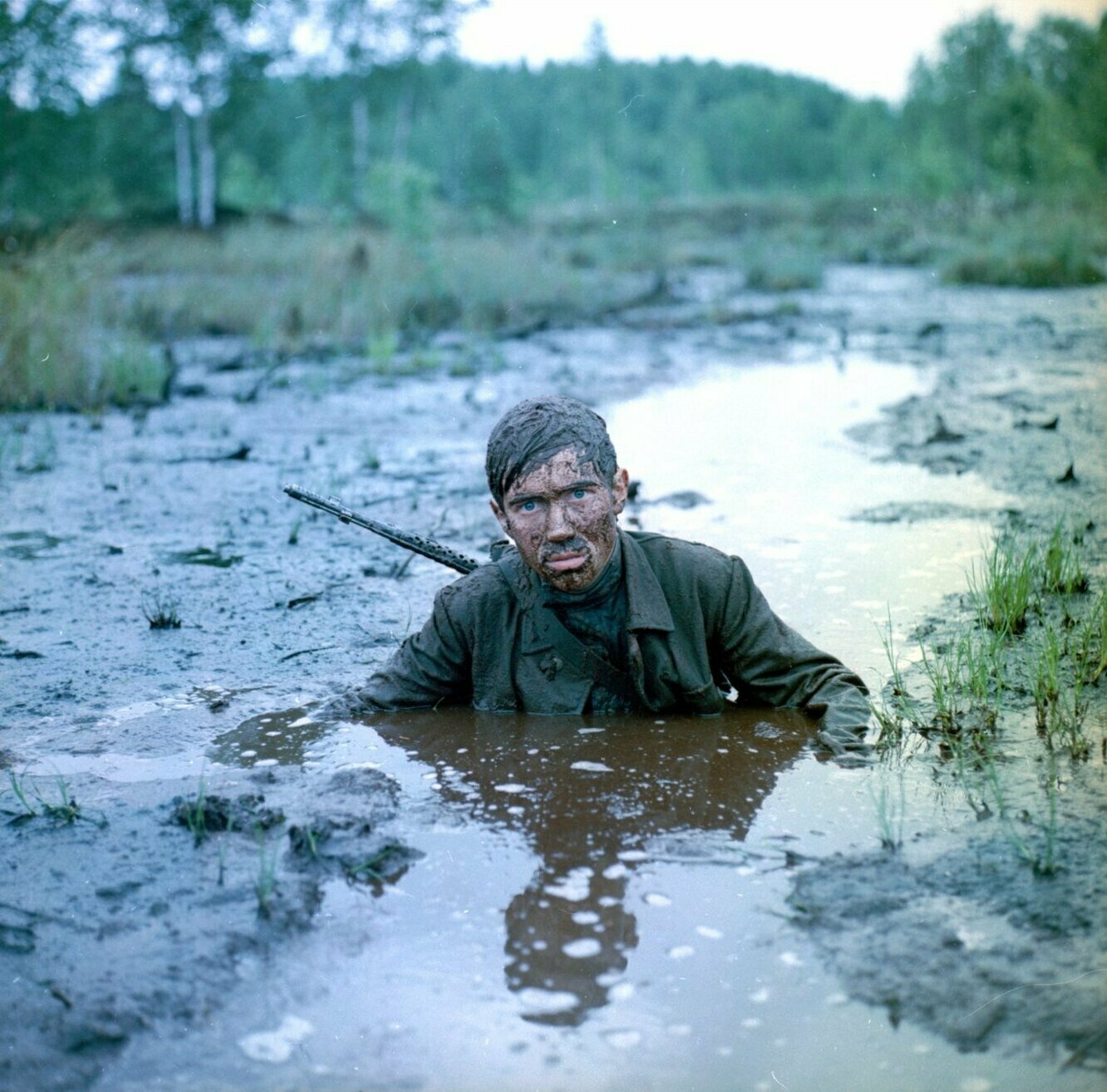 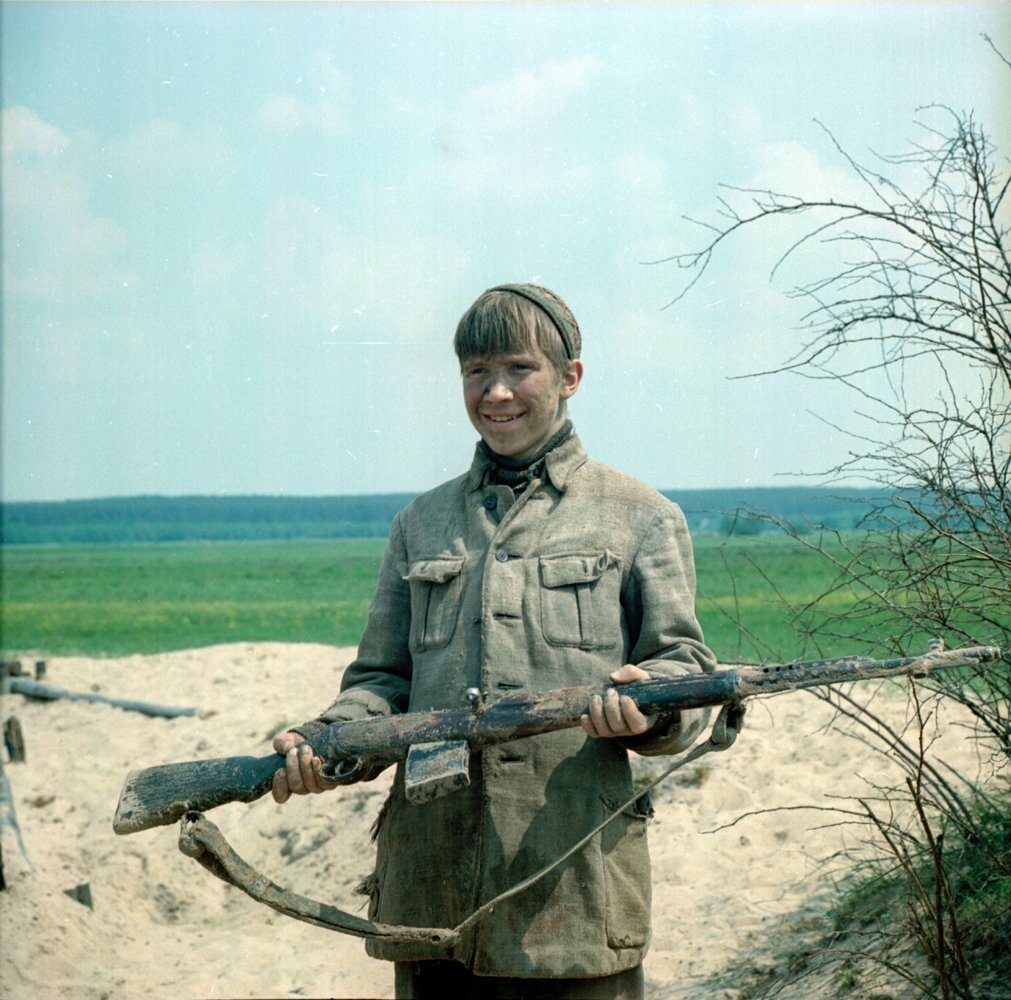 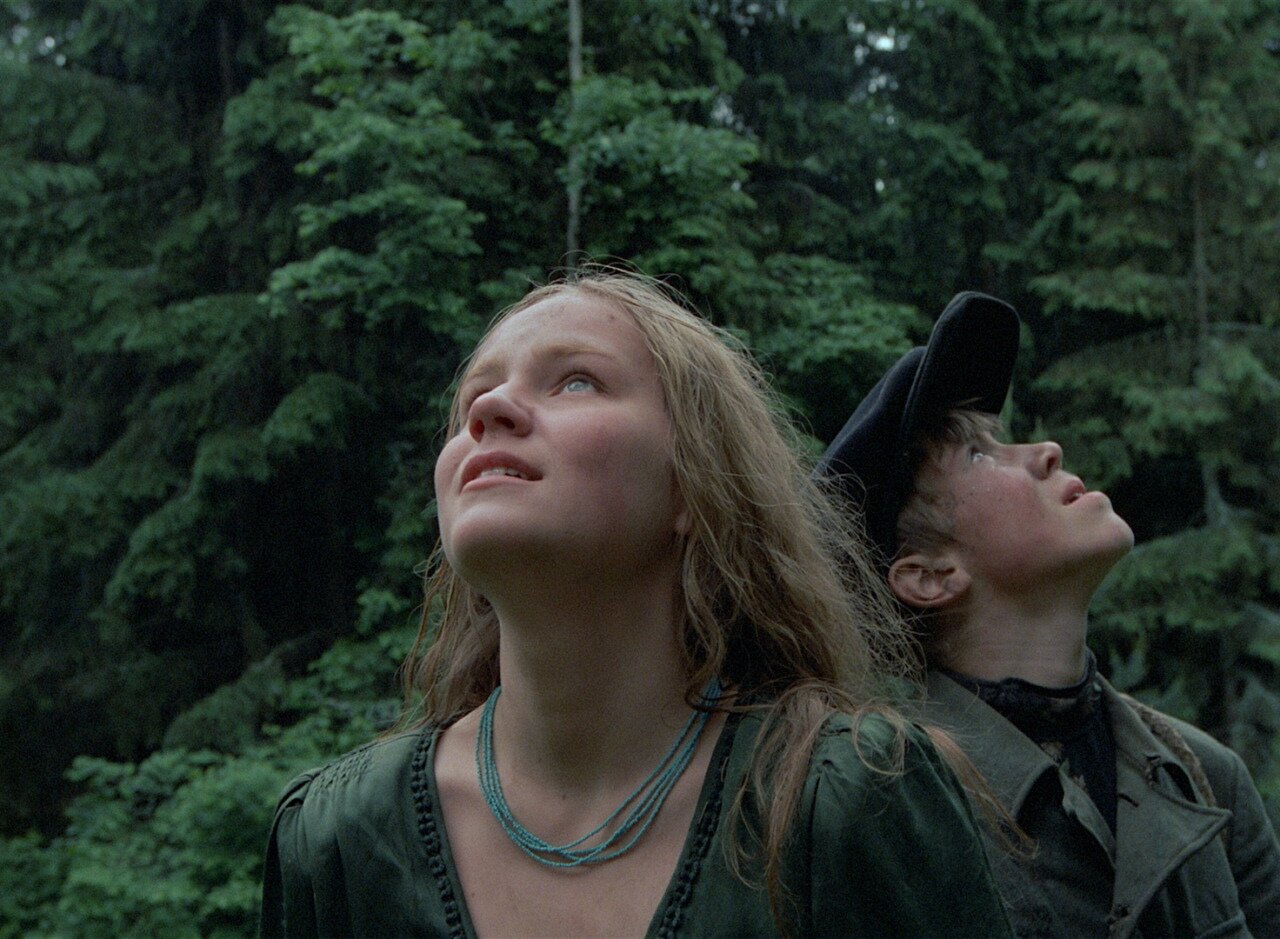 Horrifying reality
The macabre and soul-wracking story of war is restricted to the perspective of a teenage boy from a village in Belarus. Flyora digs up a rifle in post-battle trenches and, despite his mother's begging, joins the Soviet partisan forces. He continues to act flippantly – he's emerged into the new world of people who bravely fought this war, ready to show his courage too. The scenery changes fast, always staying unfriendly and foreign for a teenage boy; his grin swiftly turns into a grimace as he cries in the woods, left behind by the troops. While weeping in the forest, he meets the girl he previously saw in the camp, Glasha, alone and in tears too. Their communication is cut short by the bombing and the attack of German paratroopers.

As the story progresses, the events get even more hectic. After finding out his family was murdered, Flyora tries to take his own life, desperate to ease the grief of his loss. All he sees is death and suffering: his family is shot behind the house, his comrades die in a bombing, villagers are burnt alive with their children. In the course of two days he loses everything. At the end of the film, when the partisans manage to capture two members of the German brigade that murdered civilians, Flyora identifies one of them, but can't process his frustration and release anger even after seeing them executed. The reality he finds himself in is incomprehensible. All attempts to normalize the perception of the world are doomed, the world in which such atrocities occur can't be perceived normally. Youthfulness and mirth are turned inside out and eviscerated – all that's left are the lifeless features of Glasha as she says her goodbye to a friend, and Flyora's empty, sunken eyes, prominent wrinkles and gray hair.

At the climax of the story, Flyora shoots Hitler's portrait that soldiers brought to the village to humiliate civilians with, before killing them. The picture on the screen changes with every blast, showing a montage of clips from Hitler's life in reverse. The history goes back in time, gunshots stop when the picture of baby Hitler with his mother is shown. The boy's scorching rage is not enough to pull the trigger and do this inhumane act. The portrait is left in the dirt and Flyora abandons the village joining the partisans.

Due to the horrifying details frowned upon by Soviet censorship, the movie production was stagnant for 8 years. The screenplay was considered too graphic, some scenes were said to be discrediting the Soviet people and the army. Neither Klimov nor Adamovich lost determination; even at the beginning of his career, Elem Klimov gained a reputation as a director who was not inclined to compromise with the censors. Both director and writer believed that no matter how graphic the film would be, their goal was to release it at all costs. They stood their ground on the matters of the plot, but had to compromise with the censors on the title. The name Kill Hitler was changed to Come and See, which derives from the Book of Revelation, where "come and see" is an invitation to look upon the destruction caused by the Four Horsemen of the Apocalypse. 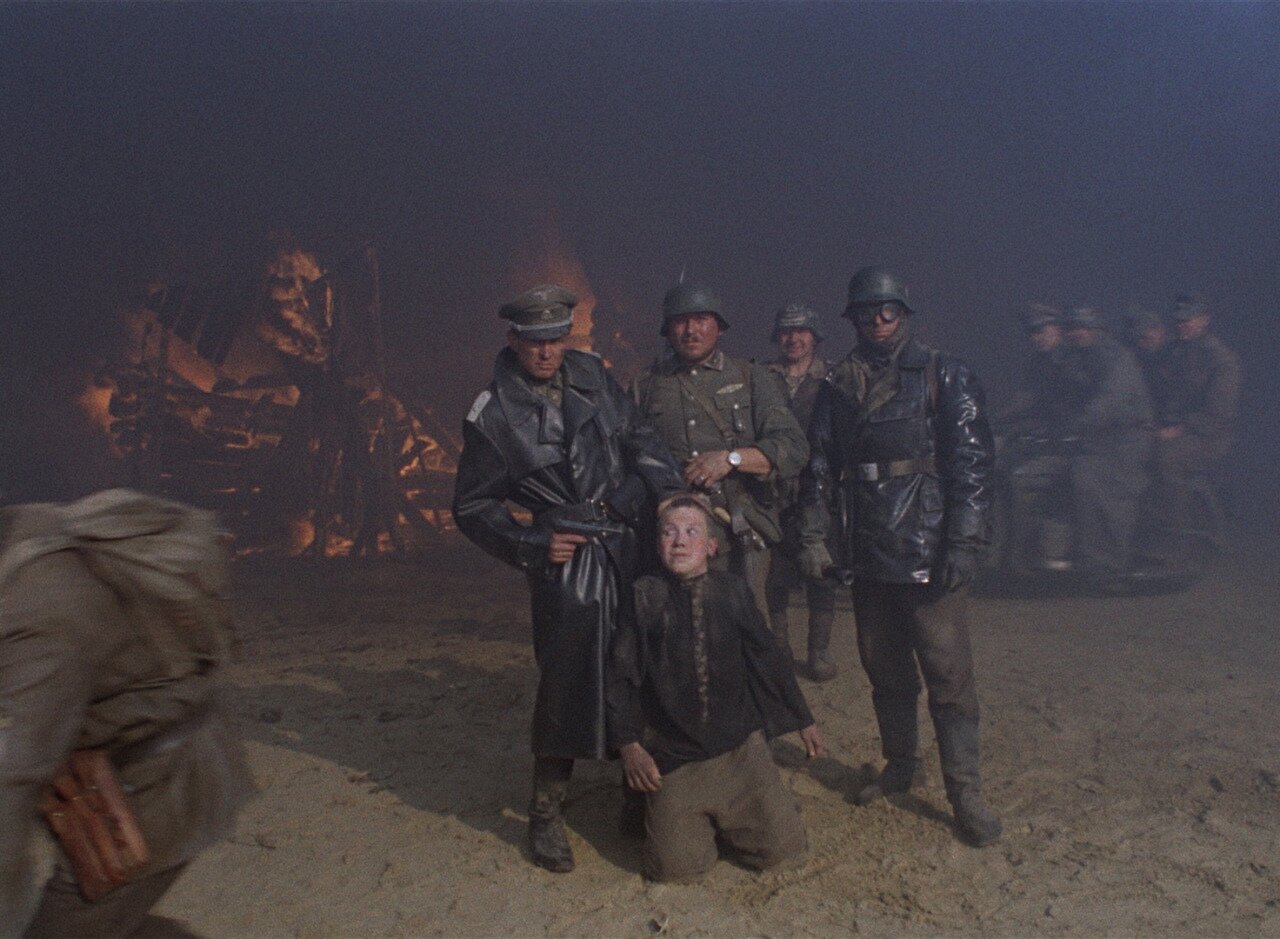 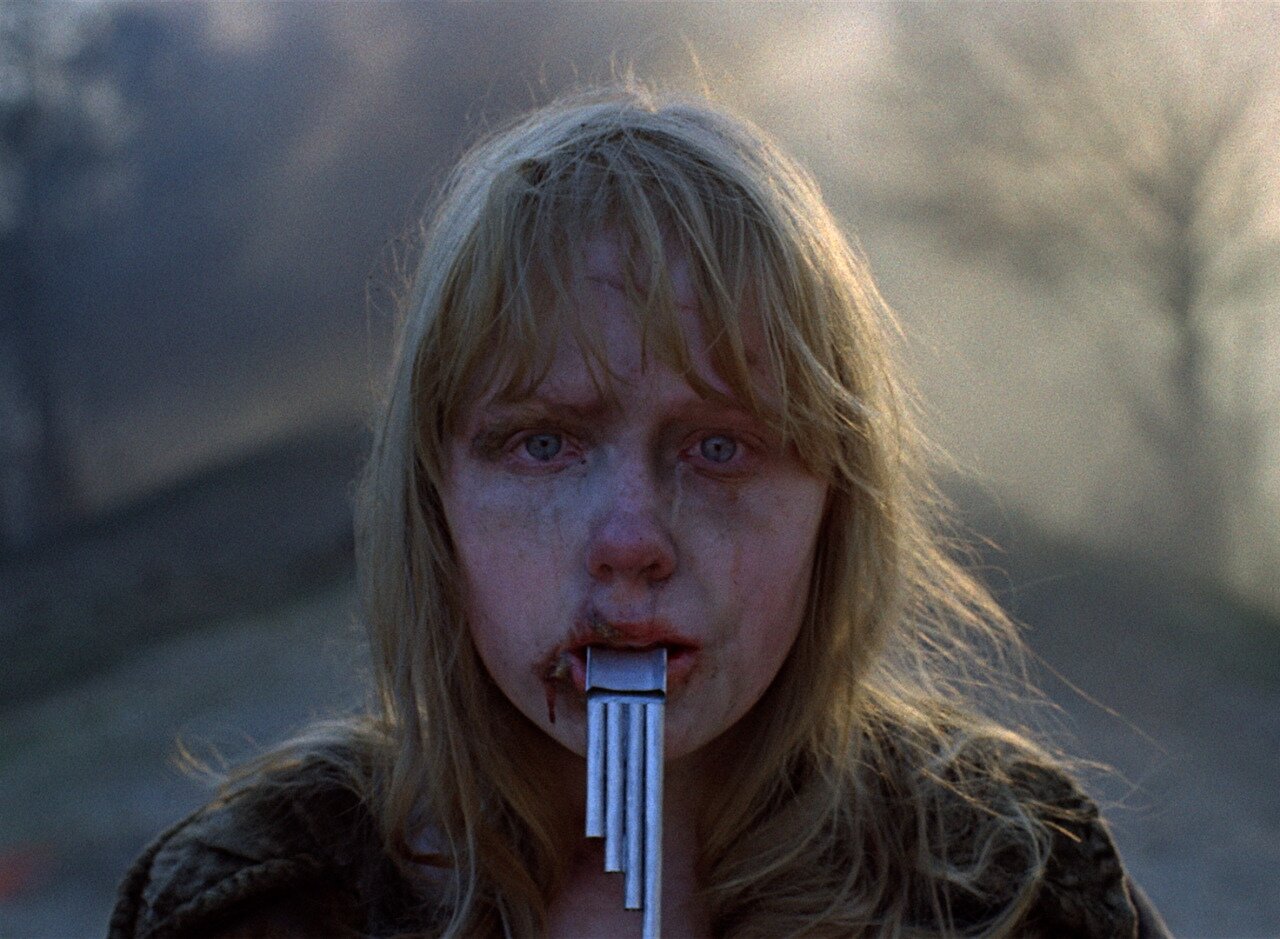 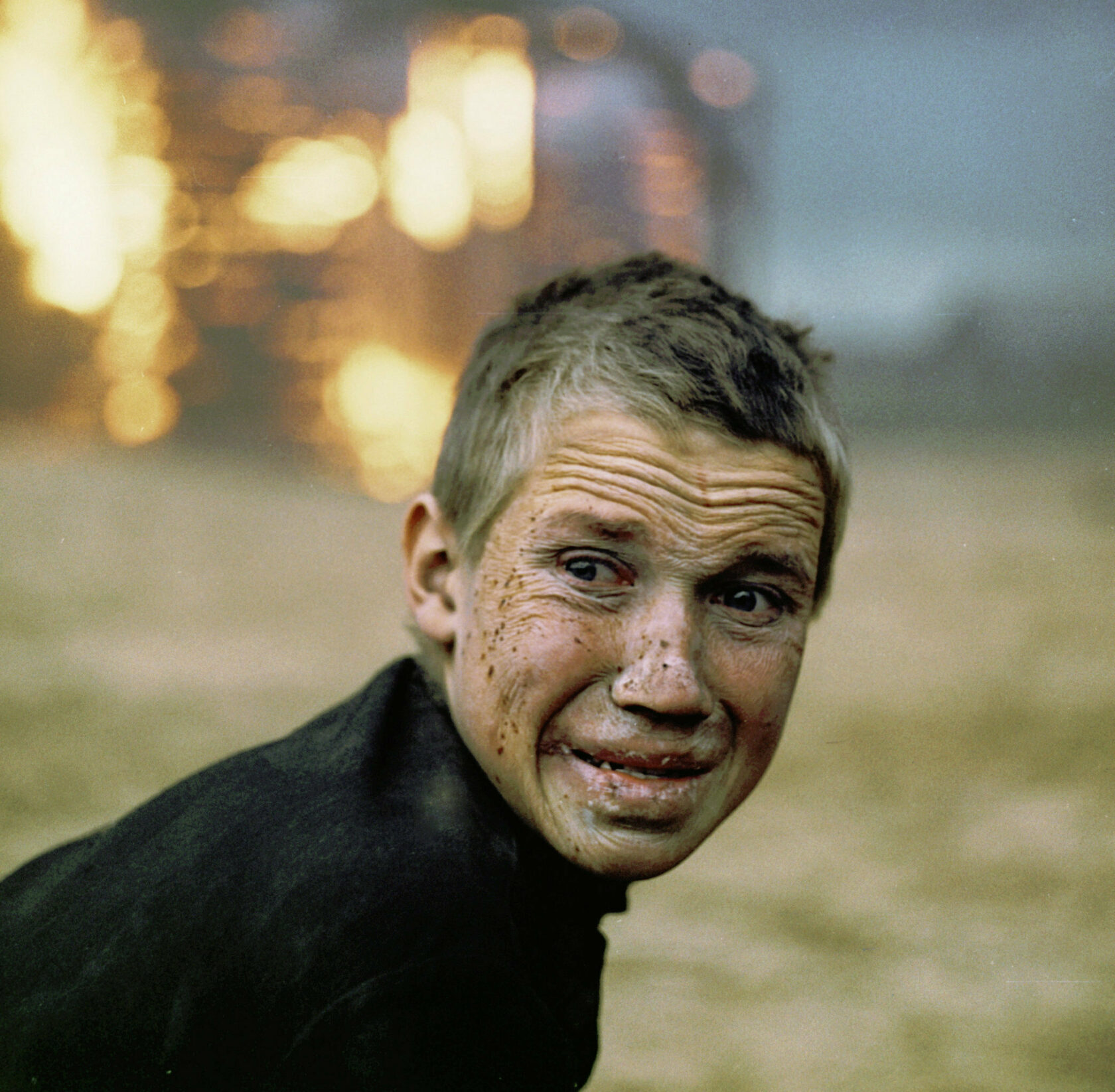 Requiem for a war

The topic of the Apocalypse is the fitting motif which accompanies the character on his journey. Destruction and death emerge on every level of the boy's descent to the bottom of something so severe that the human soul can't take. The viewer's hope that the story can't get any worse is quickly lost. All the symbols the movie is filled with are depressing, and every detail is unsettling. As the boy leaves his home, he steps on a nest, destroying the eggs, and he sees the stork – a symbol of birth and a new life; wet, unhappy and hungry. In the process of mourning the loss of his family, after trying to drown himself in the bog, Flyora gets washed, and has his hair cut as a symbol that his previous life had ended.

Multiple media are used consistently throughout the movie to draw attention to the camera. The uncomfortably long close-up stares of actors at the camera change to the occasional looks over the shoulder that make the movie suddenly look like a war chronicle. While long panoramic shots make the silence of the scene almost deafening, the circular mise-en-scenes suffocate the character and symbolize the levels of hell that he goes through. Klimov employs a range of different approaches that work together; naturalistic setting and colors interlace with surrealism, which operates in equal measure with hyperrealistic excessive concentration on the details.

Sound serves as a unique language that replaces words that the screenplay deliberately lacks. The original soundtrack by Oleg Yanchenko perfectly conveys the sense of urgency. The pressure and alertness that the organ sounds give are lost in the unexpected sounds ranging from the sudden fragments of distorted music, out-of-tune instruments, and explosions to the sounds of nature, bird chirping and insects buzzing. Panic of the crowd or loneliness – the soundtrack perfectly captures what the character feels and what's going on around him. The sounds surprisingly work together for one goal – to drag the viewer from the comfortable seat into the unknown territory of events. As the story reaches its climax, the grim and mournful Ride from Die Walküre by Wagner changes to Mozart's Lacrimosa, as the anger changes to apathy and the character leaves the scene. 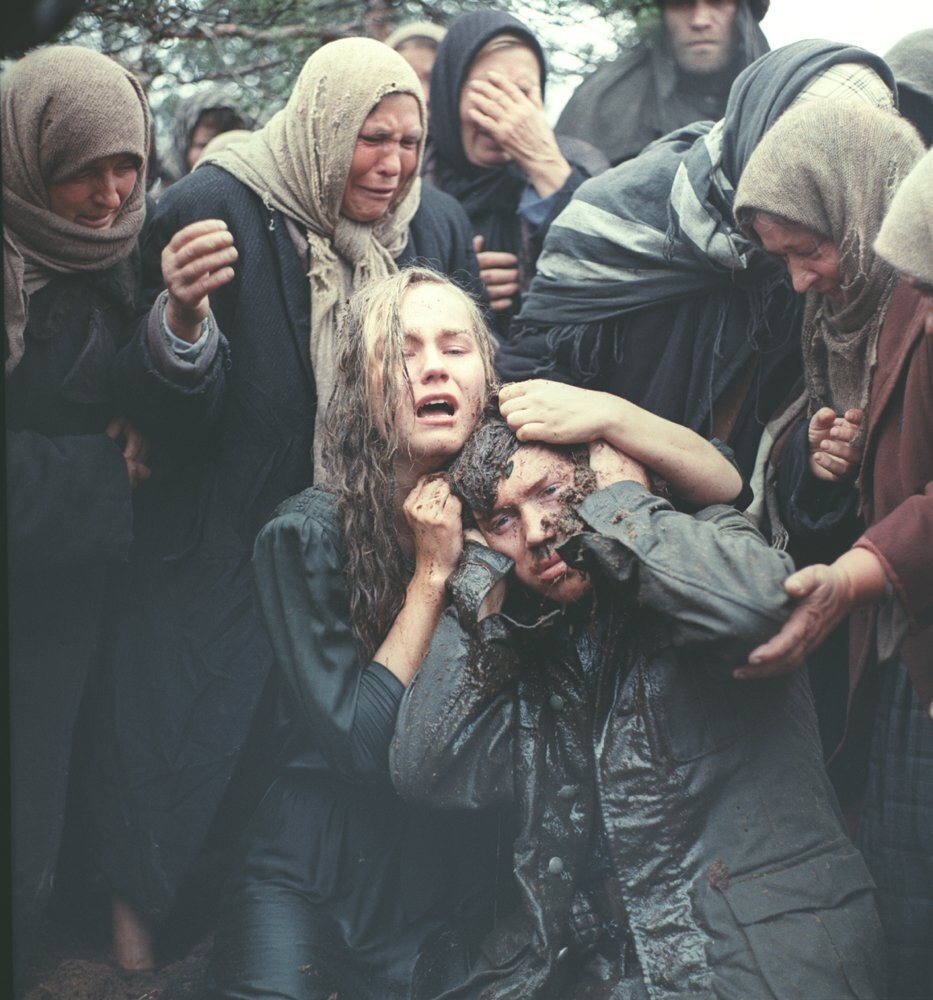 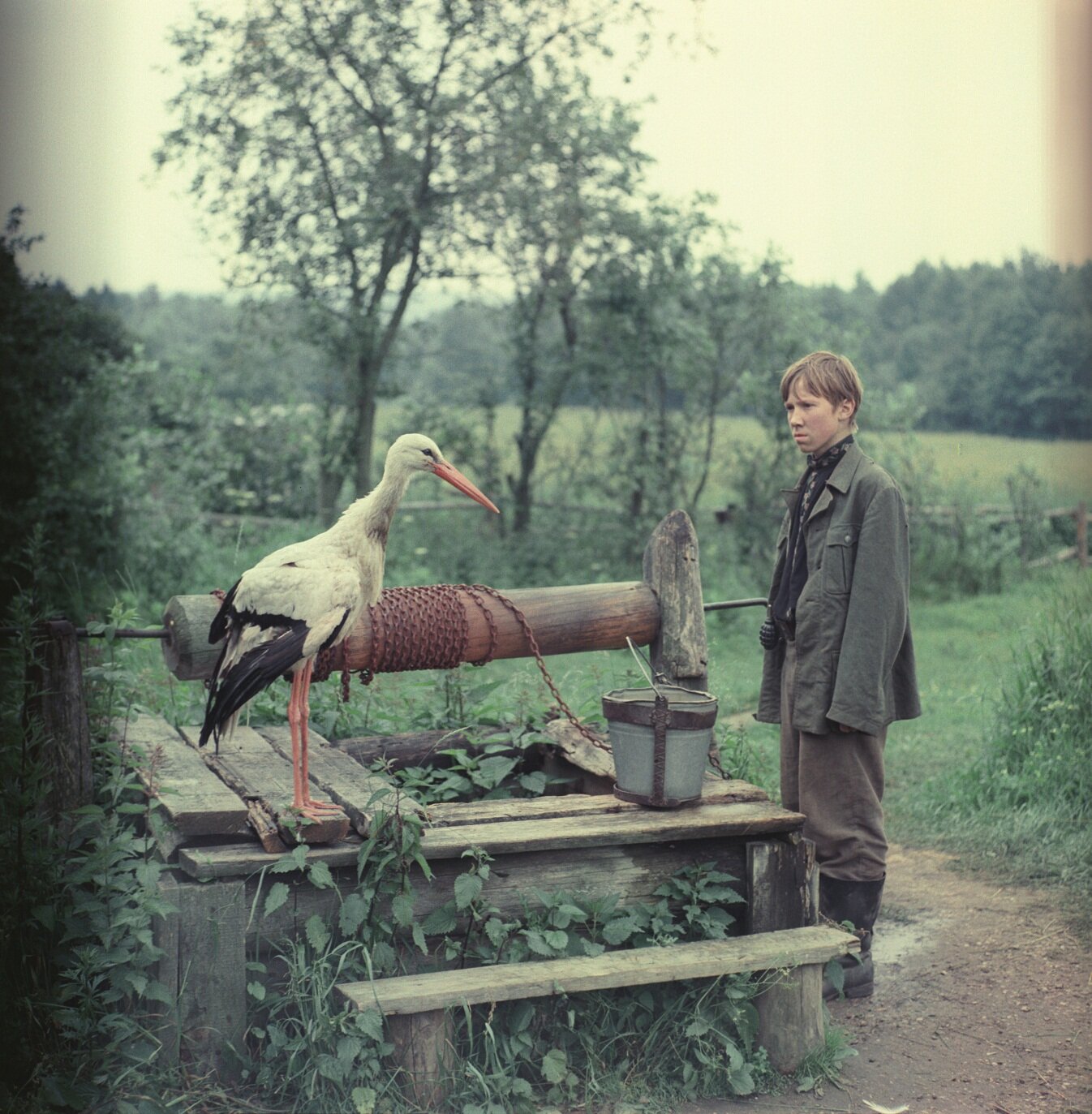 The movie resonates with its audiences on multiple levels: the story, the visual language and the sound. It's an uncomfortable movie to watch, but you can't turn away – there's nowhere to go. You came here and you saw it – like the tragic experience from Klimov's childhood, it will stay with you forever. The triumph of death, the hopelessness of reality. Brutal, futile war, the sight of which makes your jaws clench and the bile rise up in your throat. The story that has no retaliation, doesn't give an uplift of morale, leaves no signs of hope. It's factual and tragic to the point that calling it powerful feels immoral. The movie is affecting to the point of an emotional overload. Come and See is a true evidence of war and a plea for peace.