Queer Coded Villains and Where to Find Them
MEANING

Fun to watch, over the top, dramatic and so captivating – to this day villains draw all the attention with their eccentric performances in both old and modern media. The reasons behind such a spotlight might be considered both depressing and somewhat entertaining. This is the story about the consequences of cruel censorship and creative minds that found ways to get through to those who are lonely and disempowered.

19/06/2022
Bad but Relatable
With movies being on the rise during the roaring 20s, the questionable morality of the film industry caused by numerous Hollywood scandals was brought to the attention of religious and political groups. The set of self-censoring rules was proposed in order to rehabilitate the Hollywood image; the committee was summoned and in 1934 the list of rules about censorship known as the Hays Code was published. Nothing that would "lower the moral standards" of the audience was allowed, meaning that "no sympathy should be shown to the side of crime, wrongdoing, evil or sin"; all the lifestyle choices that were considered unconventional at the time were banned. If a fimmaker were to violate the Hays Code in their movie, a queer villain would emerge, wouldn't they?


Queer coding can be looked at from different angles. There is no debate that queer identities were known and always existed both inside and outside of cinema – as an audience and as writers, producers and actors. The desire to be represented on screen and the desire to portray your identity and your struggles translated into allusions, subtle implications and coding, which could be easily picked up on by the community. Alienation, fear of being discovered and punished, self-acceptance, found family, denied love – all these topics are universal, however, especially close and personal for many queer people; they acquire particular significance when translated in a queer context to a wider audience – it makes people relate to those presumably queer characters.


However, for the mainstream consciousness in the last century anything queer associated with something evil, indecent, thus by association queer coded characters suited well for their villain roles. Unnatural, deserving no pity or mercy, queer coded villains should be scaring the audience with their promiscuous tendencies and the power to destroy all natural and encroach on the only right course of the human existence. Written so carefully to get around the censorship, queer identities carried by antagonists played into stereotypes, thereby strengthening them in the heteronormative homophobic society.

Queer for the Public and Queer for the Community
Queer identities, marginalized, forbidden, have been portrayed through suffering, heinous punishments, mental illnesses and crime for a long time. Hiding, because of rejection of the world, monsters in the eyes of the public – this theme stuck with queer antagonists and lead to alluring predatory vampires, werewolves living a double life and suffering from lycanthropy, sexless monsters that have nothing humane in them being seen through the rainbow lens, too. Horror films demonstrate clearly what society fears – the change, the destruction of boundaries, an attack on normality.

It might look ironic now, but the 1936 movie Dracula's Daughter was promoted with a slogan "Save the women of London from Dracula's daughter" and criticized heavily for the scene where said vampire daughter seduces and attacks her victim, an innocent-looking lady. In the context of queer coded topics in horror, The Lost Boys (1987), Carmilla (1998), The Wolf Man (1941), Frankenstein (1931) are always at the forefront of discussion. The whole attitude of the mainstream culture towards everything queer is perfectly illustrated by the sci-fi thriller Alien (1979) that plays on all fears of heteronormative cisgender audience with its ambiguous gender neutral characters, the AIDS crisis and birth allusion, and the scary creature that represents the binary, the twisted, forced motherhood, and gets destroyed. This is what the queer villainy implied for many people – a threat to the norm.

Besides the horror genre, queer topics are believed to be widely present in Disney's animated films. The reason for that being that many workers of Disney were queer themselves and were smart enough to get around the self-censoring rules. However, while the presence of queer topics is still sometimes up for debate, the queer coding of antagonists can be seen as clear as day. Among other huge film studios, Disney has the most culturally significant villains in cinema's history. By trying to draw a thick line between good and evil, Disney writers often relied on certain stereotypes associated with queers – flamboyant nature, love for the drama, excessive body language, over the top attitude.

It all comes to mind when you notice those traits: Captain Hook from Peter Pan (1953) wears exquisite attire and accessories, and is too close with his bosun; Jafar from Aladdin (1992) has a slender build, wears makeup and speaks with a feminine voice, Hades from Hercules (1997) feels like a Gay Best Friend with his cocktail drinking, hand gestures, and all in all sassiness. It all comes to mind when you notice. Villains are made to be juxtaposed to the masculine protagonists, but as it turned out, they are much more fun to watch. Queer coded villains are often an attention grabbing spot because of their looks, too. Cruella, The Evil Queen, and Maleficent share a very distinctive trait: their facial features, makeup and wardrobe are too much for the normality of the worlds they exist in, not to forget the legendary Ursula from The Little Mermaid (1989) that was designed after the drag queen Divine. In the end, all the features mentioned make queer coded villains stand out, but unfortunately hard to root for. They lie, manipulate, they are cruel and unjust. It's easier for the writers to give such characters queer traits, it's safe – they are no heroes, no role models, and they will never be. 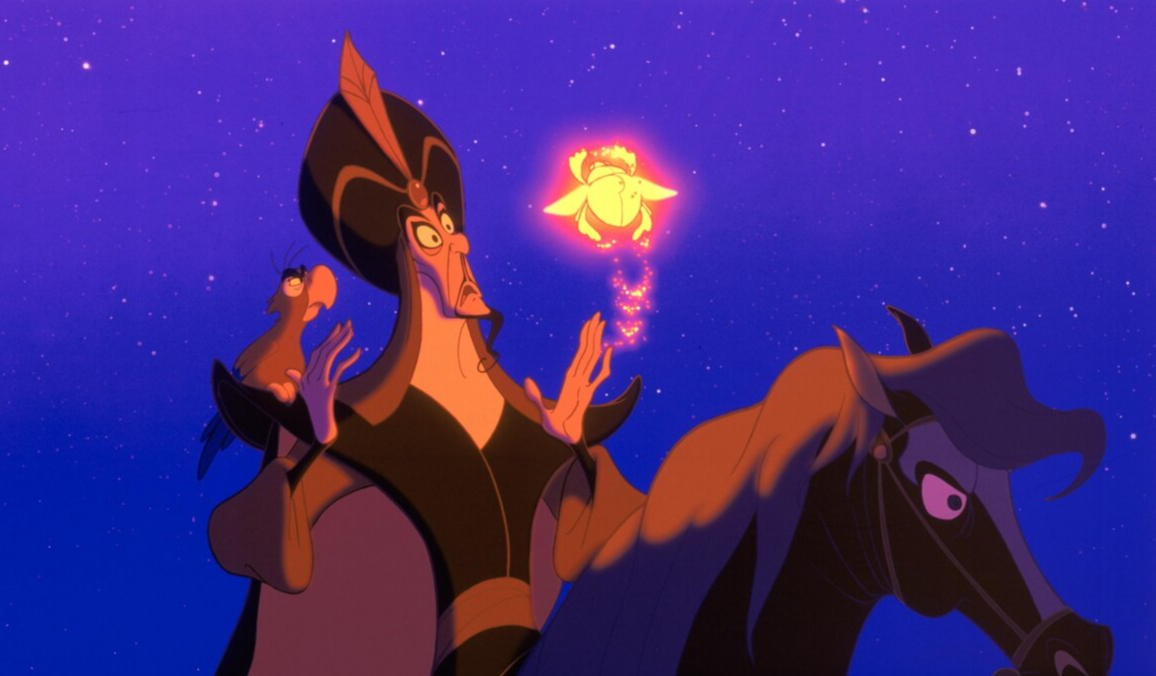 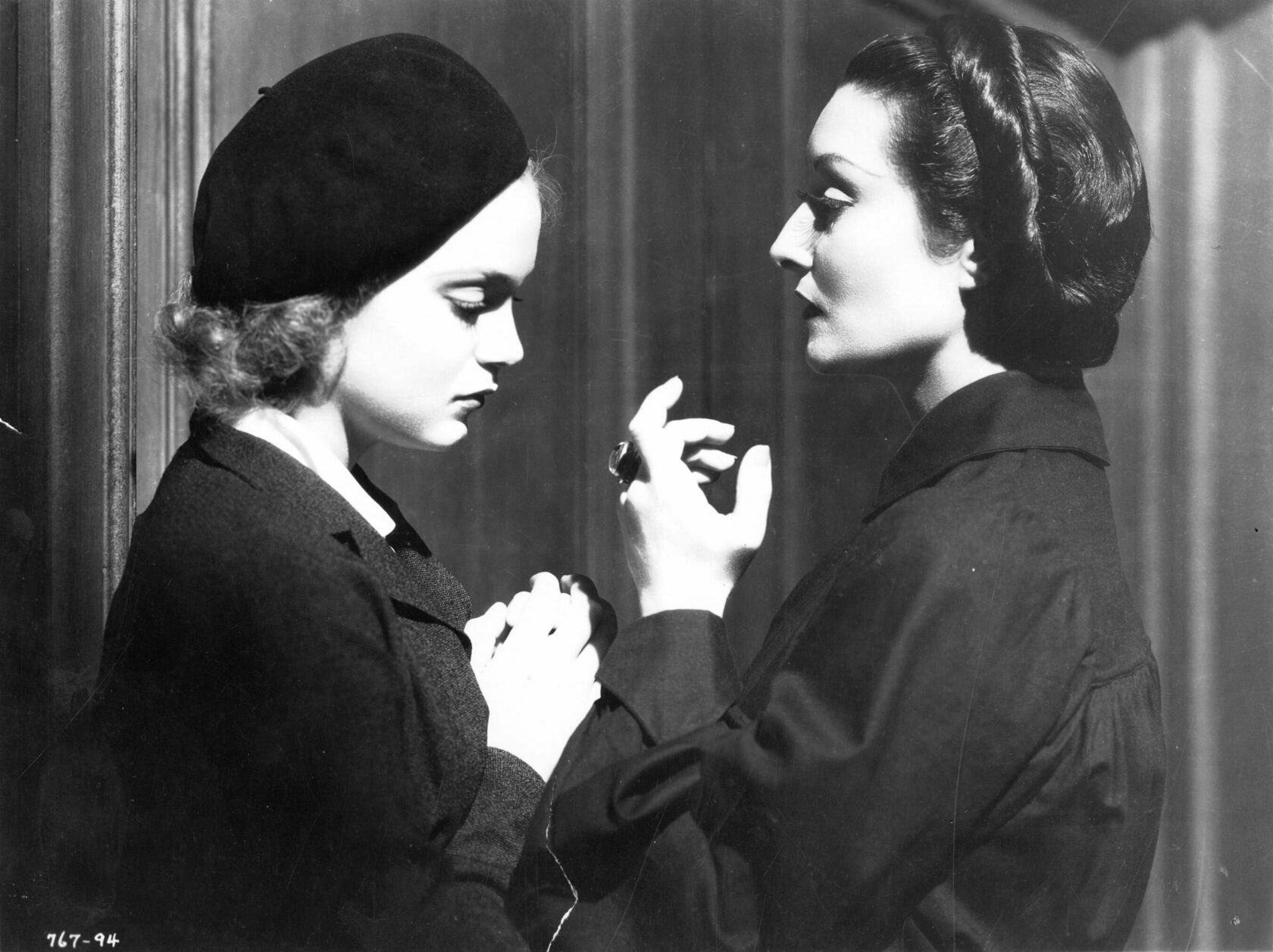 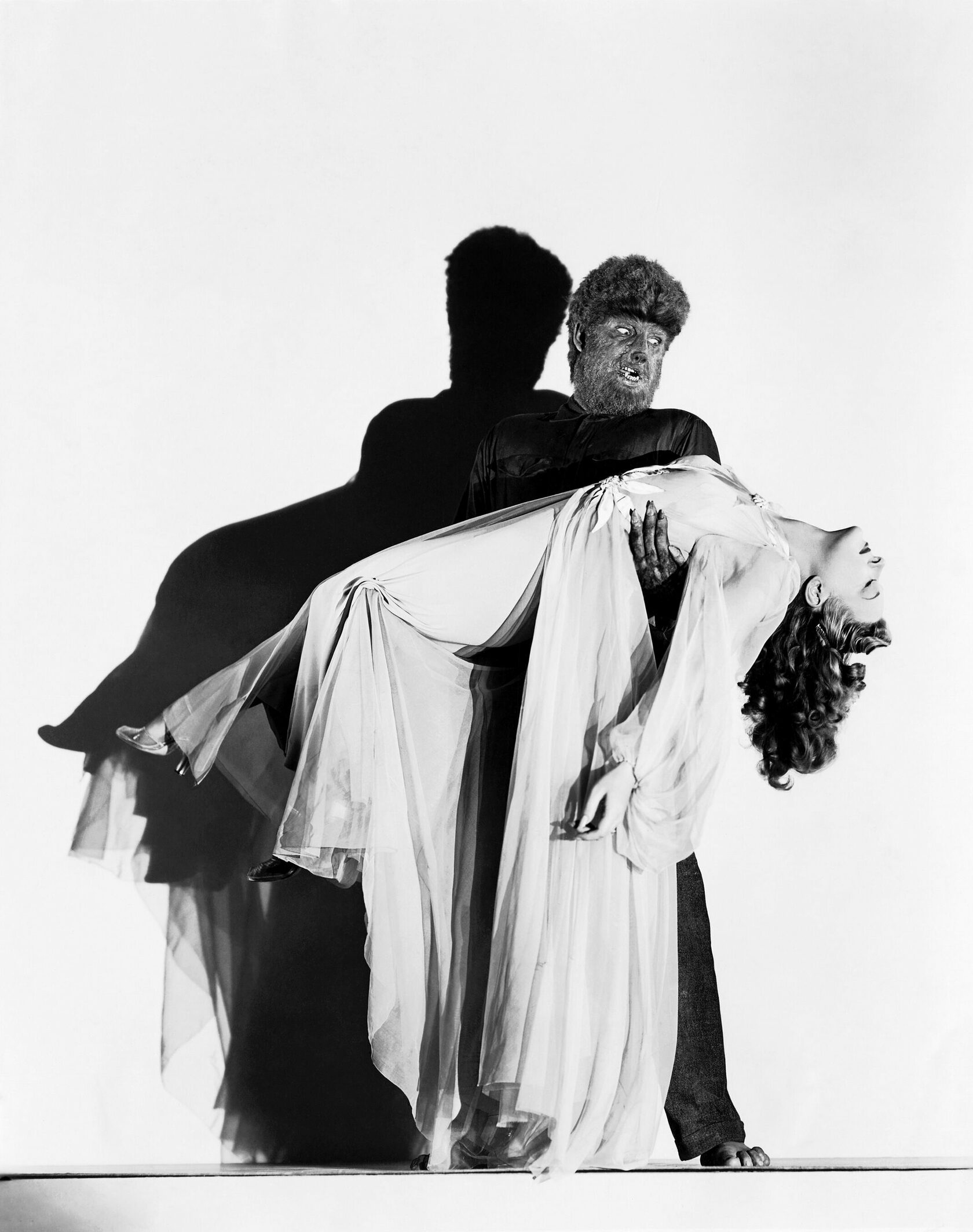 Queer Criminals
Now, queer coded villains are still a thing in the media, but get less and less memorable portrayals over the years: Xerxes from 300 (2006), Raoul Silva from Skyfall (2012), Joker from The Dark Knight (2008), Roman Sionis and Victor Zsasz from Birds of Prey (2020), Loki from Thor movies (2017-2022), Gellert Grindelwald from The Fantastic Beasts franchise (2016-2022). Alas, the new live adaptations of Disney animated films are lacking the infamous sassy villains, but in the recent decades, queer coded villains found their safe haven in TV shows.

Queer coded criminal romance is something that never fails to captivate the audience. NBC's Hannibal (2013-2015) is a prominent example of an early 2010s show that gained a huge audience by a captivating dynamic between the two male leads. This portrayal of Hannibal differs from what we've seen from Anthony Hopkins in the early 2000s Hannibal franchise; here the antagonist is a very likable suave psychiatrist and a killer who becomes interested in Will Graham, an FBI profiler, and in the course of the series portrays his devotion and love to him. Though his sexuality is never discussed, the dialogues and some visual clues could point to him having bisexual desires and acting upon them.

Alongside the love for drama and over the top attitude, flamboyant looks are a staple for another villain, Oswald Cobblepot (The Penguin) from Gotham (2014-2019) series. He and his counterpart, Edward Nigma (The Riddler), are both explicitly queer. An iconic comic book character Penguin in the show is eccentric, wears makeup and is in love with the Riddler. Their devotion and admiration towards each other made people sympathetic towards the couple, thus instantly making this queer villainous couple fan's favorite. The more recent example would be Villanelle from Killing Eve (2018-2022), a dangerous and sexually promiscuous killer, who in the course of the series accepts her love towards the protagonist, Eve. Maybe not all of those queer coded villains are intended to be blatantly queer, but the result is what matters for the big LGBTQ+ audience that is excited to see some gay relationship dynamic; sometimes a little hint here and there is enough for a character to be accepted by the queer community. Alas, Hays Code or not, the relationships between the two villains could never work out on a screen. 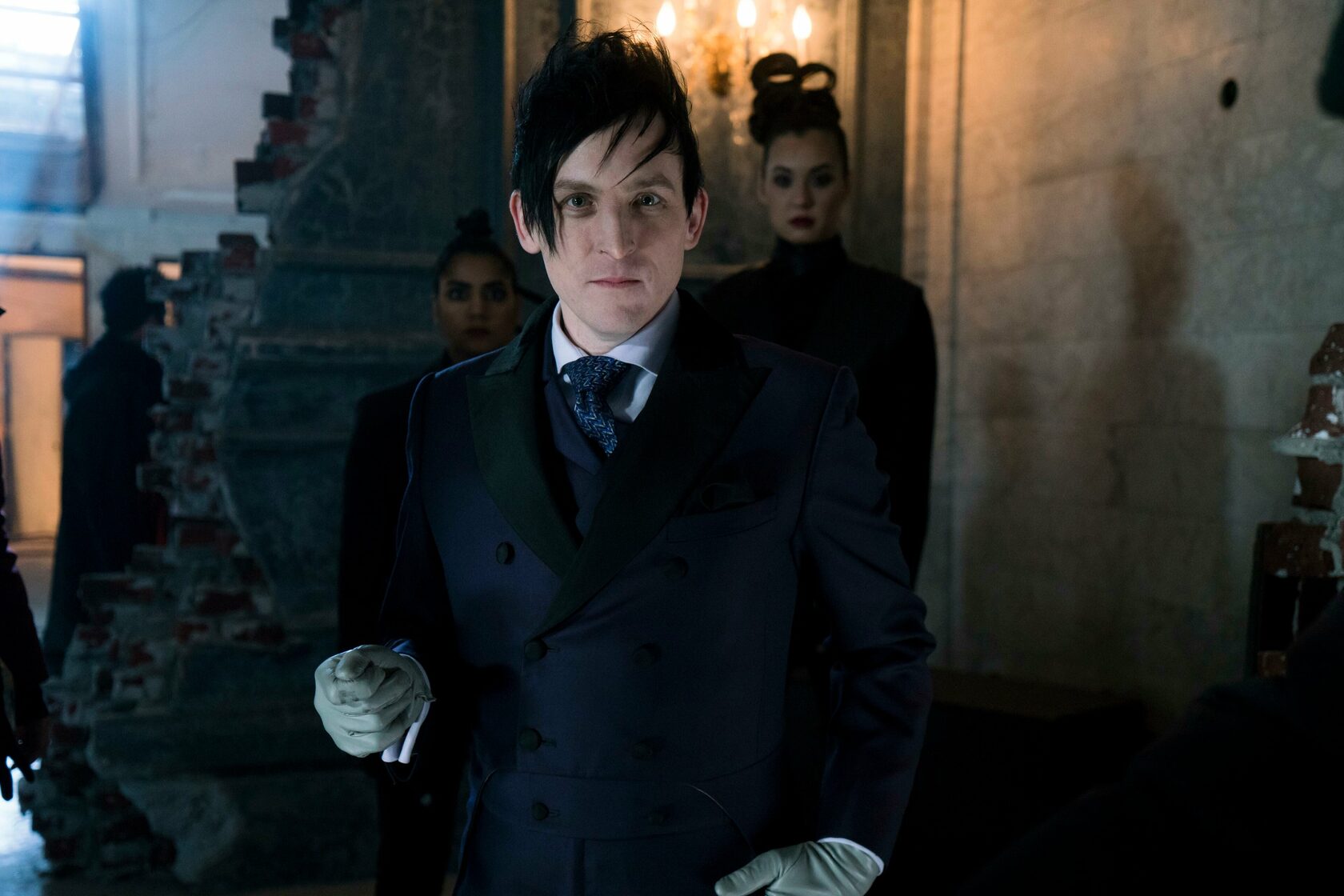 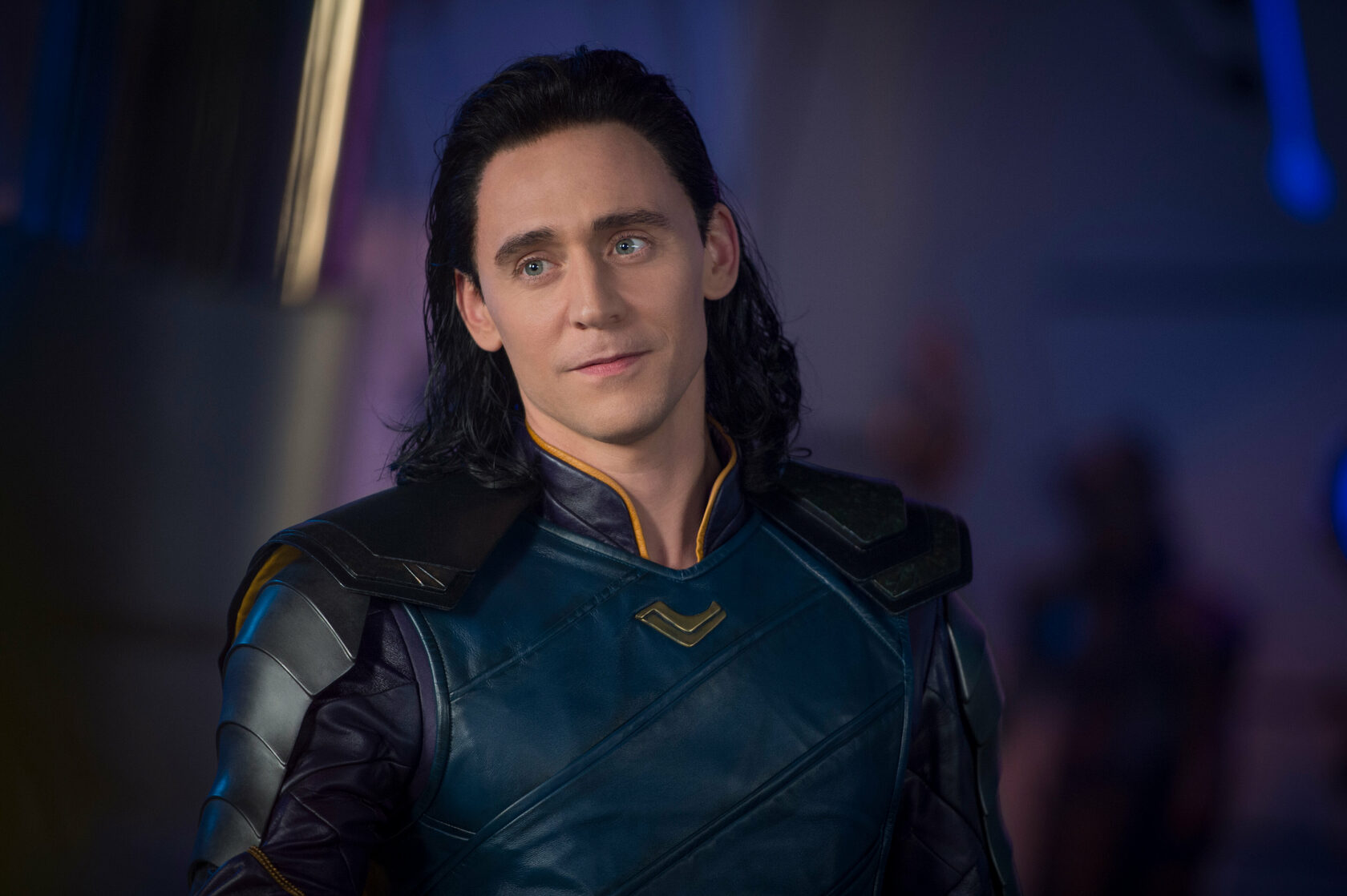 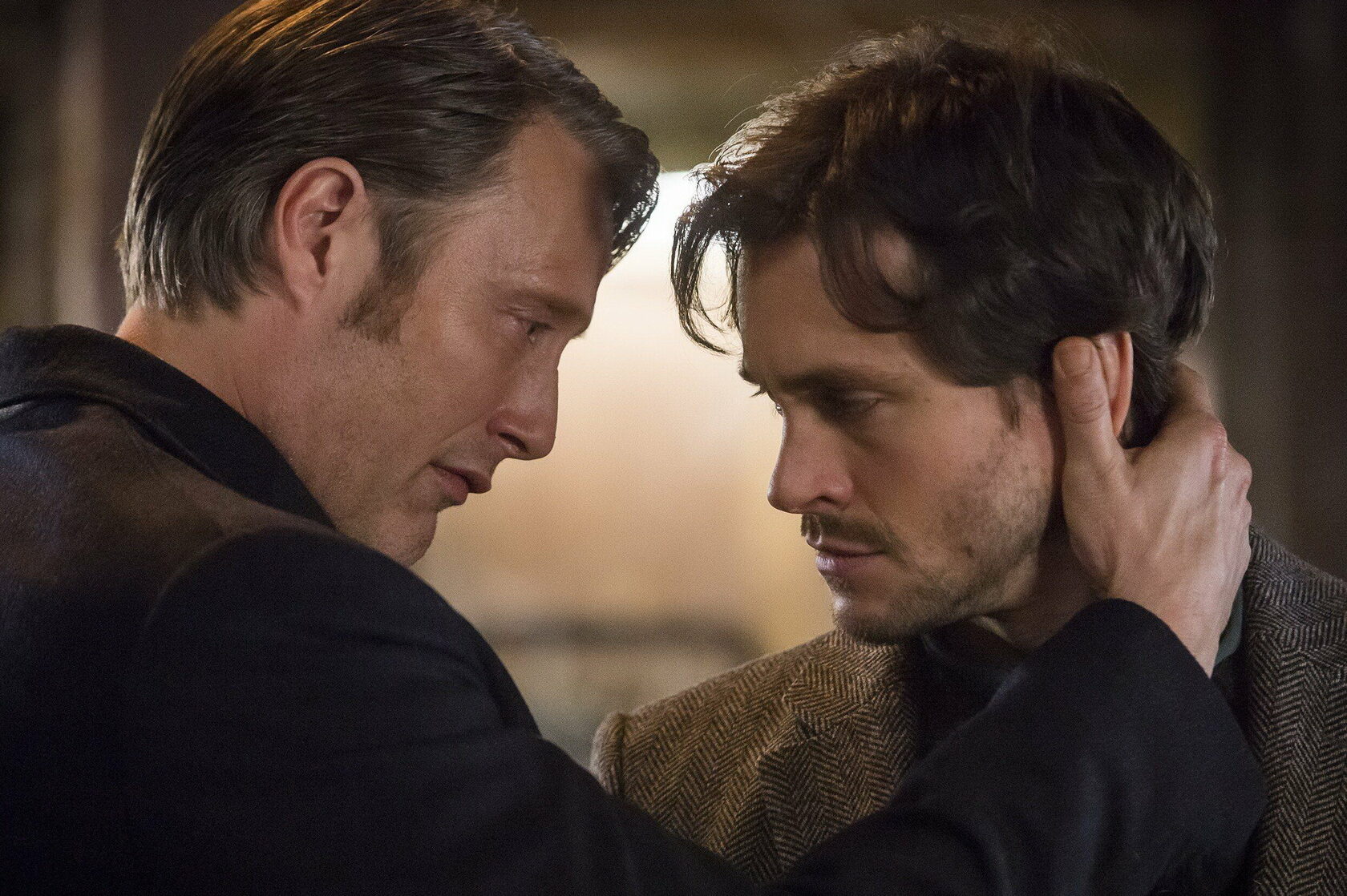 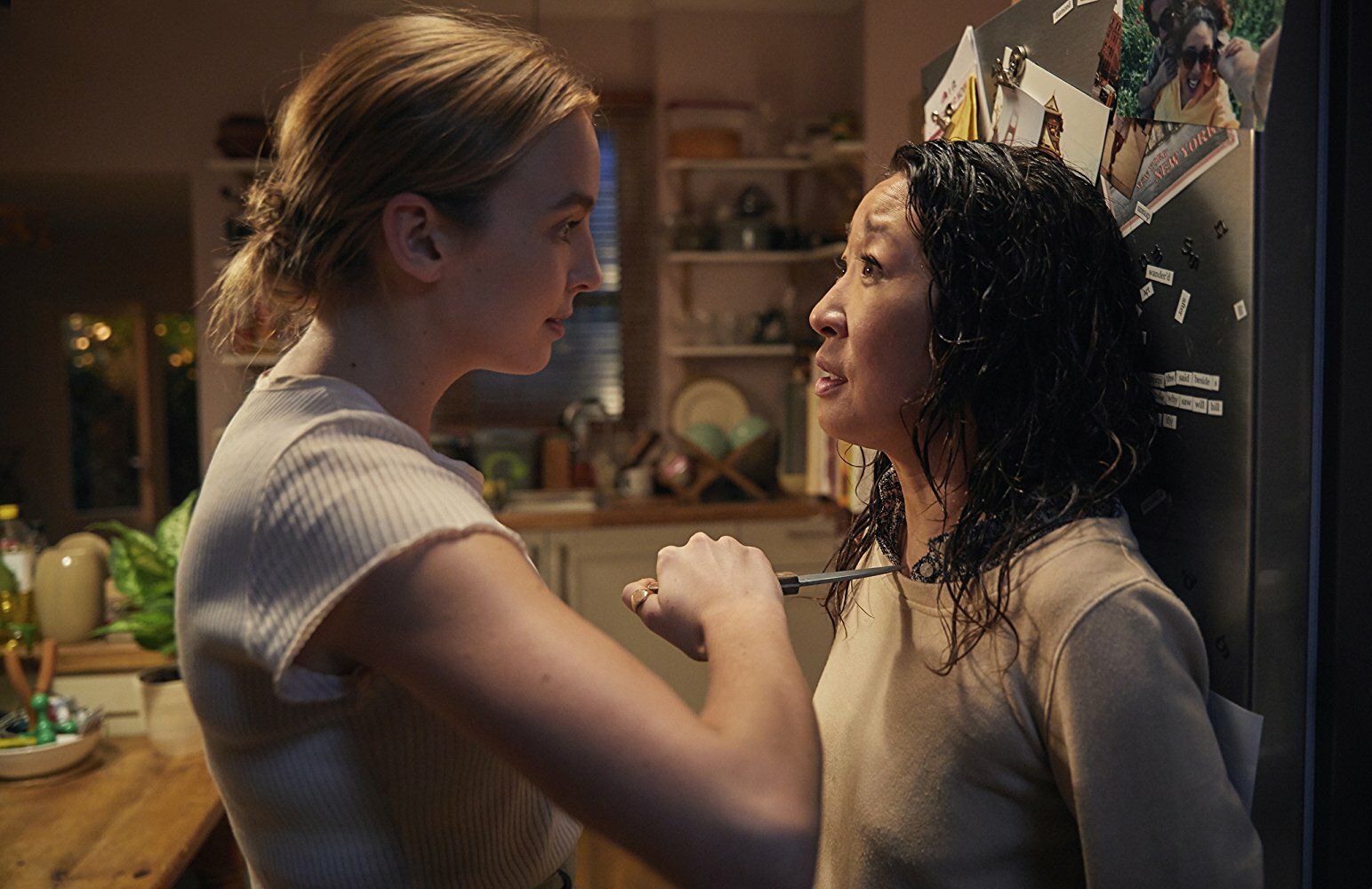 We Need a Hero
The laws faded into obscurity, but the tropes never went away. Now, queer identities are more welcomed than ever, but film executives are still afraid to make a righteous queer hero. The queer audience is growing and maturing, looking for representation, while the movie corporations are looking for a safe choice to make. This dilemma usually leads to two things: queerbating, a safe alternative to give enough material for the audience to read into without risking, and killing off the queer characters without properly developing them, which is known as 'Bury Your Gays' trope.

Even grotesquely bad and based on stereotypes, villains still resonated with queer people and acquired sympathy through them being unapologetically themselves. The gay villain trope may be damaging for the representation at its core, because queer coded doesn't always mean queer, sometimes stereotypes are used for comedic effect or better visual distinction between good and evil characters. However, like in the Disney case, excluding such a big part of queer culture is upsetting to say the least, and will push the community to reappropriate and recontextualize already existing stories.

Cinema should be culturally relevant and with the high demand for queer content the best choice might be to leave those queer coded but make them more self-aware or even explicitly queer. The future looks bright and should be more accepting towards making more non-stereotypical queer characters. We had our queer villains. We are ready for our queer heroes now.