Queer, Young, and Out of (Straight) Time
MEANING

In other words, Muñoz points to the fact of heteronormative society eliminating all hope of the queer counterculture to flourish; in order to become truly queer, one must exist in the future. An impossible task, you may think – and you would be correct, for we can only exist in the present. It makes sense, then, to crave stories of queer youth: be it a contemporary tale of young love or an off-the-rocker, bonkers extrapolation upon very real historical events, a story about someone being young and queer represents a desire to see the happy future for the happy queers. In recent years, it seems like this desire has broken through the cracks into the mainstream with unprecedented force. In this brief round-up of on-screen queer stories, we'll look at the surprising variety of the expression of youth specifically in a few recently released mini-series on Netflix and HBO.

In his book on the exploration of the nature of queerness Cruising Utopia, Josè Esteban Muñoz offers a look at "queerness as a horizon". The point is that utopian queerness is ever-present and looming, but never approaching a point in time in which it is allowed to exist on its own terms.

An HBO original written by David Jenkins, Our Flag Means Death (2022), broke the charts this past March with extraordinary critical acclaim and raving audience reception; it simply had some corners of the Internet in a chokehold. Many praised the racial and sexual inclusivity that was handled extremely well, the imaginative plot and charismatic characters, and, most importantly, the love story – for many reasons. Of course, the love story of a seasoned pirate terrorizing the East Coast and an eccentric nobleman throwing himself into the depths of piracy might seem like a strange pick for the opening to the list of queer youth media. The notable aspect of the show is its handling of queer relationships blossoming later in life, and of the queer characters otherwise expressing and exploring their identities way past their teens.

But what is youth? A physical manifestation of it is one thing; but what about the drive that permeates the years of early life? What about the hope, the lust for life, and the healthy recklessness that comes with it? In this regard, Our Flag Means Death, with its blossoming relationship between middle-aged men that are just discovering what real love is like, displays the classic tale of youth. Remember how I mentioned "queerness as a horizon" in the beginning? When talking about the ideal queer existence, Muñoz suggests that it is preferrable to refuse to exist in the present; what he calls a "queering of time" is necessary, in fiction, theory, and politics. What this suggestion of "queering time" translates to is, for example, a refusal to adhere to real human history. Who the hell needs another show with a script off the Wikipedia page? That's right, no one. Certainly not Taika Waititi, the director of Our Flag Means Death: "I just played Blackbeard in Our Flag Means Death. I went on Wikipedia, I typed in Blackbeard, and there's too many words." [x] The "queering of time" in the show is magnificent. Barely a minute of the plot is historically accurate, not a word is true to the manner of speech of the 18th century; the historical, "straight" time is simply not a real concern of the show at all. Apart from providing great entertainment, it serves as the embodiment of the modern audience's dreaming, youthful and naive, the pinnacle of escapism, imaginative and brave. It is also, of course, an example of queer people existing in a perfect world, living through their youth in the absence of it. Incredible. Stick it to the big bossy heteros with their real-life propriety, amirite?
It should not be assumed that the praise of skewed time in a near-fantasy, anti-historical world implies disdain for queer existence in the real world. Muñoz did not mean that; we can imagine a world in the near future, or an alternative present, that seems so close we can almost taste it, yet it is still fictional and sickly-sweet and dreamy. Exactly this – sweet and dreamy – is the Netflix mini-series Heartstopper (2022), based on a popular series of comics by Alice Oseman and released on Netflix this past April. A story of two high school boys falling in love is incredibly mundane: signing up for rugby because of a crush on the team, going out to parties despite being an introvert because of a crush going to said parties, googling "am I gay" quizzes because a crush is actually, really, seriously is a crush, and he is a boy, – all this is clichéd, perhaps. But that is the real queer youth on a real screen: right here, in a classroom just like the one that millions of teens attend all over the world. The conflict of the show (at least in the first season released to date) never goes beyond the coming-of-age type of struggle about discovering one's sexuality for the first time, the crisis being averted swiftly and sweetly. The ending, therefore, is quite predictably happy, with a seemingly bright future ahead.

Despite the conventional genre of coming-of-age gay love story, the magic of time in Heartstopper comes directly from its casual hope for the future. By sitting these boys down in the schools that each of us has or will have to attend, Heartstopper warps the time around us, makes the audience get a glimpse of the realistic future that is actively being built in the present. The hope for queer utopia seeps through the awkward dates, the deep conversations, the soft kisses and the happy endings; it comes alive in the familiar, realistic setting of the show. In a way, Heartstopper is a story about the youth building the world wherein queerness is allowed to exist safely, in its own, future pocket of time – on the "queer horizon".
There has been a focus on queer happiness in the shows discussed so far, namely because the tendency to override queer joy with heart-wrenching drama is all-too familiar to even a casual movie enjoyer. It is important, however, to acknowledge that challenges are the inherent part of life, and certain struggles come along the way regardless of gender or sexual expression. The problem is often the tipping of the scales towards the sadistic depiction of violence, trauma or other struggle in connection to the characters' sexualities, a harmful emphasis on the negative potential of simply existing as queer. It is not, however, always the case. In 2021, Netflix released Lisa Ambjörn's Young Royals – a story of a young prince of Sweden dealing with the consequences of his public misconduct and falling in love against all odds. This Swedish series really is, first and foremost, a drama: in just six episodes, the prince's life turns on its head, and the lives of the people close to him are drastically affected as well. The whole world is an adversary to young love, it seems.

What Young Royals does, however, is carefully navigate the boundary between the realistic and the hopeful: despite the odds, despite the pressure, there is plenty of room for genuine love and connection between the prince and his lover. The youthful enjoyment of life and first love is stolen by cruel circumstances, but it's almost like being young is a superpower: the love is fought for, and the scenes of intimacy are soft, glowing, and cherished. The "queering of time" occurs almost casually, but nevertheless with purpose and rebellious spirit. The atmosphere shifts, the light changes, the time slows down whenever these two are together – truly, alone, left to explore their feelings. In this regard, Young Royals is one of a few queer teenage shows that lets its characters explicitly explore their sexuality on-screen. It would be wrong to say that the narrative does not punish them completely ­– but the aforementioned careful handling of the line between "too much" and "just enough" comes into play again. Young Royals combines the majestic, escapist atmosphere with the realistic approach to the themes and conflicts it depicts. It is, first and foremost, a story about teenagers at school, trying to figure out their relationships with friends, parents, siblings, and each other. The pockets of comfort that they manage to find and share are endearing, promising hope, and, inevitably, bittersweet. 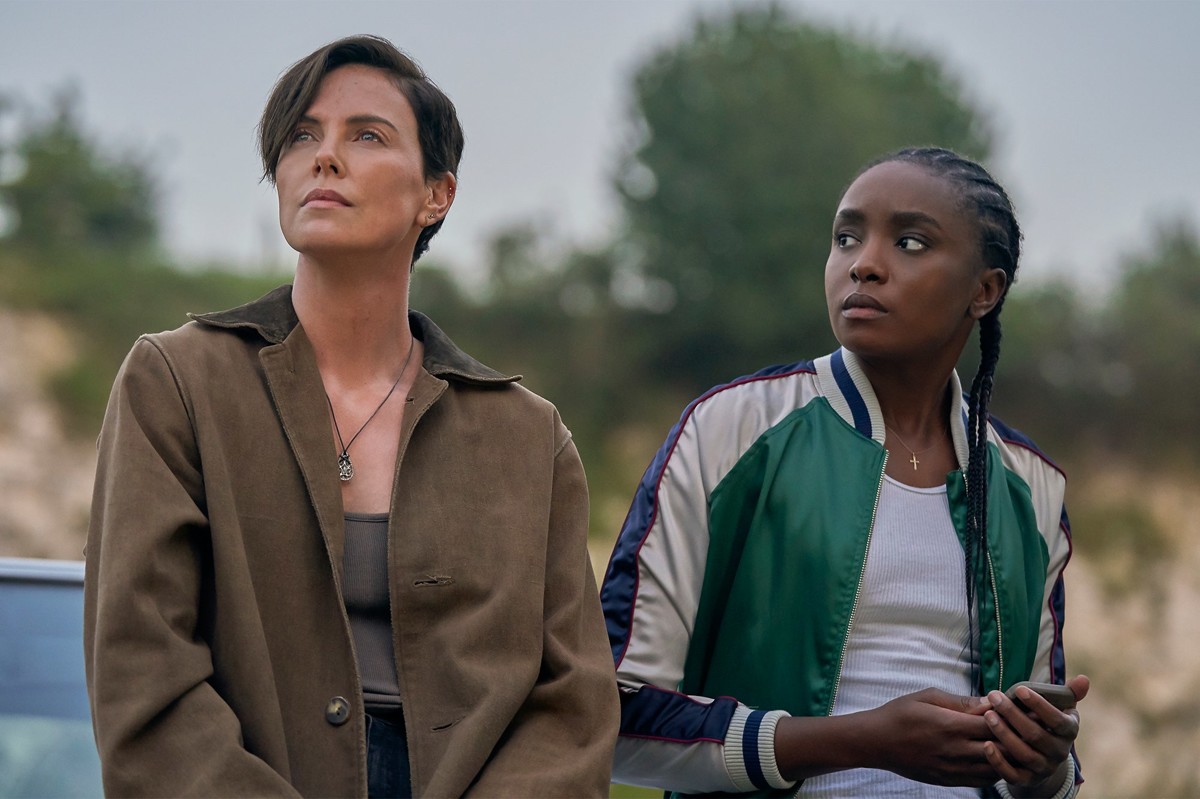 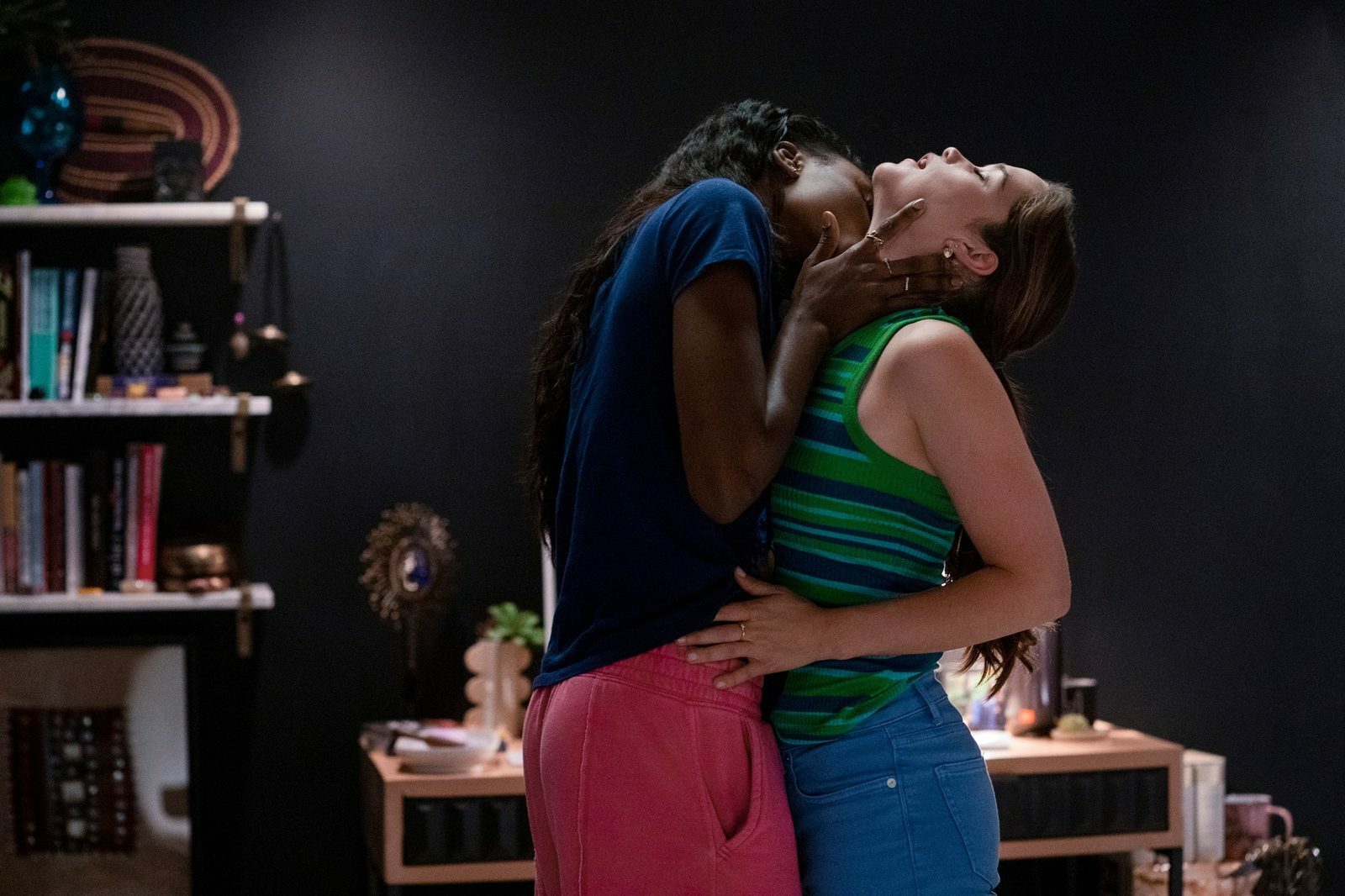 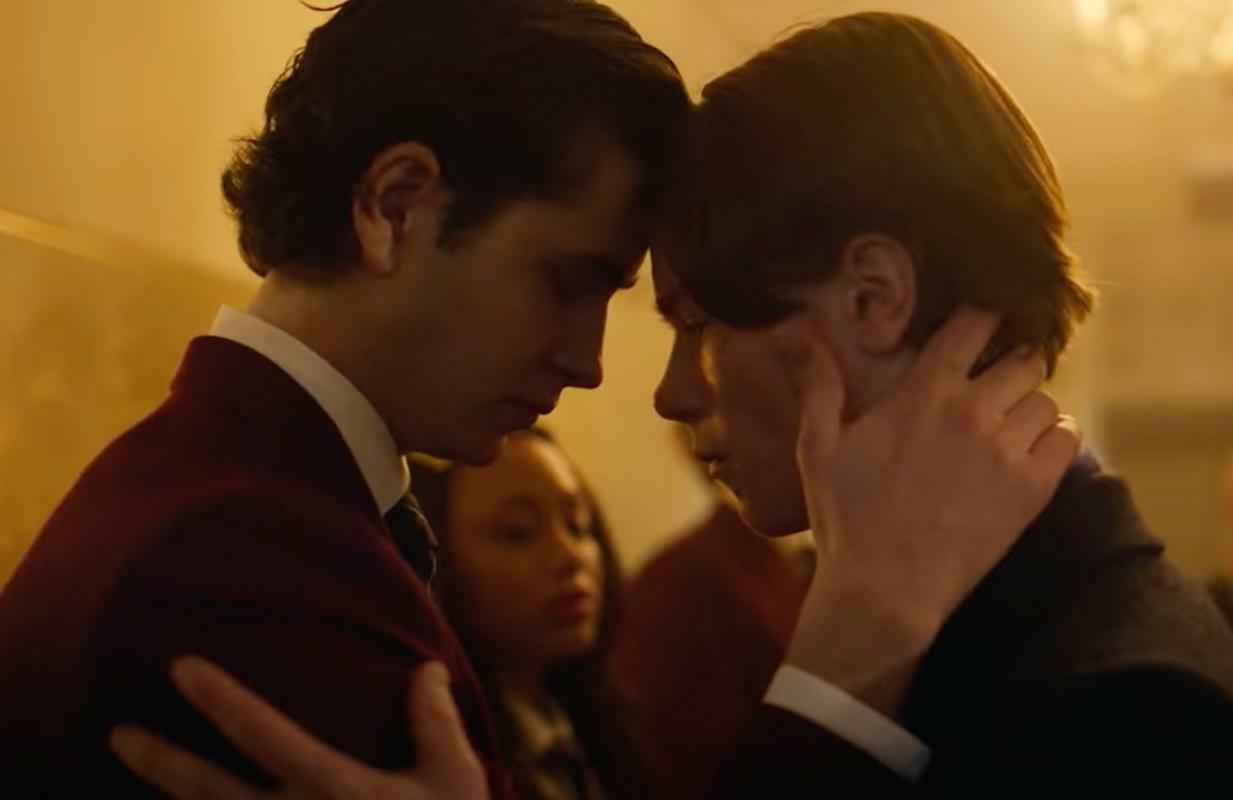 In closing, it would be appropriate to briefly mention another aspect of the possible "queering of time" that has been done many times over and thankfully keeps reappearing on our screens. The cinematic effects of slowing time around the lovers are one thing, but what if the time was slowed, or completely frozen, as part of the plot of the story itself? What if the queer characters were allowed to exist in spite of time, forever youthful, forever joyful? There is a multitude of examples of immortals in media, but the explicitly queer ones are few and far between. Just two years ago I had the pleasure of watching two immortal guardians of the earth preserving their love through literal centuries in Greg Rucka's The Old Guard (2020) – and it changed me forever, I think, and it has the potential to change you as well. More recently, Victoria Schwab's First Kill (2022) showed the world what the lesbian vampires and their huntresses are all about – messy, campy, but all the more queer for it. These examples, once again, challenge the concept of "straight time" – in a literal sense, by not making the characters age, of course.

After all, there is no greater refusal to adhere to time imposed by a patriarchal society than the ability to fuck it up completely. Right?