Nation History Persona Exceptional Meaning Reviews Shots About us Contacts
Fritz Lang's Metropolis: How 1927 Silent Movie Influenced Whole Modern Pop-Culture
MEANING
by Anna Shabashova
12.07.2020
Fritz Lang's Metropolis (1927) is, perhaps, one of the most grandiose films in movie history. 370 shooting days, 620 thousand meters of film, 30 thousand extras, including 750 children, 200 thousand Deutsche Mark (in terms of the 2020 rate, this is about $701 900) for making costumes and more than a million Deutsche Mark (in terms of the 2020 rate, this is about $3 510 000) for production — these are just a few numbers. At that time it was the most expensive film ever made. During two years of its creation, the budget of the movie grew five-fold and literally devastated the German state treasury, without bringing the expected profit at the box office. But as it often happens, the value of the picture became apparent only after a while.
So, what's this film about?
Metropolis is the first science fiction drama in cinema history. The movie takes place in a beautiful city of the future, grandiose Metropolis, in the guise of which Art Deco and Gothic elements intertwine. Tall skyscrapers, millions of lights and flying cars — this is Fritz Lang's vision of the future. In the centre of the city stands the majestic tower of the mayor and the creator of Metropolis, Joh Fredersen.
But it's not all rosy in the city of Metropolis. In fact, the city is divided into two worlds isolated from each other. Upstairs, in the city of flying cars, skyscrapers and luxury, lives the carefree ruling class.
Downstairs, in the vast underground city of the catacombs, poverty and darkness, lives the working class. This place is ruled by the mythical god of machines, Moloch, who often requires human "sacrifice". The workers lead a miserable existence in the dungeons, working for the good of the city, while the upper ground elite enjoys freedom, luxury and power. Someday it must come to an end.
It is needed to be said that there are many Bible references in the film. For example, Joh Fredersen's tower refers to the biblical tower of Babel, life in the underground is basically Hell on earth, and the upper ground Metropolis reminds of Paradise and it's gardens. It is not a coincidence. The main idea of the film is reflected in its epigraph which is taken from the Bible: "The Mediator Between the Head and the Hands Must Be the Heart" .

The Head is the ruling class, the Hands are the proletariat, but who is the Heart? The answer is Freder, Joh Fredersen's son, and his lover Maria, a girl from the down city who is a saintly figure to the workers. Together they decide to save the workers. But it's not as easy as it seems. The villain of the film is a frightening inventor Rotwang. Following Joh Fredersen's orders, he creates a human-like robot which looks exactly like Maria so that it could ruin her reputation among the workers and prevent any rebellion. Fritz Lang shows the false Maria as the embodiment of the Babylonian harlot and the messenger of the apocalypse. She is furious, sexual and merciless.
False Maria in a robot form

False Maria in a human-like form


To be true, Rotwang is playing a double game. The mayor does not know that his son supports the rebel workers. With the help of a false Mary the inventor wants to kill Freder and take his place. Sounds intriguing? Yet, we will not spoil what happens next. You better find this out yourself.

Instead let's talk about the impact this silent black-and-white film had on further cinema and pop culture. (And it's huge!)
Metropolis influence
So, as has been mentioned before, the plot is quite simple and classical: a man from the "top" falls in love with a girl from the "bottom." The only nuance is that everything happens in the anti-utopian world of the future. Half of the modern science-fiction movies, popular anti-utopias, and even partially cyberpunk have grown from Fritz Lang's "Metropolis."

The American Film Institute states that this film set the design vocabulary for the science-fiction genre. They even created a list of specific movie titles that are said to use this design vocabulary:

The most striking example of using this visual vocabulary is Ridley Scott's Blade Runner (1982). The Tyrell Corporation, located in Los Angeles to watch over the future city of 2019, has been inspired by the Tower of Babel from Metropolis and has the same goal of guarding.
Lang's masterpiece not only visually motivated this film, but also encouraged the use of social classes in its storyline. The clash of the classes is parallel as the mediator for the problems turns out to be from the upper-class, but his inspiration derives from a love interest of the lower class. The doppelganger is present in both films, as is the idea of the robot. The doppelganger represents the dark side of the character and the fear of emotions that was essential for German expressionist cinema.

Speaking of robots. Interestingly, the term "robot" was coined by the Czech writer Karel Čapek in 1920, that is, just a couple of years before Lang began working on the script for Metropolis. In other words, the film director and the costume designer Walter Schulz-Mittendorf had to visualize what was only emerging in the culture.
After numerous attempts a robot suit was created. It was made of a special lightweight plastic that quickly hardened in the air. Actress Brigitte Helm had to lie in a plaster cast for several hours so that the suit of the "mechanical man" would exactly follow the outline of her body.
The plot of Metropolis can be easily compared to Star Wars. A young man (Freder) joins the rebels (proletariat), studies their religion and takes the path of overthrowing his father (Fredersen) and destroying his empire (Metropolis). By the way, does the appearance of the false Maria robot remind you of someone from the George Lucas saga?

It is believed that C-3PO was inspired by Fritz Lang's Metropolis. The two really look alike: 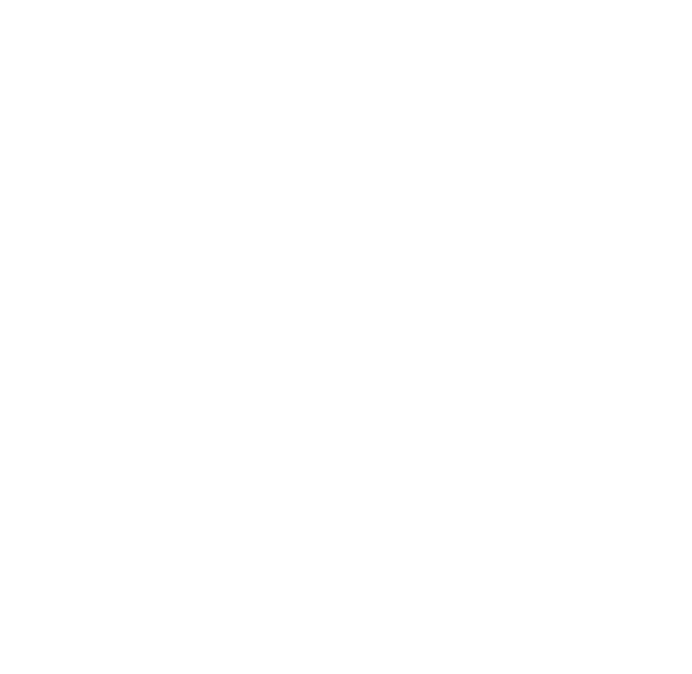 Another Metropolis influence is a special technique which is known as the Schüfftan Process. For the shooting Lang built huge sets, but a lot of the visual effects that he wanted required something even bigger, which was too expensive and timeworthy. Then his cameraman and special effects master Eugen Schüfftan came up with an interesting technique: he suggested using mirrors to "project" actors into miniature models or drawings.

The Schüfftan Process was used during the next few decades until new technology came along and made it easier to obtain these effects. Still, it's sometimes used even today. For example, in Peter Jackson's The Lord of the Rings: The Return of the King (2003) and The Hobbit: An Unexpected Journey (2012).

Throughout the 20th century Metropolis was known only in an abridged version. It was believed that many significant fragments were lost. Since the 1960s many have tried to restore the film but it was succeeded only in 2008. Back then in Buenos Aires a double-negative of the full version of the film was found. The film was completely restored, and its screen time increased by almost 30 minutes. However, two episodes remain lost.

Now back to the past. In 1984 the Italian composer Giorgio Moroder mounted his own restored version of Metropolis. Famous musicians had been invited to work on the musical design: Freddie Mercury, John Anderson and Bonnie Tyler. Here's the result.

The main pop divas of our time drew inspiration from "Metropolis:" Madonna, Lady Gaga, Kylie Minogue, Beyoncé and Whitney Houston performed in costumes that were inspired by the false Maria robot. And there's more. The references and shots from the film appear in Queen and Freddie Mercury's clips Radio Ga Ga, Under Pressure and Love Kills, in Madonna's video for the song Express Yourself, Whitney Houston's Queen Of The Night and in Lady Gaga's Born This Wa and Applause.
The silent 1927 black-and-white movie became a source of inspiration for huge industries: cinema, pop music and fashion. It's incredible how we still feel its influence almost a hundred years after it first appeared on the screens. Truly, to see Metropolis means to see the past, the present, and probably the future.
© 2020 IN VISIBLE
© 2020 IN VISIBLE
© 2020 IN VISIBLE
© 2020 IN VISIBLE
Made on