by Naya Guseva, Erik Ilmuratov
28.11.2020
Legal and judicial drama is a national genre of western cinema. Back in 2006 Liliya Schitenburg noted that Americans are particularly confident in their judicial system, and "Hollywood and major TV corporations are doing everything to meet the demand and not to miss a single opportunity offered by the popular genre of court drama."

The directors covered everything that might interest the viewer. One of the films that casted the veil of secrecy aside was 12 Angry Men (1957) by Sidney Lumet dedicated to a jury's attempt to reach a fair verdict. There the characters returned to their civic duty thinking about the real background to the crime.

While almost everyone likes to watch the trials, it's only the connoisseurs who are into political proceedings. In an effort to please everyone in cinematographic court, cases of a sexual nature were also. The Paradise Case (1948) by Alfred Hitchcock was one of the first movies to approach the erotic thriller. Cocky (director's nickname, short for Hitchcock) changed the usual notion of cruelty, exposing a woman in the bloodiest light. The image of the femme fatale was brought to perfection in 90s when Madonna in Body of Evidence (1992) turned from a white lamb into a grey wolf that ate all the stupid piglets on its way.

We can enumerate the results of injustice filmed in the court decorations endlessly: a military tribunal, a "little man" in front of a large system, as well as millions of frauds, images of lawyers and even ruthless lynching. However, most of them are somehow linked to the historical trial, especially politics - starting with the Judgment at Nuremberg (1961) by Stanley Kramer where instead of recklessly condemning former Nazis the judge investigated the case first. Global scandals did not always end up in court: for example, Alan Pakula's All the President's Men (1976) is about the Washington Post journalists' investigation of the Watergate scandal that led to Richard Nixon's resignation.
Aaron Sorkin is one of the professionals in court drama. Back in 1992 his script was used for A Few Good Men: Sorkin's sister told him story a of a vigilante murder. This was followed by the resounding success of the biographical drama The Social Network (2010) about Mark Zuckerberg where Sorkin was also a screenwriter. And so a new film by the director and screenwriter – The Trial of the Chicago Seven (2020) – came out on Netflix.

The film was dedicated to the defendants in the protests that unfolded during the US Democratic Party Congress in Chicago in August 1968. It seemed that an American viewer who dreams of seeing justice everywhere - including the screen - would love Sorkin's screen adaptation. However, there were those who thought the picture was mocking. For example, in the review from Jacobin magazine the author claimed that the entire film was absurd - from the overly pompous judge to the pretentious prosecutor who was initially aware of the wrongs of the accused party.

The main claim was Sorkin's excessive smoothing of sharp corners. Jacobin said that Sorkin made a soap opera out of social injustice - he needed to show everything as it was. In the era of fighting racism, homophobia and the desire for democracy the "Seven" became a collective resistance. It is not for nothing that the film was released shortly before the US presidential election: the idea of civil disobedience ceased to look like a purely cinematic story.
The film is worth seen from a different perspective: it is not about protests per se, but about those who were at their head. There is no point in denying the character's 100% hit. Sasha Baron Cohen is a bully by nature - so was Abby Hoffman, one of the founders of the Yippie International Youth Party. Here is a transcript of the defendant's testimony:

MR. WEINGLASS: Will you please identify yourself for the record?

THE WITNESS: My name is Abbie. I am an orphan of America.

MR. WEINGLASS: Where do you reside?

THE WITNESS: I live in Woodstock Nation.

MR. WEINGLASS: Will you tell the Court and jury where it is?

THE COURT: Just where it is, that is all.

THE WITNESS: It is in my mind and in the minds of my brothers and sisters. t does not consist of property or material but, rather, of ideas and certain values. We believe in a society-

THE COURT: No, we want the place of residence, if he has one, place of doing business if you have a business. Nothing about philosophy or India, sir. Just where you live, if you have a place to live. Now you said, Woodstock. In what state is Woodstock?

THE WITNESS: It is in the state of mind.

MR. WEINGLASS: Can you tell the Court and jury your present age?

MR. WEINGLASS: When were you born?

MR. WEINGLASS: What is the actual date of your birth?

THE WITNESS: Nothing. I believe it is called American education.

MR. WEINGLASS: Can you tell the Court and jury what is your present occupation?

THE WITNESS: I am a cultural revolutionary. Well, I am really a defendant-full-time.
Eddie Redmayne played the role of Tom Hayden - the President of the Youth Democratic Movement. The almost unrecognisable Jeremy Strong as Jerry Rubin was another founder of Yippee. Cohen was approved when Steven Spielberg took over the production in 2006, but large budgets did not suit a film studio, and the project was put on hold for a long time. The actors managed to bring all the types and moods that prevailed in America in the late 60s - idealists, mockingbirds and revolutionaries - to the screen.

The sixties: of rock 'n' roll, psychedelics,, hippies, as well as sexual revolution, flying into space and burning summons from "Uncle Sam, what awaits you in the US Army." Freedom finally came to every sphere, including film industry - in 1967, the Hays Code ceased to exist. Nobody understood what to do with this freedom at that time, it's rather everyone did it in their own way. The need for change became clear with the assassination of John Kennedy in 1963, but the reason for an active phase of protest was the killing of black activists (the list was headed by Martin Luther King) and the victory of populist and Republican Richard Nixon in presidential election. The impact of these events on young Americans was tremendous at that time.

As the yippie Manifesto said, "We are the gentle pollen from which a new, high-fat America will be born." The country was never born high for everyone, but the ideas of the sixties are relevant to this day - students have stood up for legalisation, piece, ecology, feminism and against racial discrimination, censorship, capitalism. This agenda was influenced by the philosophy of Herbert Marcuse or the "father of the new leftists"; Timothy Leary, a psychologist (and, more importantly, a psychiatrist); Angela Davis, a human rights activist; second-wave feminists and other representatives of the counterculture who advocated the emancipation of the nation and freedom from oppression.
The blurring of morality came along with freedom - a criminal was no longer the bad guy. The villain was no more a marginal and troublemaker, but the most conformal member of society or even a representative of the authorities. The presumption of innocence as one of the key American values existed earlier, but it was in this decade that the old ideas were rethought. In 1967 another version of Bonnie and Clyde was published (it romanticized a criminal couple), and a month before the unfortunate trial, Easy Rider (1969), the manifesto of the new generation came up.

In his film, Sorkin recorded a transitional period or a hangover period. Frustration is already starting to sneak up on the opponents of the system. Peaceful protest did not bear fruit, the war continued (by then the USA had already managed to invade Cambodia as well), and the conservative Nixon came to power. It is important to understand that the trial took place after Sharon Tate was killed by a group of young people from Charles Manson's "Family". After this tragedy, the stable public (the so-called silent majority) became more conservative: that's what your hippo party brought this to. The left radicals realised that the slogans were not to liberate the country, so they started making bombs. The mass student unrest did not stop until a few years later, leaving many victims on both sides of the barricades. 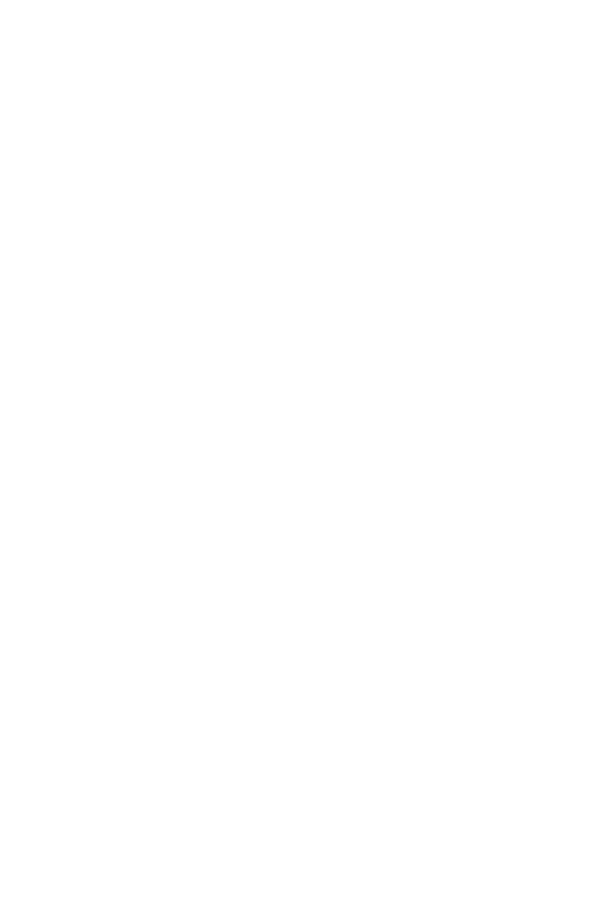 A special conversation was held on the fronts of public debate about the Vietnam War. Most of the films on this topic were criticizing America's foreign policy with imperialism, budget expenditures and human losses. You know the greats of this sub-genre where fighting takes place in the humid jungle and soldiers go crazy: Apocalypse Now (1979), Full Metal Jacket (1987), The Deer Hunter (1978) and Platoon (1986).
However, the consequences of the war also affected life in the States - soldiers who had returned from the war could not recover for a long time, suffering from PTSD and inability to integrate into the society which they had fought for. The best illustration is the "Rambo" franchise about the former "green beret." The unjustifiability and unfairness of the introduction of troops into Vietnam sound like echoes in modern cinema - Netflix, together with the "Seven", released Da 5 Bloods by Spike Lee in 2020. At the same time Sorkin was vainly trying to squeeze Vietnam into the area of moral postulates of his film - as if everything that's happening was a tribute to those who died during the war - even the pathos final scene was invented for the sake of this (in reality, the list of names could not be read in vain). Quoting a clever thought, "The aesthetic of rebellion always thinks of its real causes."
In fact, there have been many clashes between left radicals and police since 1967's "Summer of Love". It's no wonder why Sorkin chose the Chicago Eight. As historians explain it, the clashes before the Democratic Party of the USA convention drew a line after which every American had to decide which side he or she was on: old or new, right or left, police or protesters. The very fact of the trial is also important - the writer of "Social Network" (2010) is the best at building a dialogue system as strong as steel, for which there is no better interior than the palace of "justice."
Considering the complexity of the US court system it is dangerous to film the legal drama and not explain the conception. But Sorkin keeps the most important thing without losing its versatility. He has managed to film a beautiful drama based on a lawsuit that took place 50 years ago. But it is that kept the picture from getting closer to the real heat of passion of the time. Smooth generalized moments and deliberate melodramaticism create the film from the Seven which lacks gunpowder for a powerful political charge. Ironically, the same characteristics make it one of the most relevant films of modernity . And this is not about concrete protests (Minneapolis, Moscow, Minsk), but about a fundamental problem facing the world in 2020: how to find balance between security and respect for civil liberties. Sorkin is clearly on the freedom side (as a true American), and he is didactically oppressing his political line throughout the film. That's why you can't cynically dismiss a director by making a joke about what a liberal has broken. The Chicago Seven is a film that we deserve. A movie that the whole world is condemned to watch.