"Let's live, work and struggle like revolutionary heroes," the North Korean film industry is mainly known as a method of socialist propaganda. Each film is an expression of the ideas dictated from above. This expression they put in a colourful wrapping and generously decorate with national anthems. Everything that seems excessive or doesn't fit the order (if it somehow survives the dominant revolutionary ideas) they suppress during the prior restraint. For all the mistakes, the price is paid after the fact.

Despite some 'imperfections,' the socialist ideas in the North Korean cinema are so honest and naive, that you want to believe them. Especially this works for films on some historical, sentimental subjects. Even if you stand against the regime, it is difficult not to sympathize with your complicated, yet so special and beloved history. North Korean cinema is a national product, which has been developing as an ideological weapon for decades.

RUS VERSION
From the very beginning…
DPRK cinema wasn't quite acknowledged by the general public because of its inaccessibility. But its peculiarity does draw attention. The industry was developing alongside South Korean cinema but in a different direction. It actually emerged after World War II ended, but its further development went slowly. The first films were created with the Soviets help, when the northern part of the peninsula was under USSR influence. When the Korean War had begun, cinema was pushed back. They filmed only propaganda war dramas, and the industry remained dormant. Some vivid examples would be Return to Frontline (1951) about the deeds of Korean soldiers for independence, Boy Partisans (1951), which tells the story of partisan kids in the occupied territories, or The Miss of Guerrillas (1954) about a woman who fights for freedom in an occupied village. Such films were an effective agitation for the North Koreans to continue fighting for independence.
As a weapon of ideological propaganda North Korean cinema started developing in the late sixties, when Kim Jong Il took control of it. New genres emerged, so the socialist philosophy was now presented from different perspectives, less obvious. The Flower Girl (1972) was one the most prominent films of the time. It is a musical drama about the Japanese occupation. In spite of being naive, badly played and very poor technically, this film stood out with its poetry. This work combines aggressive political agitation with vivid sceneries of North Korean nature. These beautiful landscapes exist outside the political context.

Kim Jong-Il was indeed a huge cinema admirer. In his book On the Art of the Cinema (1973), he explained in detail the importance of art for the party's work and highlighted the influence on the revolutionary process overall. He understood art as an essential instrument of ideological war, therefore tried to use it as efficiently as possible in support of the ruling party. 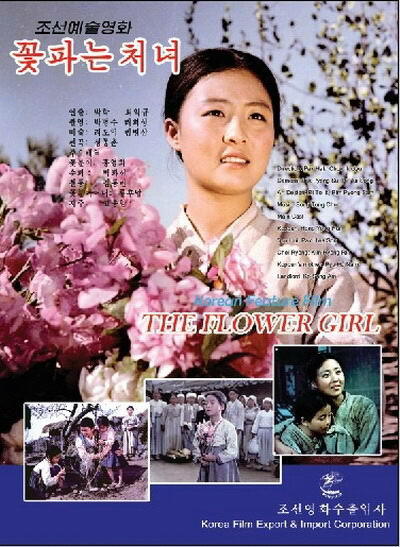 The political and cultural isolation of the country and its protection from external influence slowered the development greatly. While the South Korean film industry was living through its 'golden age,' North Korean cinema was representing the same old issues and repetitive stories. It didn't develop technically at all.
"Writers and artists find themselves in charge of one front of the Party's ideological work and directly responsible for the development of a socialist, national art and literature," that's how Kim Jong-Il saw artists' work in regard to establishing socialism. Cinema was no exception. On the contrary, cinema was the first to follow this concept. Cinema's development in the sixties and seventies was the top priority in the cultural sphere and the work on new films was strictly controlled. The prior restraint remained as the main instrument of managing the filmmaking. 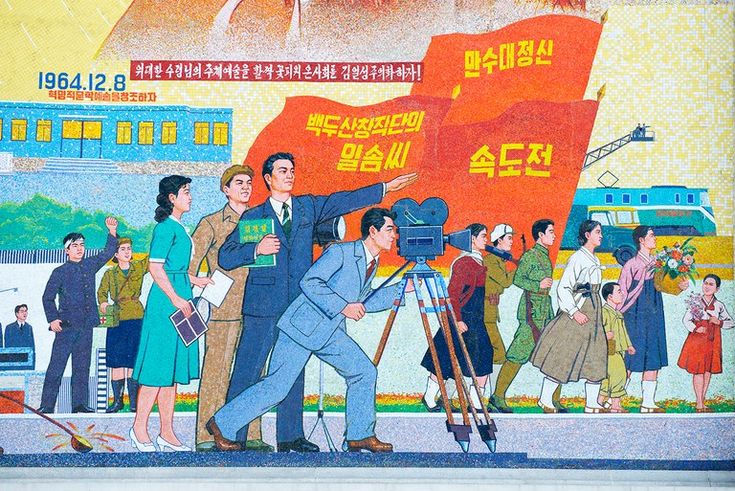 Something had to be done, so they found a radical solution. In 1978, North Korean security services kidnapped (maybe simply invited, now we cannot know for sure) the South Korean director Shin Sang-Ok. He was quite successful at the time but pressured by the censors. The thematics remained the same, and for the next eight years the director worked on propaganda films under governmental pressure. But the quality of the cinema increased a lot. Some works even went popular worldwide: for example, Runaway (1984) or Salt (1985). Pulgasari (1985), an action film in the style of Japanese Godzilla (but still propaganda), deserves particular attention. It became acknowledged not only by the festival public but by the general as well. Technically, it was the rise of the DPRK film industry.

Until today, the North Korean cinema hasn't changed much: it remains politicized, isolated from the outer world and quite limited in terms of genre diversity. The principles, dictated during the reign of Kim Il-Sung, are still working. "Fine art employed in the making of films should be national in form and socialist in content," as Kim Jong-Il bequeathed. And no North Korean film can question this philosophy.
The expert on Korean сulture and PhD in history, a senior fellow of the Institute of Far Eastern Studies of the Russian Academy of Sciences and a lecturer at the Institute of Asian and African Studies of MSU, Konstantin Valerianovich Asmolov, answered the most popular questions about the DPRK cinema.


— What ideas is the North Korean cinema based upon?

— It is rather apparent because, firstly, there are some general rules, and secondly, Kim Jong-il was quite interested in the cinema and had a film collection of about twenty movies, so he had written, according to modern standards, a discipular paper on the creation of great works of cinematography. In general, North Koreans have a rather good methodology.

— The indoctrinating part of the cinema still exists.

— In my opinion, the main types of movies are what we call an adventure film or revolutionary war movies.

— Why are people interested in those types of movies?

— In North Korea, just like in the USSR, there are some traditional representations of history that usually become the backbone of those stories. And there are enough of those [such historic events] in the history of North Korea.

— Is there some common plot?

— Speaking about dramas, two of the most popular plots are the Korean War (as viewed from the North) and stories about North Korea's partisan movement against the Japanese invaders.
It resembles one long video recorded for TikTok that was for some reason released as a movie. 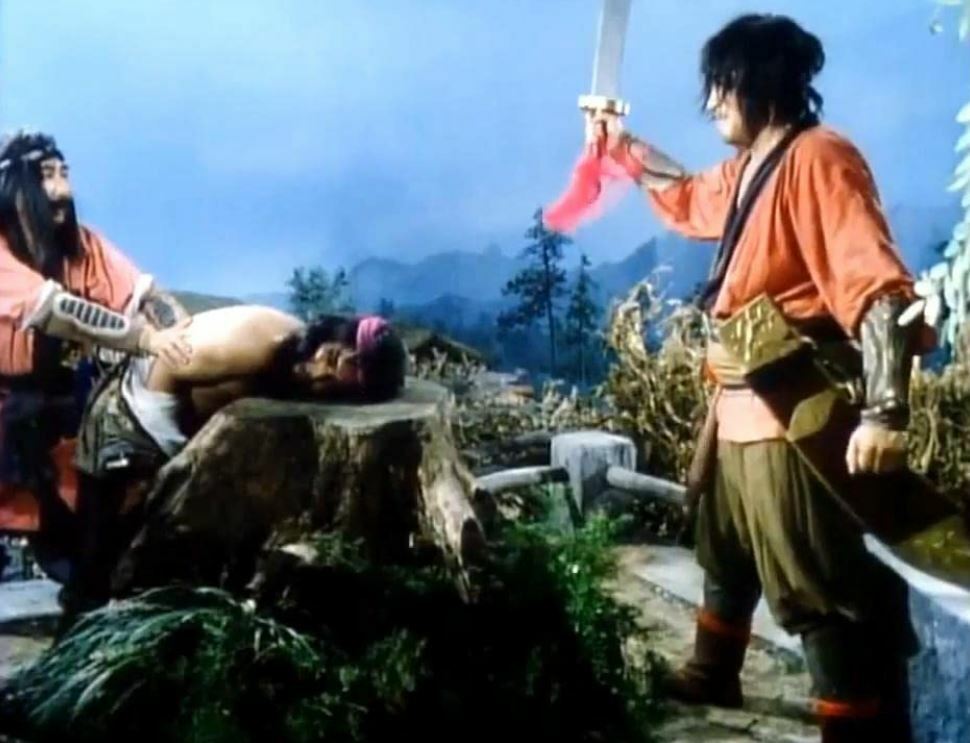 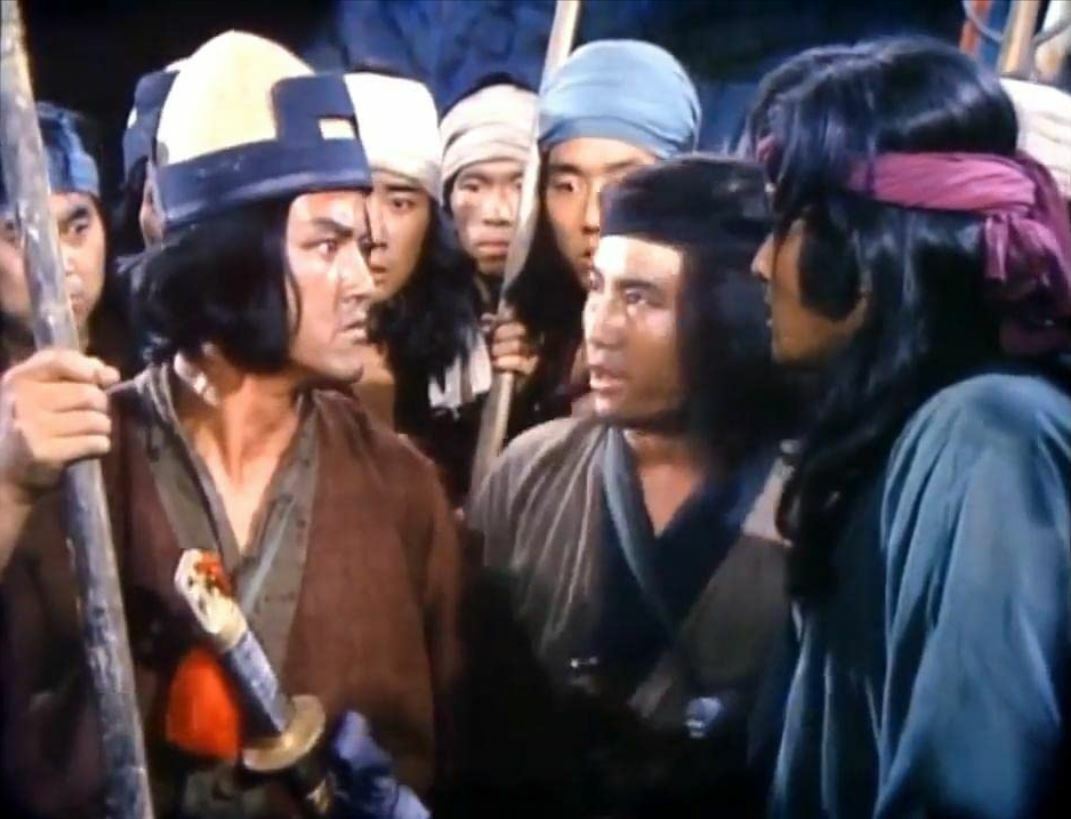 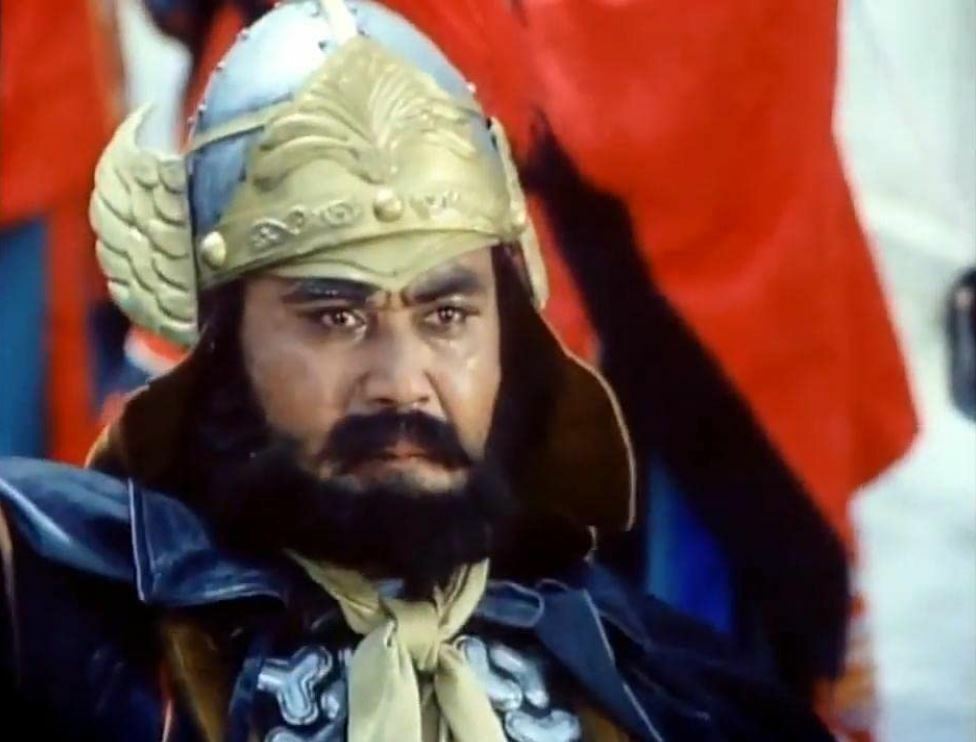 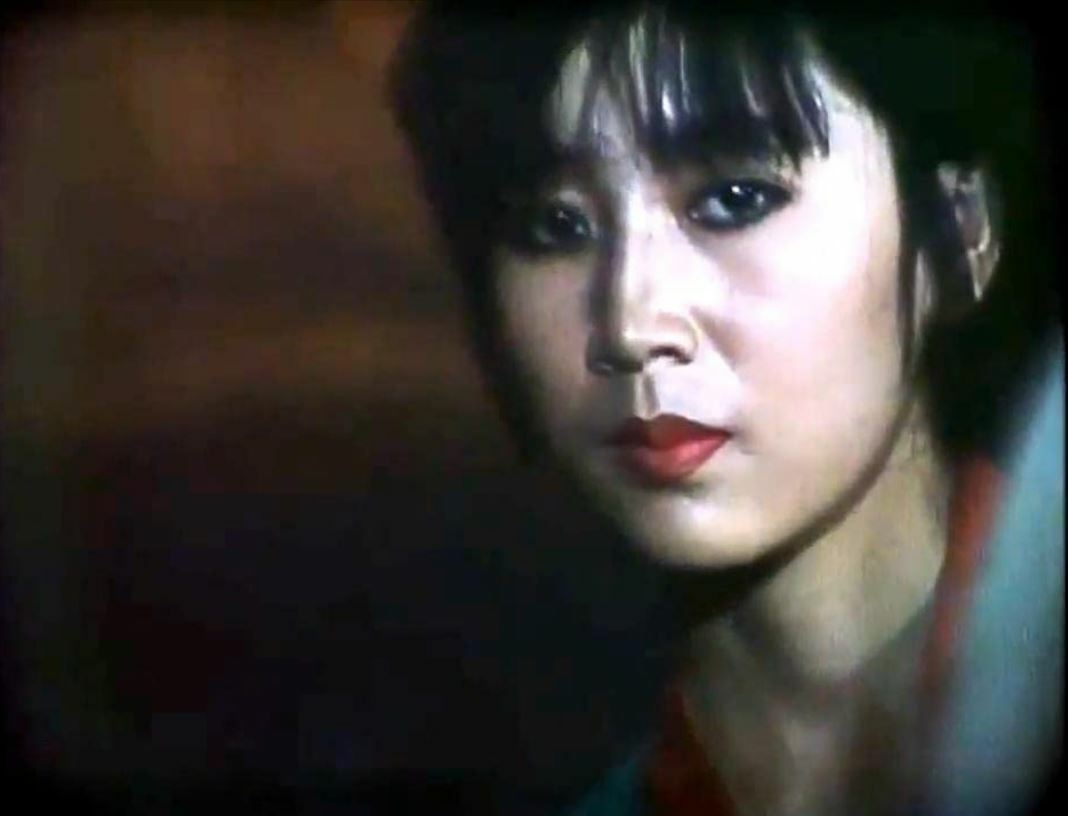 — Are there any specific types of characters in North Korean cinema that are found everywhere?

— If we are talking about a sinister Japanese businessman, or about a greedy landowner-collaborator, or about a rich man in general, who oppresses the poor with his wealth, then, in my opinion, these types are not North Korea specific.

In this sense, North Korean cinema is quite the opposite, as well as the USSR's cinema, which has always shown quite a lot of strong female figures. North Korea is formally a very emancipated society. It should be understood that, for example, among the disciplines devoted to the history of 1 I, II and III Kims' revolutionary activities, the history of the revolutionary activities of Comrade Kim Jong-Su, who was Kim Il-sung's wife and Kim Jong-il's mother, who was a partisan, whom Kim Il-sung then met, is also studied. A certain image, relatively speaking, of the mother of Korea as a strong independent woman, ready to fight for her Homeland and generally not giving herself offense — this is formally quite common in North Korea.

— How do they find actors to fill the villains' part?

— It is rather transparent. Firstly, the party said "Take the role of the villain", secondly, Americans were usually played by deserters. It is not commonly known that after the Korean War not only the Northerners would stay in the South, but the Southerners and some Americans would stay in the North. Later on, some people tried to run off to North Korea, others tried to run off to the South, including a few American soldiers. Those would usually play the American rascals in the cinema. I don't know whether the tradition (which allegedly bloomed in China) remained: in order to make the negative character prominently bad, they would cast someone like a secretary of the studio's party. I really don't know that, I've been introduced to the information, but its source is unreliable.

— Are there any special criteria for selecting directors and screenwriters? How does censorship work?

— So, it is clear that there is censorship. Here you can focus on common Soviet or Chinese stamps. As far as I understand, more attention is paid to the preliminary work, so it's not the director who shoots the film first and then it gets censored, but first the project is being worked on, which is the reason it is filmed. As for what the selection system looks like and where directors and screenwriters are trained, I do not know. I only know that they have their own universities where such training is carried out. 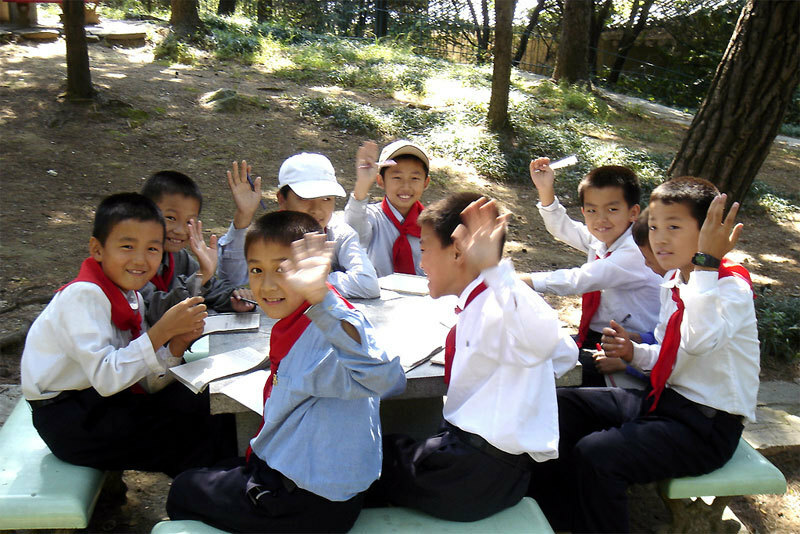 — How is cinema developing in North Korea due to censorship?

— One should not approach North Korea with the stamps of European cinema. It is clear that this is, relatively speaking, the cinema of the classic authoritarian regime. Here, again, you can focus not even on Soviet, but Chinese versions of Mao's time, where, of course, there was no ideological discord, because there could not be.

— Does all the cinema in the DPRK support the regime and serve as a propaganda tool?

— I am not aware of the existence of North Korean dissidents-directors. Moreover, in North Korea, cinema, like literature, like everything else, has always been perceived as an additional way of indoctrination.

— Are there any particular features that you or the world community of critics highlight that exist in the cinema of the DPRK, but are not common for world cinema? 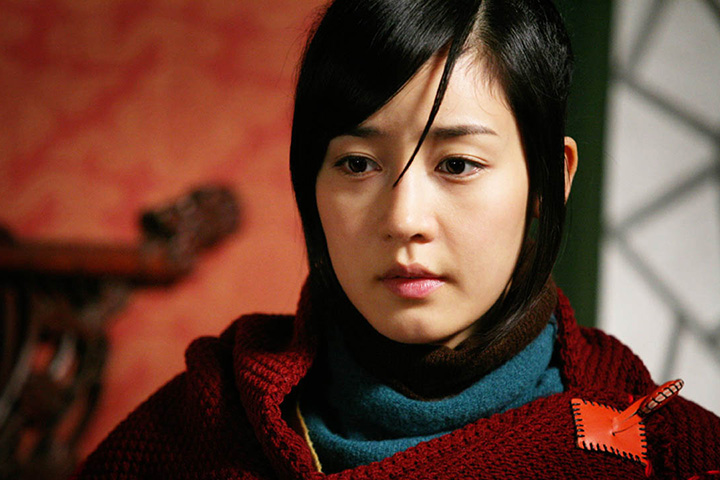