War cinema, more than other genres, has been influenced by political and social agendas, thus prone to propaganda. Those ideas are often minute; they vary in the radical nature of their rhetoric and are apt to popularize views of the ruling party. To gauge the magnitude of such influence, we should go back to the USSR, where movies were written under strict censorship in order to not contradict or ridicule the state. The sub-ideas translated through war movies in the Soviet times indispensably echoed the new leader's policy. But even then the censorship regarding cinema became more loyal at times. One of the pivotal points happened in the 60s. After all Stalin's war crimes were uncovered and the personality cult was condemned, the tragic order of everyday life during the war could be finally shown through art, which changed the war cinema forever.

14/04/2022
Knowing that war movies serve as a mediator between the state propaganda and the viewer, Russian cinematography doesn't blink twice to exploit the topic heavily. Since the USSR, the Patriotic War cinema has acquired an untouchable, sacred status in popular culture. The part of the Second World War that happened on the Eastern front, that caused massive destruction and unimaginable grief, left its imprint on the national consciousness for decades. Modern Russia seems to hold onto the memory of this war very tightly, not letting anyone criticize neither the leading party nor the soviet army even in the 21st century. The changed regime required new goals and ideas – all suitable for the new leader – Vladimir Putin. Now, when witnesses of the war are a handful and first-hand memories are forgotten, there's an opportunity to form national consciousness again.
Era of fantasy blockbusters
Every year a new war box-office hit comes out, showing the same unity of people against the enemy, the same grim reality and hardships of human fate. But sometimes it feels off – too far-fetched and almost embarrassing to watch. The war is treated as a 'fossil': something «obsolete» that needs rethinking and reinvention. All the magic and miracles added to the plot are meant to pique the interest of new generations and make them appreciate their «peaceful life». In recent decades, Russian cinematography honed a craft in creating propagandistic flicks, spitting out a handful of movies dedicated to the great victory of the Russian army in the Great Patriotic War.

The perfect specimen of what the industry has come to is the biggest hit of 2018 T-34. Named The Iron Fury for the foreign viewer, it is being proudly described as a "brutal patriotic blockbuster". The movie relies heavily on 3D tanks and shows battles with missiles flying in slow motion from multiple angles to create tension and draw viewers to the edge of their seats. Over-the-top fighting scenes coupled with tone-deaf depiction of life in concentration camps, featherbrained nazi-soldiers and a far-fetched romantic line – it all creates the narrative that has nothing to do with reality. A brave and bratty Russian soldier played by Alexander Petrov escapes the concentration camp in a tank, defeats the antagonist, who is stupid enough to give the soldier access to the said tank, and gets the antagonist's girl. At the end of the movie, he and his tanker friends leave foreign lands, having given a passionate talk to the German citizens about the imminent end of their heinous regime. What a brilliant patriotic warfare spectacle! 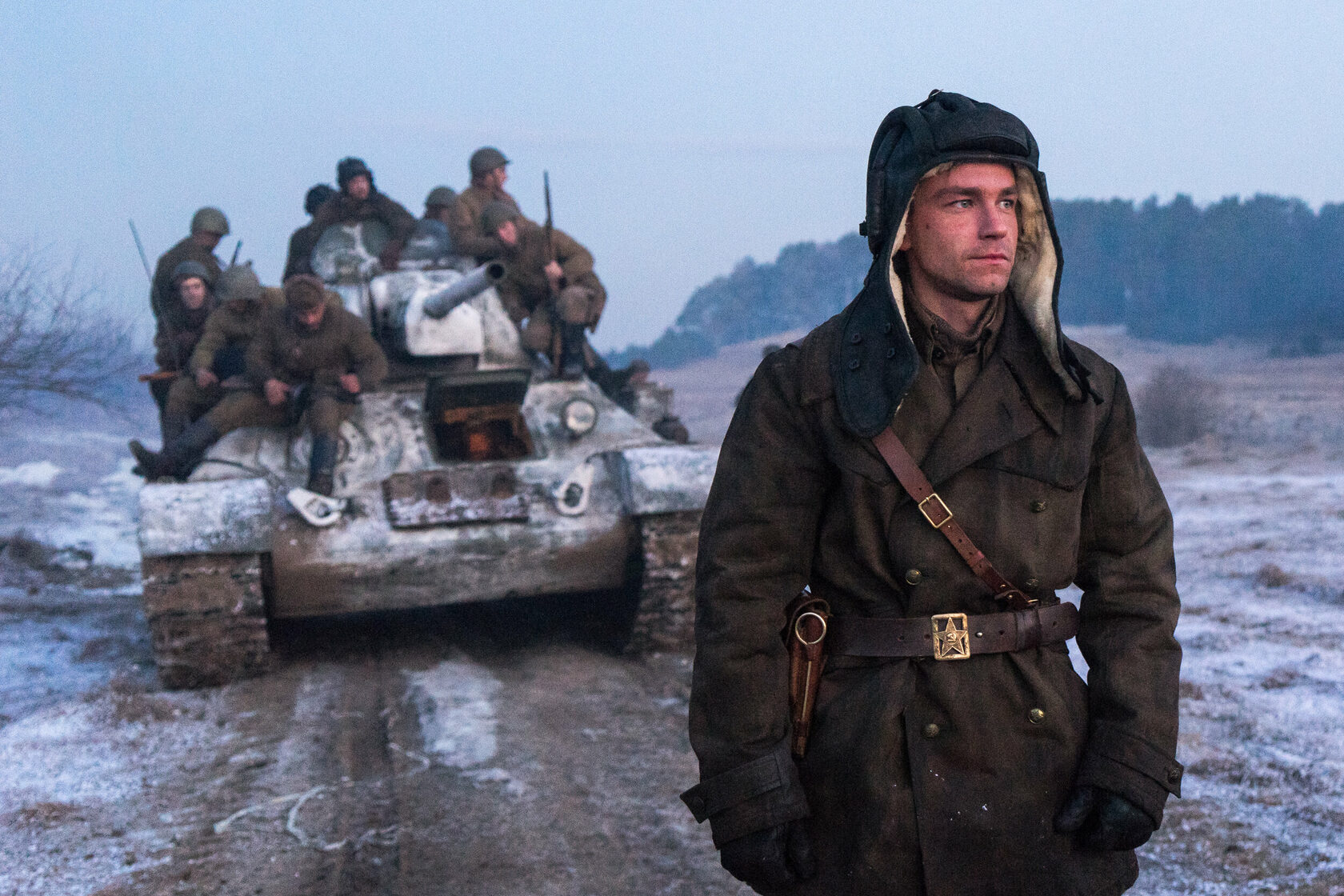 Fantastic assumptions and poor logic are not the exceptions in movies. It is the rule for making fantasy war action. We are from the future (2008) and its sequel Paradox Soldiers (2010),The Fog (2010), told stories about people miraculously appearing in the middle of combat and then escaping the Second World War, making it seem like a dangerous adventure. And if war action aims at raising patriotic feelings, these movies easily play on the feeling of shame. Only by going through war you can fully appreciate life and be worthy of modern commodities. Every praising action war movie review encapsulates the purpose of such movies – go get your dose of patriotic upsurge and don't ask questions. 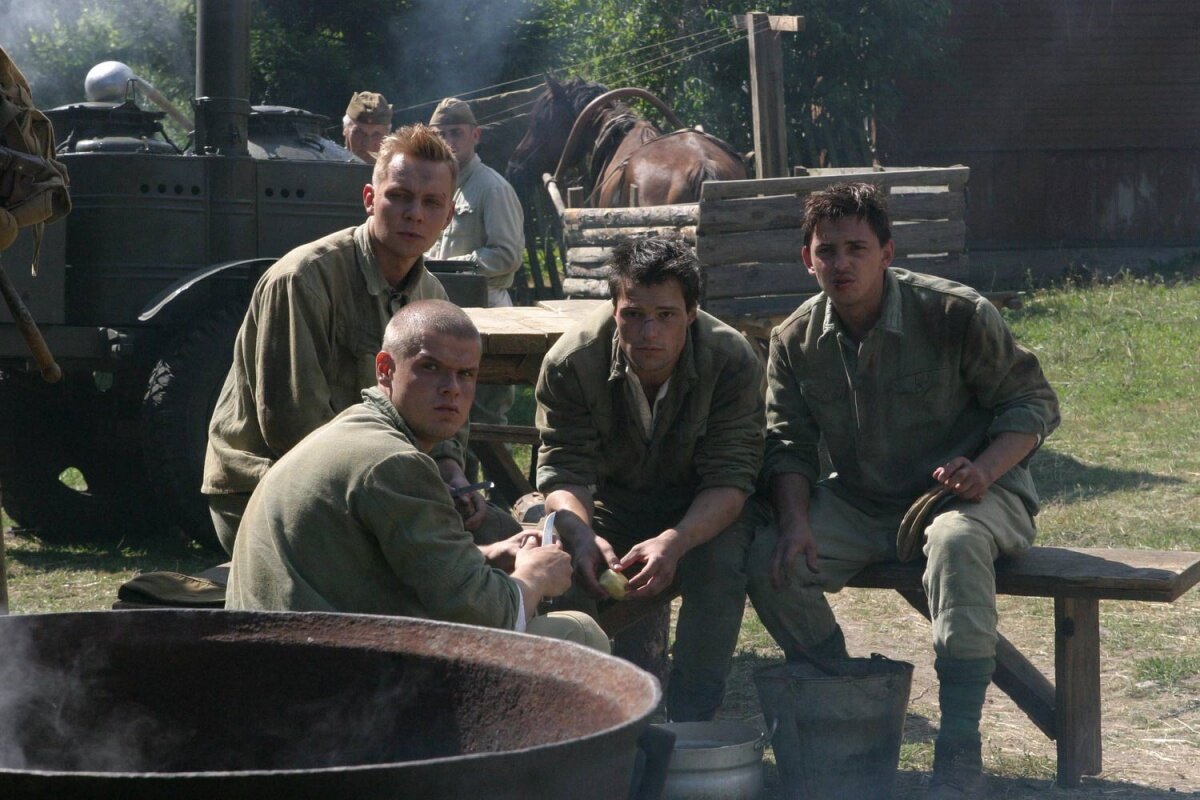 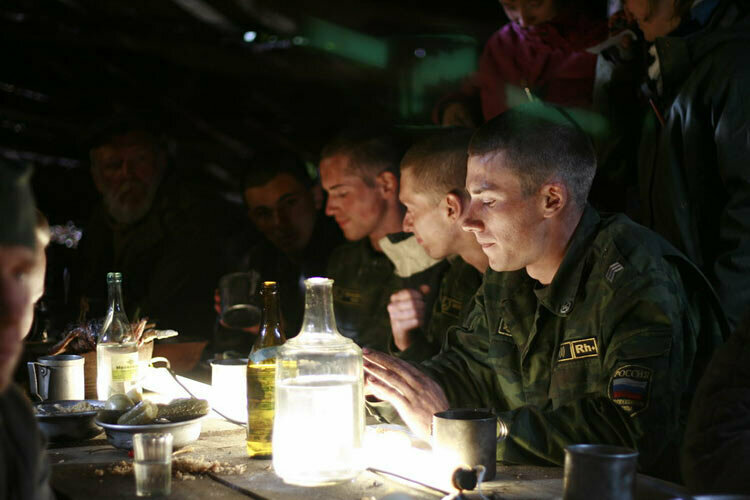 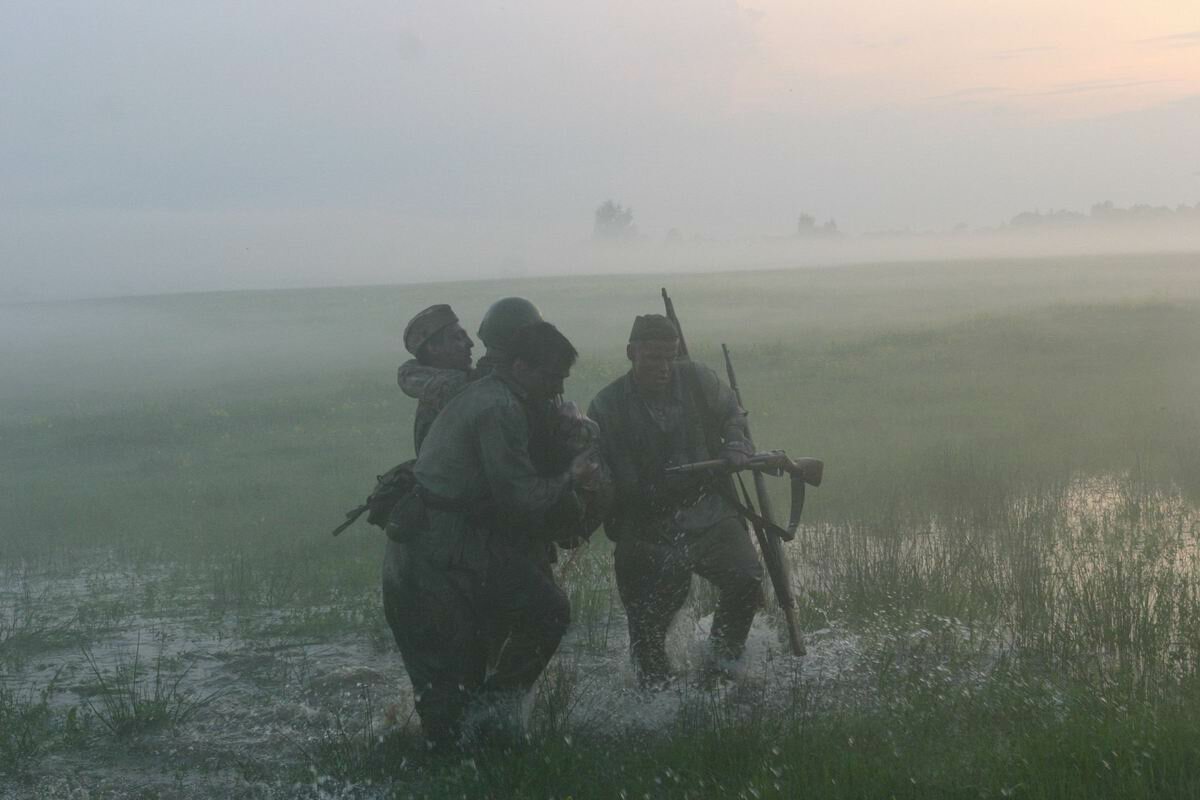 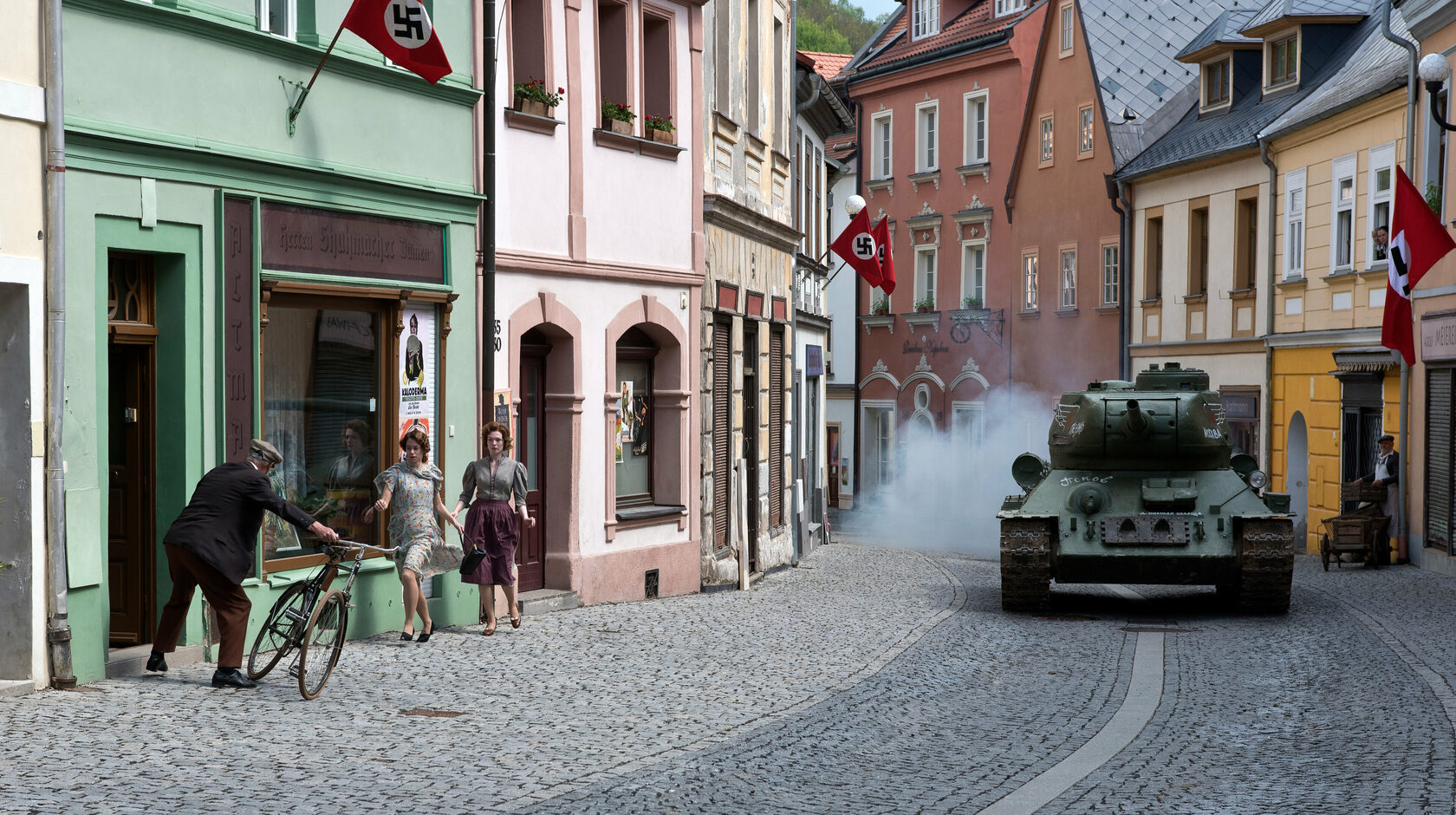 Heroism over emotion
The pillar of war that seems to be neglected in many modern Russian war movies is futility. Extinction with insignificance is what underlines the futility of war and strips it of its glory. This notion is swept under the rug with heroic exceptionalism written over it. Extreme acts of heroism on screen are satisfactory, but when a million destroyed lives are disregarded with one heroic act – no anti-war movie can come out of it.

Patriotic war cinema has traded its teaching function over a disciplinary one. The change can be seen when two film adaptations of the same novel are put side by side.The Dawns Here Are Quiet (1972) became a soviet anti-war classic, while the 2015 adaptation, repeating the predecessor frame by frame, leaves an impression of an empty shell. This story is about a group of young female anti-aircraft gunners who are torn between the psychological pressure of wartime and their memories of life before war. The girls die tragically, burying their unfulfilled dreams with them. The soviet movie makes it easy to identify with the vibrant, dreamy youthfulness girls still possess, and, when they die, drown the viewer in grief. The conclusion is made quickly – war is cruel, heinous, futile. The new Russian movie easily cuts the emotional ties off. You can't mourn the lives of heroes – they are righteously taken by the war and put on a shrine. The opportunity to show the fragility of peace and the preciousness of human life is lost. By shifting the focus from the cost of war to the inevitable victory, the whole educational purpose of war films falls apart. 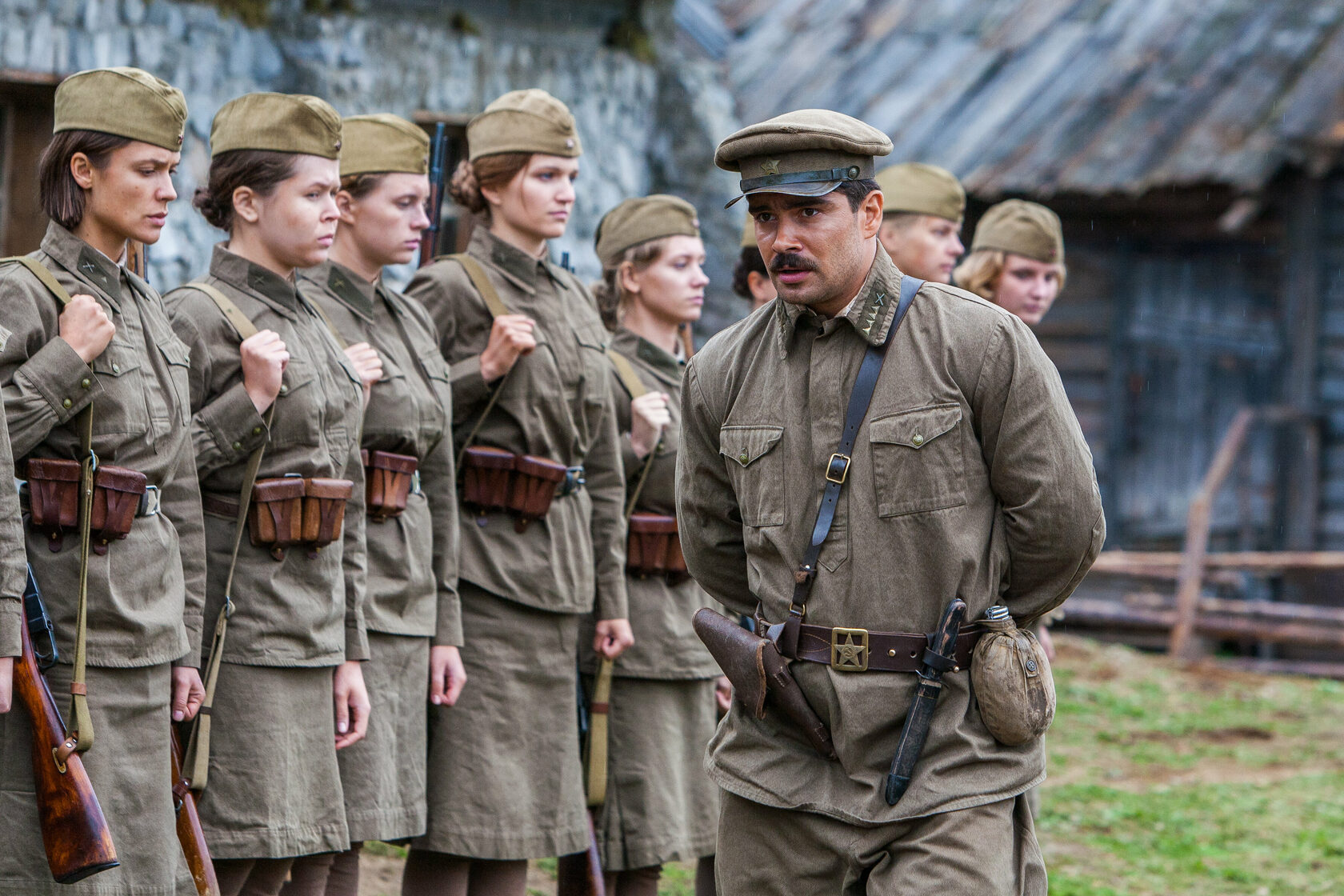 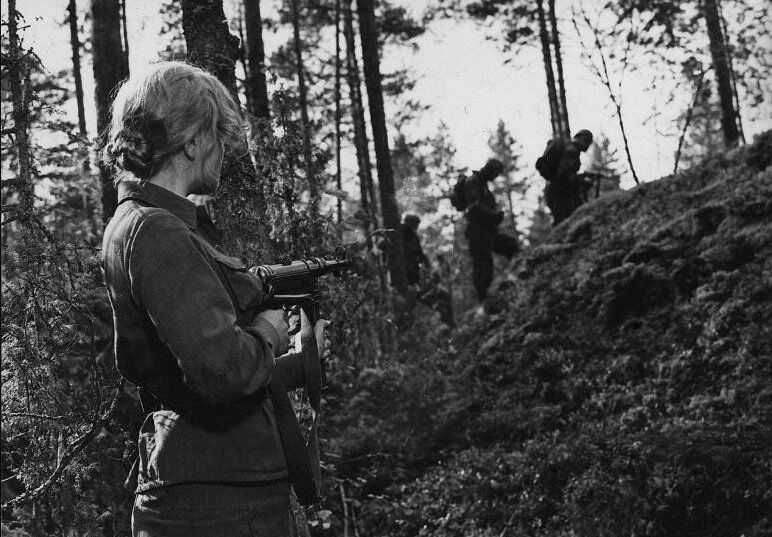 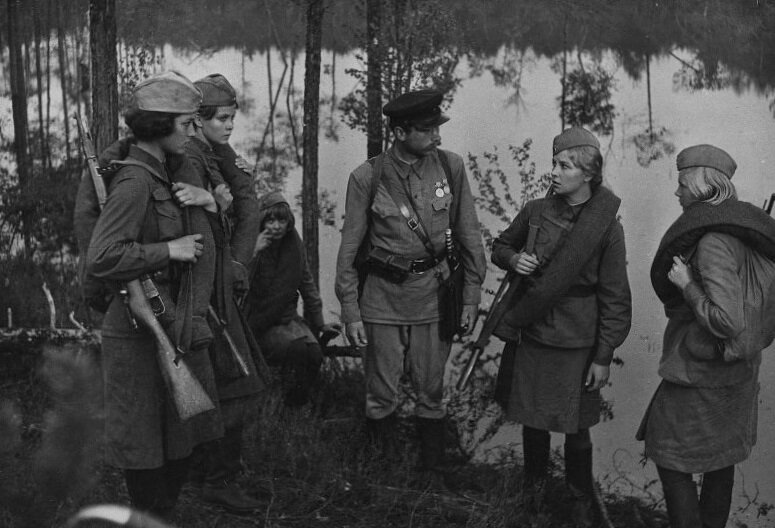 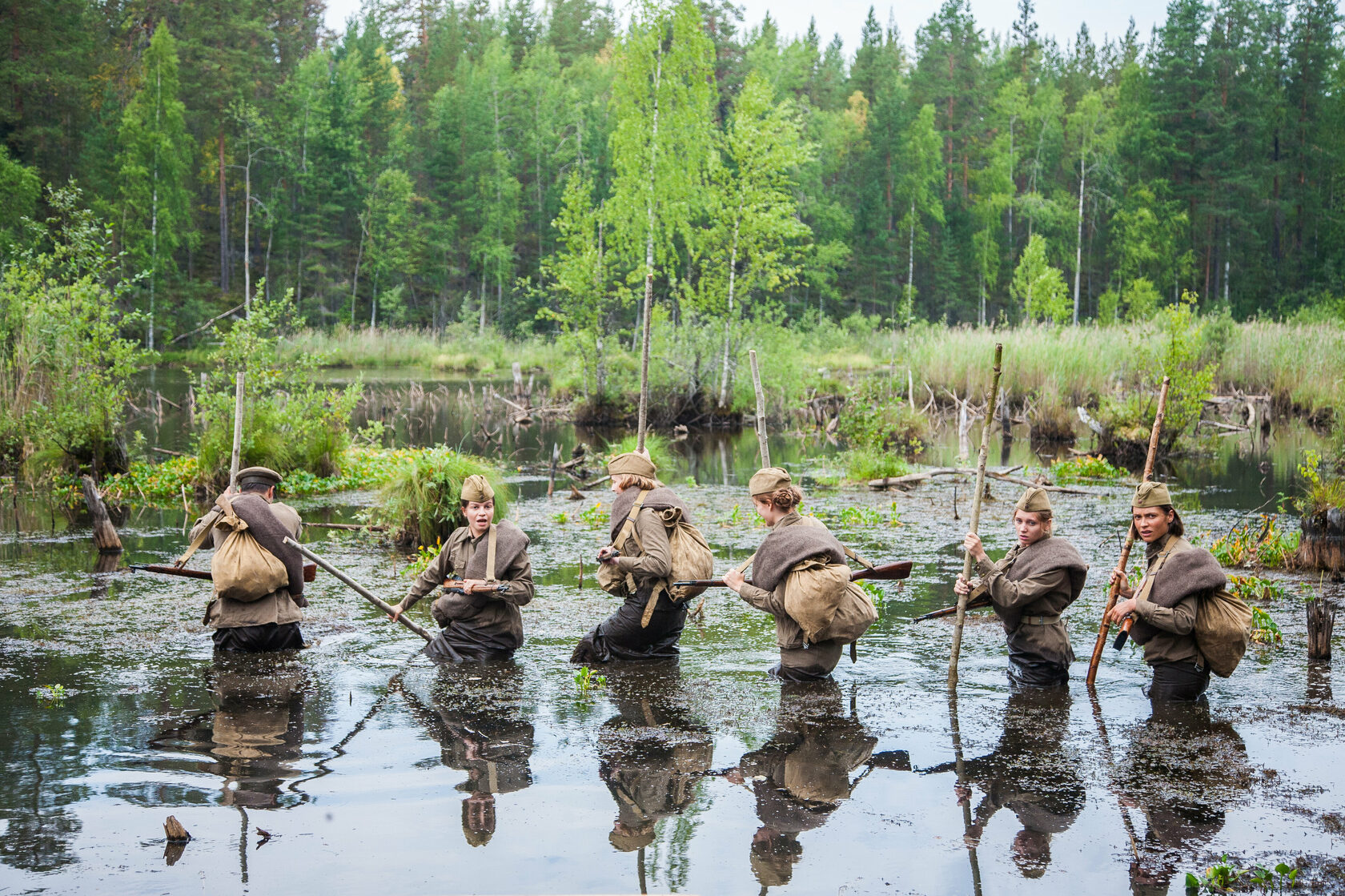 Romanticization as the aftertaste of national glory
When there's no educational aspect to war films, what else is left to be translated and consumed? In a world where all deaths are heroic, villains are deprived of logic, hindrances are made into adventures and victory is inevitable: "Russians win because they are Russians". This is not the war, this is the idea of war from someone's twisted mind. The feeling that the viewer would be able to show courage in the face of adversity and survive is dangerous in its naivety. War romanticization is a mild but sharp rebuke concerning a vast amount of war films.

Great historic acts of heroism should be remembered, but not worshiped. When people are ready to live in the past, they have nothing to be proud of in the present. The meticulous creation of the past with valorous heroes, great goals and achievements adds a romantic tone to the history. The feeling of national glory gives people the artificial boost of morale that appears destructive if carried home after the movie is over. There's no mythical stupid enemy, that is waiting to be destroyed, lurking in the real life, no revenge and no retaliation. Those stories should never be repeated. They shouldn't be shown in a way that makes them appealing enough to be repeated.

Giving people what they want
It's impossible to gauge whether the change in popular war cinema was deliberate and conscious. Universal trends could be pushing local cinematography towards adding more action, CGI, and simple plot structures. The necessity of war exploitation for creating patriotic propaganda is questionable. While the demand for such films is high, the challenges of making anti-war movies don't seem worth the risk. When movies like The Death of Stalin (2017) are banned and Jojo Rabbit (2019) not even trying to be released, what movies are expected to be made in Russia? Gladly, both anti-war films found their audience. But jingoistic war dramas seem to win by now. Intentional or unintentional construction of a tendentious and oversimplified version of war that ends with an inevitable victory has its consequences. Excessive and belligerent patriotism will be lurking between the lines until the current regime is over. 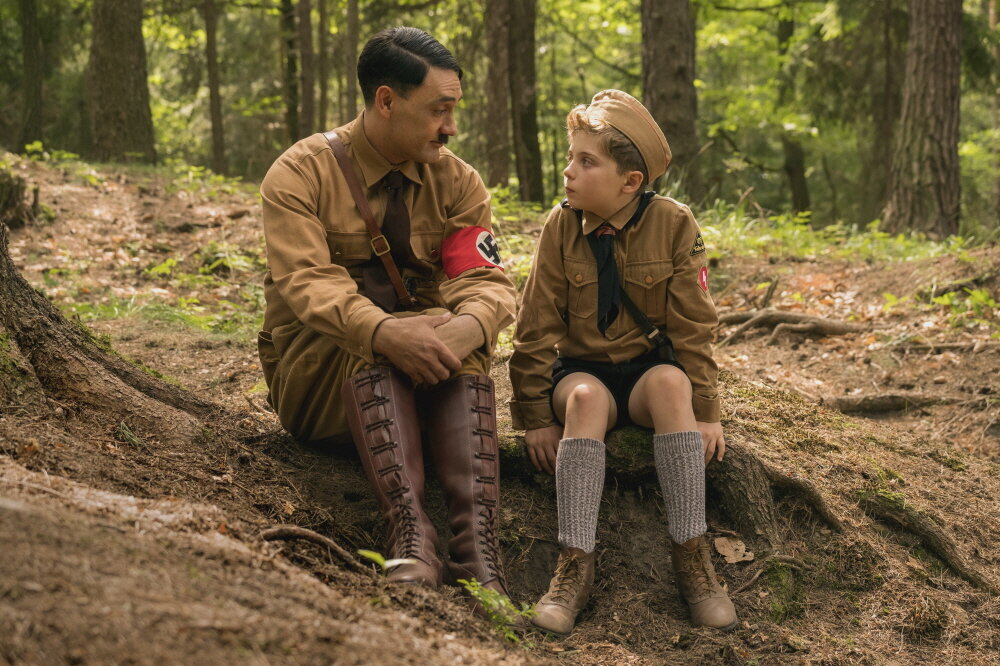 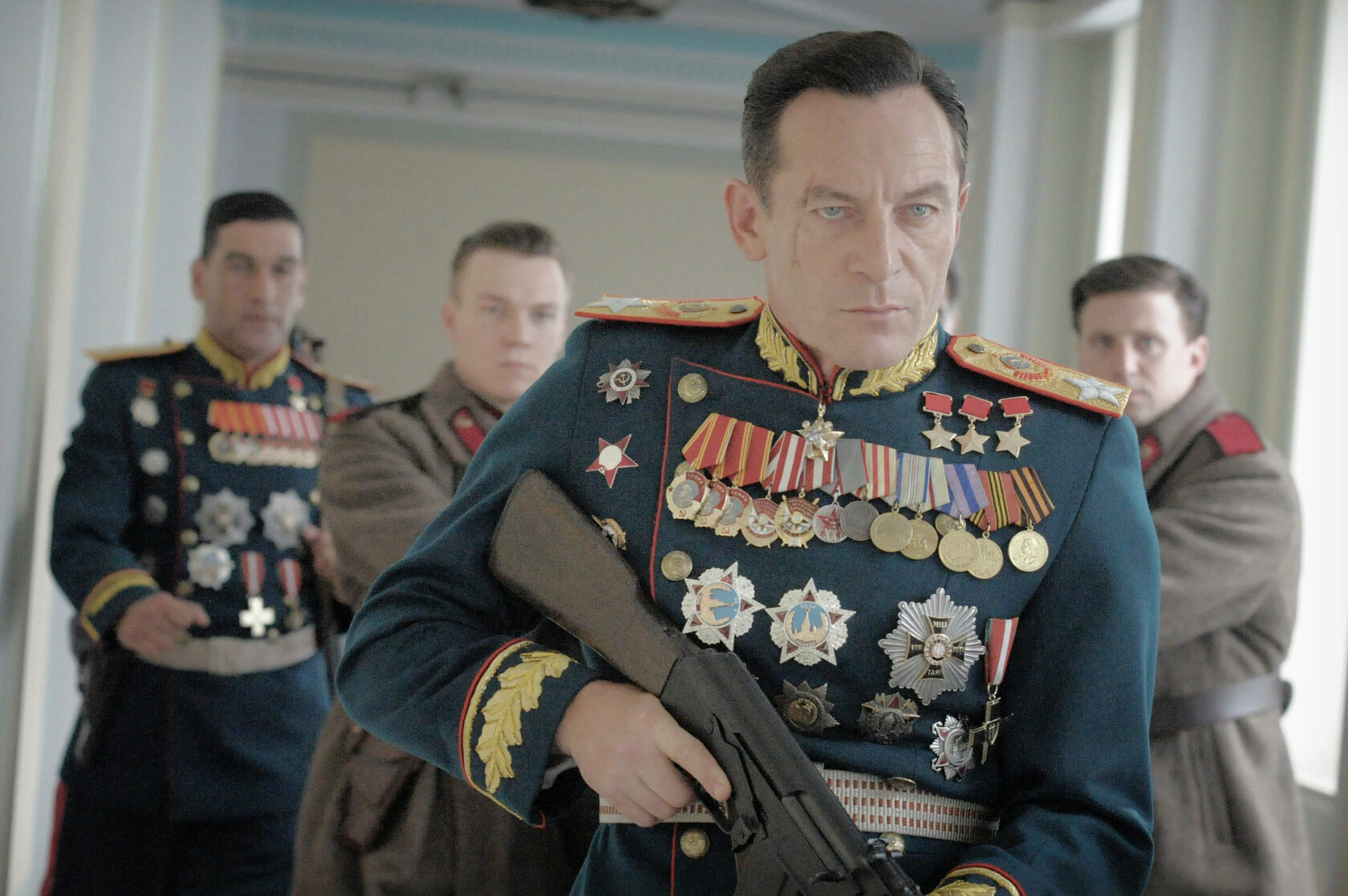 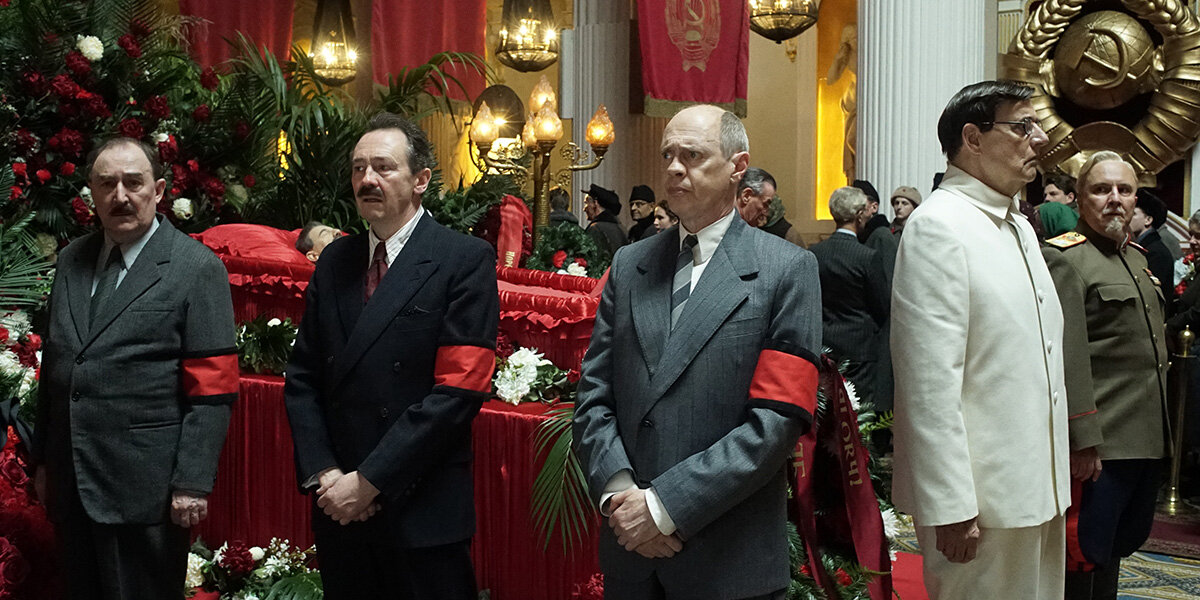 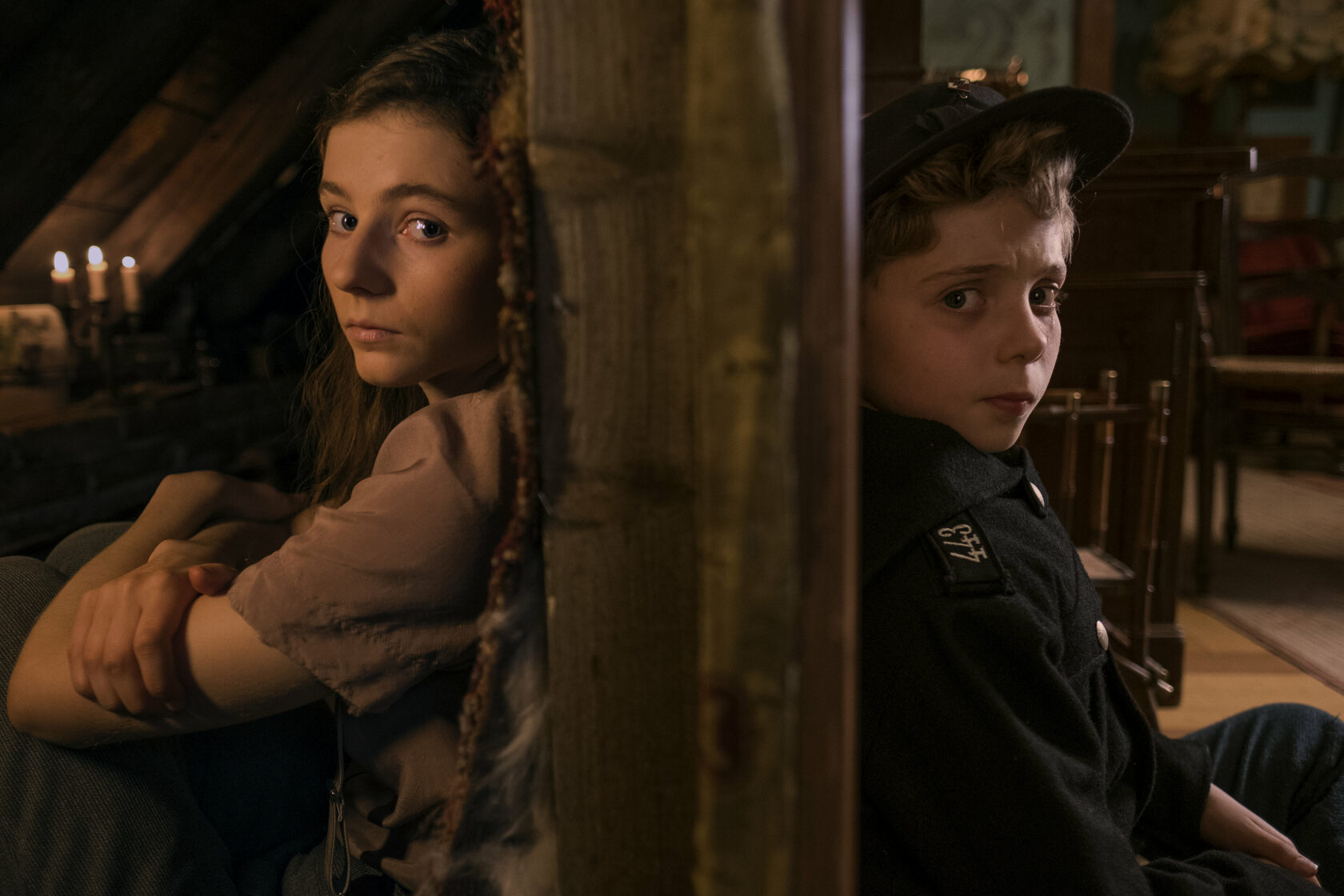 Over and over we see an aggressive work on associating war with victory, deaths with glory. It's easy to evoke a feeling of guilt, it's harder to educate and explain. It requires taking responsibility to give the room to ask questions. This way, people will want answers and the uncomfortable truth will come out. In war, neither side wins. The point the hate sparks, humanity loses. Dehumanization, dread, deaths – this is war. The only feeling it should evoke is disgust. Not high morale. Russian war movies created under Putin's reign failed miserably to state «Never again».