Scandinavia is a special region from many points of view, from its borders to its mentality. What countries are commonly referred to as Scandinavian? The answer is Sweden, Denmark, Norway and Iceland. Finland can't be properly named as Scandinavian country due to its linguistic and cultural characteristics. Therefore, in this article I will talk about modern cinema in Sweden, Norway and Denmark, as these countries are in constant cooperation and cultural exchange. A few words about cinema in Iceland: it is so interesting, original and different from the films of its neighbors that it deserves a separate article.

24/02/2022
RUS VERSION
Yes, all the memes on the Internet are true – the Scandinavians really didn't find social distancing a burden, they kept it even before the pandemic. In general, the arithmetic average of the Scandinavian mentality looks like this: people are calm and polite, they value privacy and try not to get involved in conflicts. There is even a special Swedish word: "lagom". It describes the unique lifestyle Scandinavians have. What kind of problems can a society consisting of such people have? In general, not too many. Denmark is in the second place in the ranking of the happiest countries in the world, Sweden and Norway are in the top 10. Most Danes are proud of their status, but at the same time, they say that there is nothing going on and nothing to talk about in their country. It is also the truth for other Scandinavian countries.

In such favorable conditions, it is not surprising that the inner world of a person and interpersonal relationships (especially family relations) come to the fore for the filmmakers How such distant and restrained people are the happiest, how children socialize among such a mentality, what kind of relationships with parents they have, how can conflicts arise among "happy" people, and are they really happy? Scandinavian directors talk about this slowly, savoring every emotion, revealing them in all their glory, and it turns out to be a very self-sufficient and authentic sight. Even the most inexperienced viewers can understand that they are watching a film from the countries of Northern Europe.
What are the first things that come to your mind when you think of Scandinavia? It is cold, the nature is beautiful, people are introverted and life is fairly prosperous. All four of those stereotypes are not only quite true but they are also actively used by filmmakers.

Scandinavian directors thought about how marvelous the forests of Sweden and the mountains of Norway are, and how important it is to preserve their beauty for centuries, not only in life, but also in art. They were among the first in the world who used the unique environment they live in in their movies. Since the 1960's, nature has become a full-fledged character in the cinematography of the Nordic countries. Then this trend has spread throughout the world. Impregnable, cold landscapes seem to reflect the same impregnable, cold people. 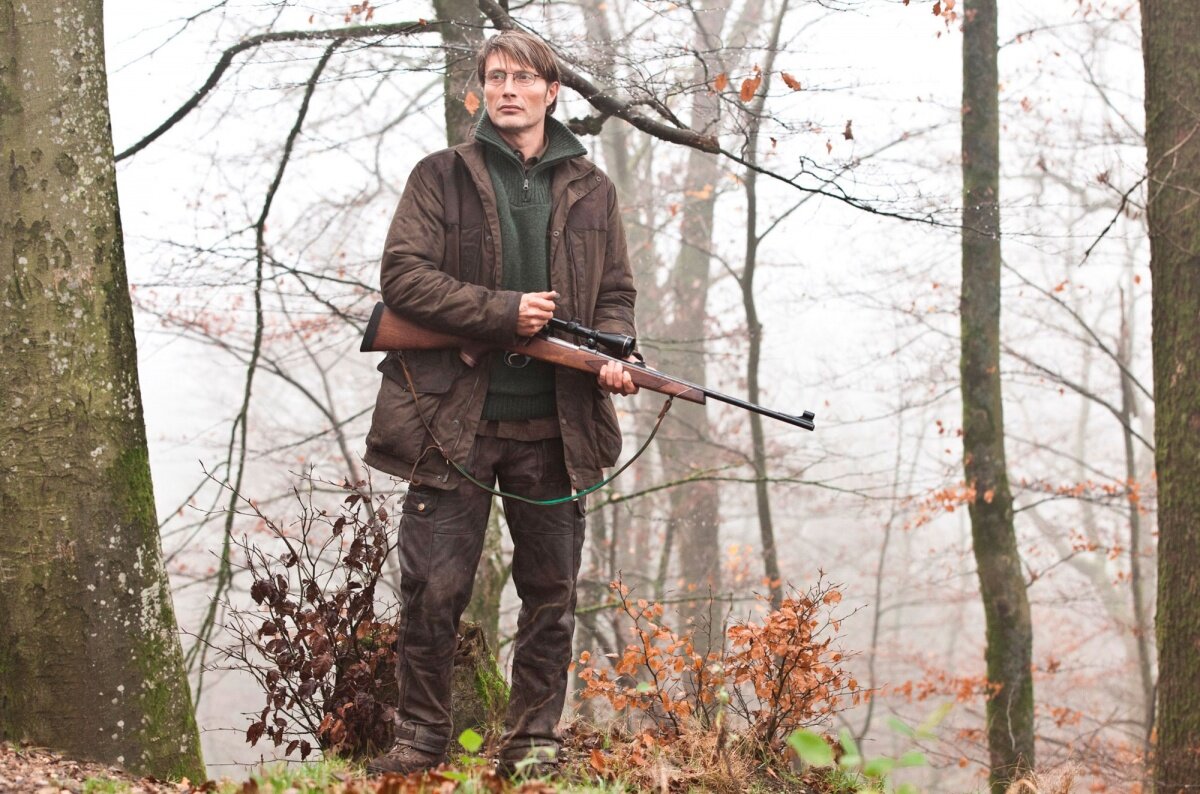 However, the Scandinavians are not always interested in watching the same quiet life both in reality and on screen. In the absence of a rich criminal chronicle around, they begin to invent it themselves. The Swedish-Danish TV series The Bridge (2011-2018) about the murder on the border and David Fincher's film The Girl with the Dragon Tattoo (2011), which is based on the bestseller by Stieg Larson, are known all over the world. The trend for detective stories, in fact, began much earlier, in the middle of the twentieth century. Since then the crime stories of Scandinavia gained many fans and became almost a separate genre, which could be called the "Scandinavian detective story".

Speaking of famous names, Sweden, Norway and Denmark have brought up many talented people. Anyone with even a little interest in cinema knows names like Ingmar Bergman and Lars von Trier.Modern world cinema is very fond of the Skarsgård acting dynasty, Alicia Vikander, and Mads Mikkelsen. In the past Greta Garbo and Ingrid Bergman made it in Hollywood. At almost every film festival, in one of the programs, there is a film which mentions a Scandinavian actor, director or producer.
Swedish director Roy Andersson made only six feature films. He is known for his very unusual manner of filming. He works without a script and a filming schedule, has his own production company and his own pavilions, and it turns out that he makes films almost on his own. His world-famous work is a trilogy consisting of the films Songs from the Second Floor (2000), You, the Living (2007) and A Pigeon Sat on a Branch, Reflecting on Existence (2014). Andersson explores the deep nature of human existence, reflects on the meaning of life and the place of man amidst the chaos of being.He uses the forms of a tragic farce, a tragicomedy
and a collection of sketches . The films were highly appreciated by critics and viewers, Songs from the Second Floor received the Jury Prize at the Cannes Film Festival, You, the Living won the Audience Award at the Gothenburg Film Festival, A Pigeon Sat on a Branch, Reflecting on Existence was a triumph at the Venice Film Festival. Roy Andersson's latest movie About Endlessness (2019) is a collection of short stories that are brought together by a single narrator, Scheherazade. The film also received the Silver Lion at the Venice Film Festival. About Endlessness is a new round in Andersson's search for answers to existential questions. This makes his work not just a local product, but a world heritage.
Danish cinema resounded throughout the whole film industry with Dogme 95, a filmmaking movement, drafted by Lars von Trier and Thomas Vinterberg. The idea of Dogme was to make films in their pure form, without special effects, stabilizers and any mention of the director in the credits. The first film of this filmmaking movement was The Celebration (1998) by Thomas Vinterberg. An ordinary family dinner turns into unmasking of the terrible secrets..The same traditional themes of interpersonal and family relations are brought up again but in an extremely unconventional and defiant way. Later on Vinterberg filmed in America and Britain, and his films were about love, friendship, and even about the catastrophe of the Kursk boat. Upon arriving back to his homeland, Denmark, he returned to the theme of human relations which is so special and distinctive for his country Submarino (2010) is a story of t how to escape from the memories of a dysfunctional childhood. The Hunt (2012) raises the question: does the truth always come from the mouths of babes, and how difficult is it to clear the name of a falsely accused person? The Commune (2016) states its main theme right in the title, the story is about peculiarities of the people's relations within the commune. In Another Round (2020) besides an extraordinary story about the theory of alcoholism there is again a variety of internal conflicts between bosom friends. Vinterberg talks about the family melancholy in a truthful, and sometimes even cruel, manner. It seems that Denmark itself suggests to him this style of narration. 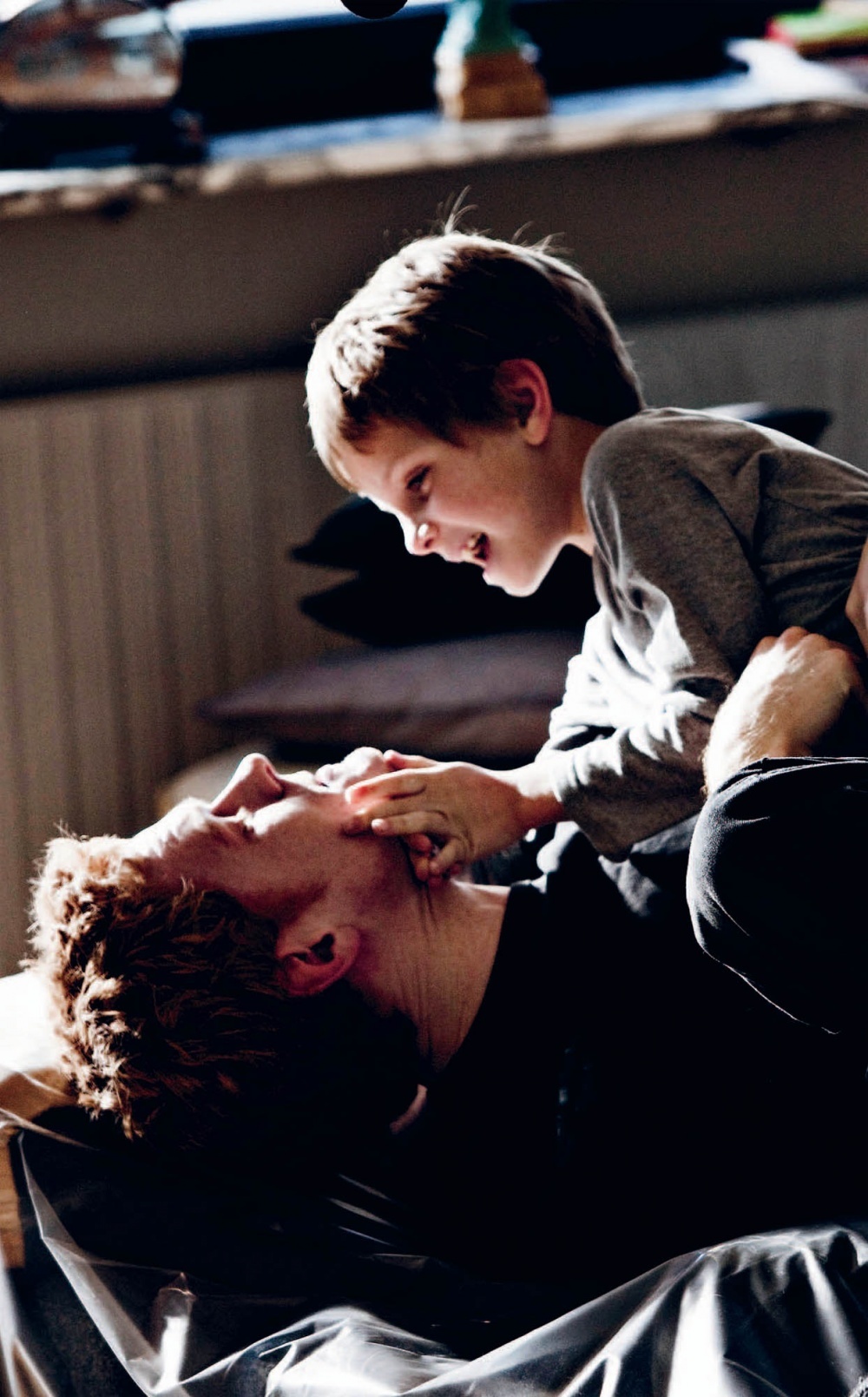 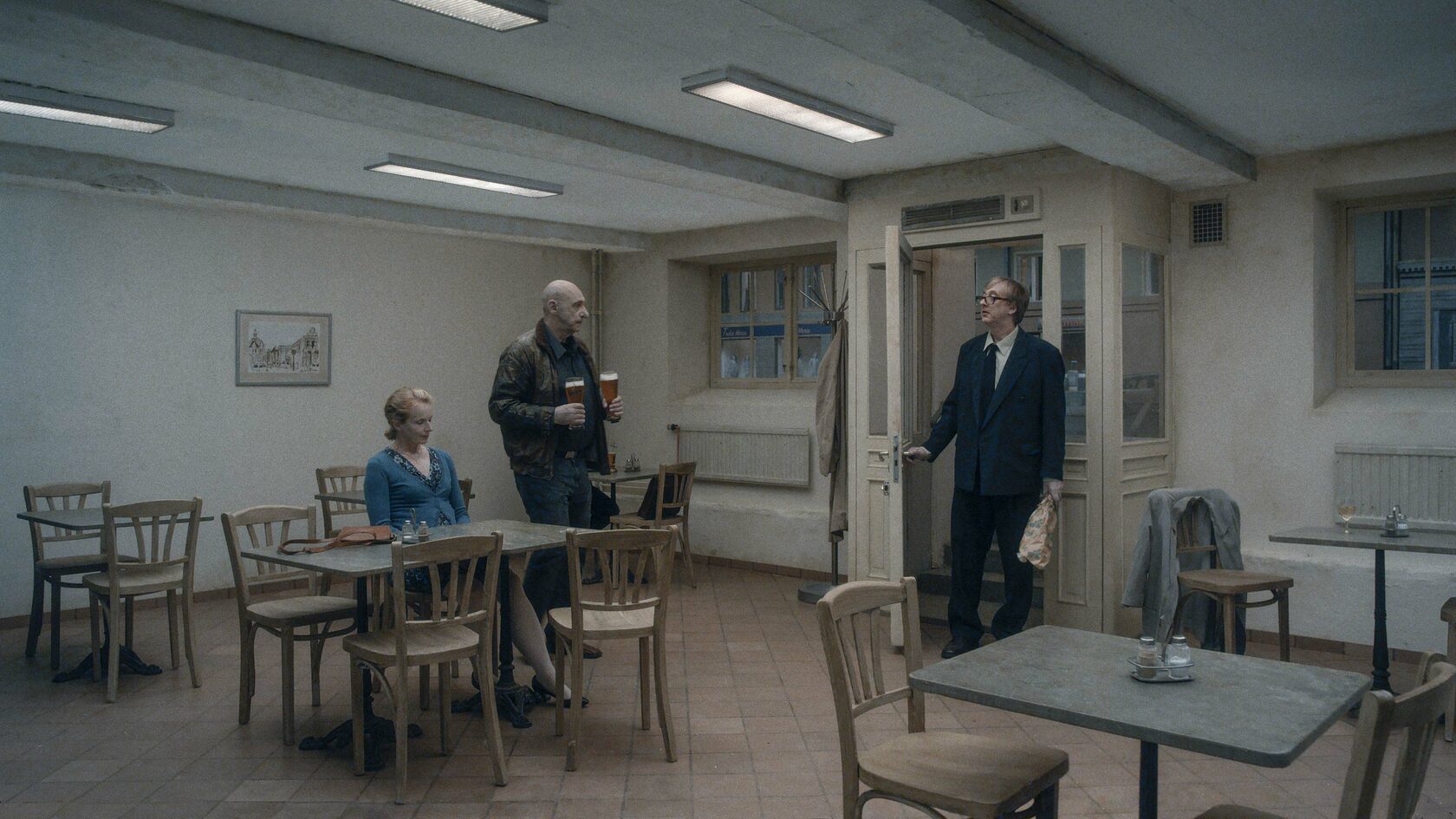 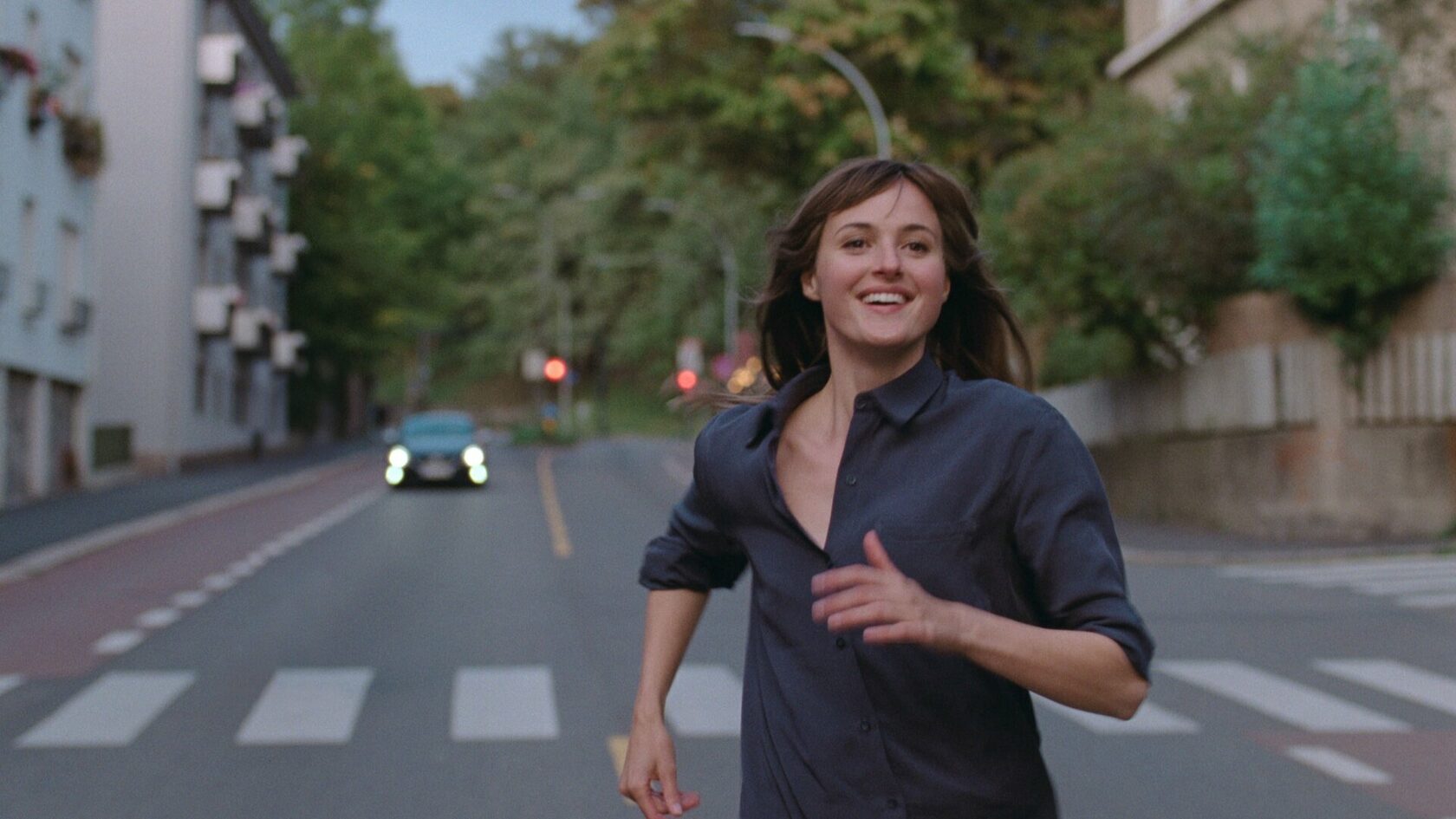 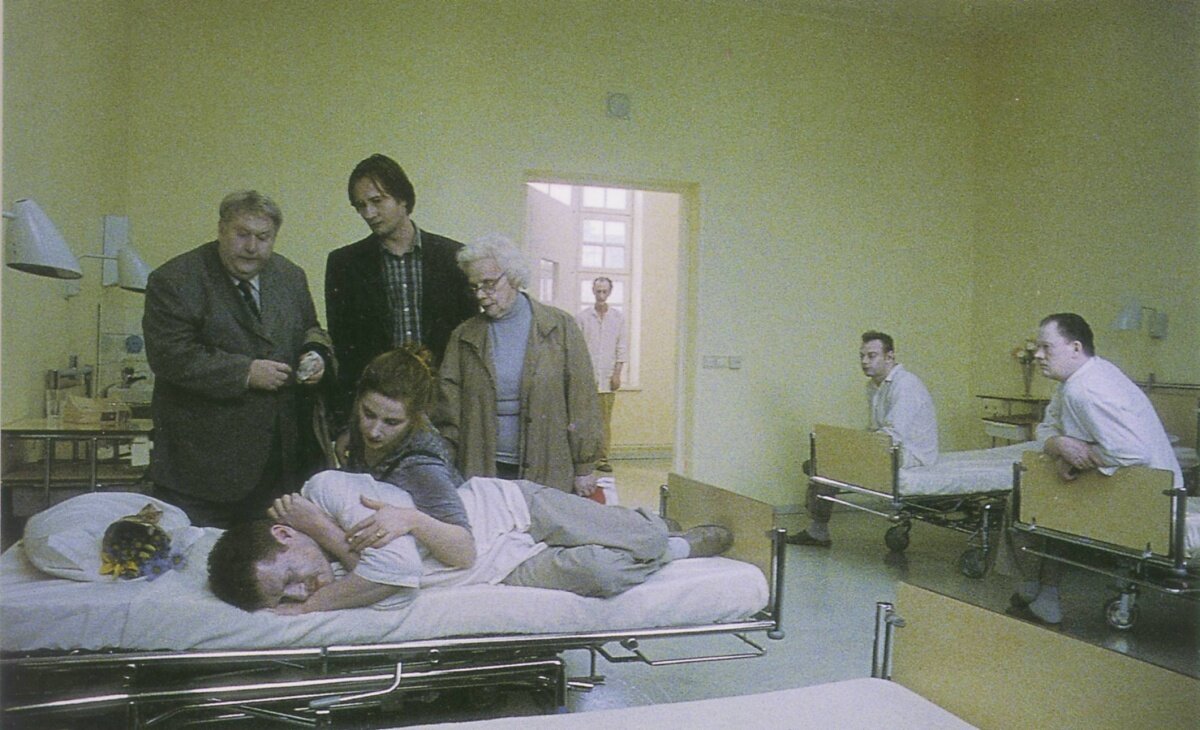 Many articles and books have been written about Lars von Trier, but less is known about his relative from Norway, Joachim Trier, although each of his films has received awards at international film festivals. Joakim came forward with the work Reprise in 2006. This is a film about two brothers who have the same dream, but fortune favors only one of them. While the second one can only observe the success of his sibling Joachim Trier's success was built on with Oslo, August 31 (2011) (presented in the program "Un Certain Regard" in Cannes). The name of the capital of Norway is in the title for a reason. It is also the character of the film. Oslo itself represents the Norwegian people, whose mentality is shown by the director. Most interestingly, Joachim tells about the place of his origin, he does this in a unique and authentic way, but the problems of Norwegians resonate in the hearts of viewers from all over the world. It brings us to the main conclusion: no matter where you come from, people have the same worries everywhere.

With his two films, Thelma (2017) and The Worst Person in the World (2021), Trier was nominated for an Oscar for Best Foreign Language Film. The first movie is a mystical thriller about a girl who fell in love with her classmate, but having received reciprocity, for some reason, instead of happiness and butterflies in her stomach, she gained paranormal abilities. The second one is a simple melodrama about the existential searches of a thirty-year-old, Julia. It seems that these films cannot be compared. They are filmed in different, even polar, genres, and tell completely different stories, but they are united, first of all, by the main characters who are trying to get to know themselves. Another important thing to note about Trier's filmography is that his films are not so much meaningful stories as reflections on familiar topics: family, relationships between people, the meaning and course of life.
Scandinavian cinema is an interesting phenomenon. Speaking about universal topics, it reveals them through the prism of a special Scandinavian mentality, with its inherent coldness, sincerity and intimacy. When a film from Sweden, Norway or Denmark gets to the screen, it is immediately apparent. Not only the beautiful views of nature and the actors with a typical appearance is what makes these movies distinct, but the authenticity in every frame of the film, as if it was made not for the world's distribution, but only for nordic people.
© 2020 – 2022 IN VISIBLE
© 2020 – 2022 IN VISIBLE
Made on