Awarding The Grand Prize to Pugalo (2020) – a Yakut movie – the jury of the Sochi Open Russian Festival admitted that some of the members are unfamiliar with the Yakut cinema in general. This seems as if the talking was about another country and not the largest area with the most extreme environment in Russian Federation. Self-sufficient Sakha cinema is shot in similar modes of economy and limitation, which do not limit the idea and plot but only develop artistic solutions.

08/05/2021
Isolation
Being the hugest administrative unit by area, Yakutia has a low population density, which does not reach even a million as of 2021. India, a state of the same size, is home to two billion people. But this, of course, is understandable: the climate of India is much more comfortable and adapted for life, and the historical and political path is quite different.

Russian pioneers came to the republic in the 17th century: Yakutia has become a place for prisoners and political exile since then. But even now there are not so many people who want to settle in the land of permafrost with polar nights and days: for a modern person, who has been separated from close interaction with nature for many centuries, getting into such hard climate will be total stress for both the psyche and the body. In Russian social networks, photos of cities in the Far North – including the Republic of Sakha – are popularas they depict harsh living conditions: snow-covered cities, frozen houses, polar nights. All this causes a feeling of hopelessness, longing and icing. Playwright Mikhail Bashkirov, who moved to Yakutsk – the capital of the republic – in 2016, says that "all the time you feel the proximity of death" here. The sense of extremity separates Yakutia both geographically and mentally.

Yes, Russia is a snow-covered cold country, but the Republic of Sakha is even darker and colder . Although, is it fair to compare them? It's no secret that Moscow and St. Petersburg have little in common with the rest of Russia. But some of its regions, including Yakutia, can also hardly be called Russia the europeans know.
National self-sufficiency
Sakha is also the name of the indigenous people of Yakutia of Turkic origin. It is important to note that the name "Yakuts" was given to these people by the founders of the Far North – as well as the name of the region, which, by the way, in Russian toponymy is written as "the Republic of Sakha (Yakutia)". The great distance from Moscow and the western part of Russia has allowed these people to form separately, without the influence of Russian or European culture, and to preserve this primordial spirit. Doctor of Cultural Studies Dmitry Zamyatin notes that the Yakuts are isolated not only from the Russian regions, but also from their own language family. However, this only strengthened the national identity of the Sakha, formed at the junction of the Turkic-Mongolian bloodlines, while other Turkic ethnic groups, such as Tatars, Bashkirs or Chuvash, have significantly assimilated with the prevailing Russians by culture-mixed marriages, changing of religion, indifference towards their native language and customs.

Perhaps, among the ethnic minorities from the territory of European Russia, the Sakha people can be compared with the Mari people in terms of loyalty and preservation of folk traditions, a large part of whom still profess a pagan religion based on national mythology. 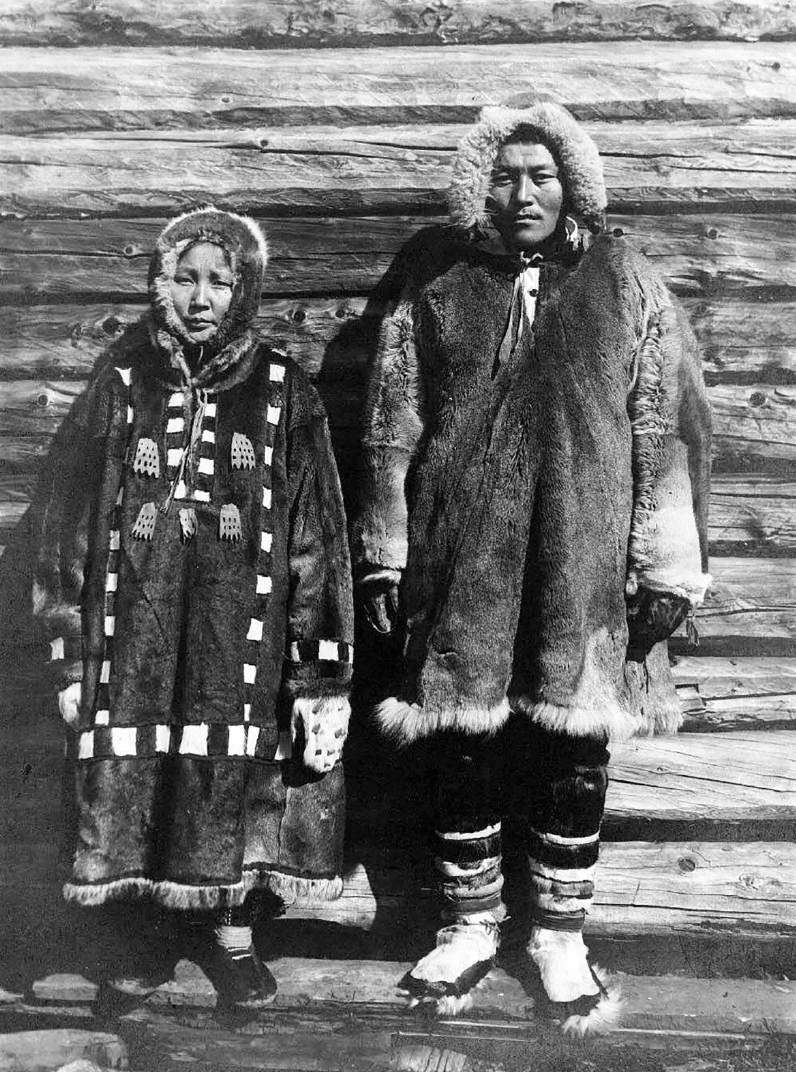 At the critical moment of the fall of the USSR, republic men of culture, including filmmakers, made a bet on the Yakut language and identity. "The language attracts the viewer, he wants to see Yakut-speaking characters on the screen… Film distributors met us halfway and rented Yakut films," says Sardaana Savvina, curator of the programs of the Yakut International Film Festival.
Listen to souls
Any pagan belief originates from the proximity to environmental forces and their personification in deities and spirits. Despite the mass Christianization in the 17th century, folk beliefs, rituals and customs are still strong in Yakutia. For example, the most famous of them is that a person has three souls. The Sakha continue to listen to nature, to cajole it, or to ask for advice and seek support. And how else would it be, when people need to adapt to the harsh nature and please it in order to survive? The unconscious thinking of centuries is much closer and more tangible than the bare and consistent reflection of events. Therefore, the abundance of mystical and mythological symbols and concepts becomes the basis for both thoughtful dramas and horror films.
Intimacy and universality
There is a joke among the Yakut filmmakers that "half of the republic is shooting, half is watching". Given the small population of Yakutia and the "genuine democracy" of its cinema, which implies the absence of a professional hierarchy, this joke is completely true. The most famous Yakut director, the Pugalo author, Dmitry Davydov, is a school teacher who would first shoot films on a mobile phone. According to the program director of the Yakut International Film Festival, Alexey Medvedev, the attraction of Sakha cinema for chamber stories provides them with a festival future.
It is important to note that despite the proximity to nature and national shades, the characters of Pugalo are firmly tied to Russian realities-shabby state institutions, police stripes and Russian names, which are adjacent to the Yakut language of the film, even a little corruption and bureaucracy, and daily routine – chupa-chups on the shelves, depressing urban landscapes with panels. At the same time, there are also features of American independent cinema: pop-singer, but the non-professional actress Valentina Romanova-Chyskyirai in the title role as Yalitsa Aparicio in Roma (2018) by Alfonso Cuaron, and the character herself, paired with a police officer who helps her search for her missing daughter, has something in common with Mildred and Dixon (what a hyrony – Dixon is also named one of the Yakutia's town) in Three Billboards Outside Ebbing, Missouri (2017). The filthy-attractive naturalness distinguishes the film, drawing it to the screen: in the same way, in the 21st century of triumphant technologies, you want to turn to superstition, mysticism and miracle.

Sakha cinema manages to stay away from chthonic stuff: Pugalo unlike Yuri Bykov's The Fool (2014) or the films of Alexey Balabanov, it is not about the fact that the main character is a drunkard or that she or he is surrounded by disgusting people who do not appreciate her help, but about the tragedy of a lonely person.
Modesty and sincerity
Yakut cinema is not about multi-million or even billion-dollar budgets. From the very beginning of the festival triumph, Pugalo begins with the simple titles with fonts from Adobe Premiere Pro; the frame is stunning from a hand – held camera, and in the scenery – nature, dark streets of the Yakut town, wooden houses and a police station. At the same time, the visual component is distinguished by interesting camera solutions and angles, tricks with color correction.
Yakut cinema is not about strength and masculinity. Film critic Anton Dolin in the article "Exit attempt. The Yakut Miracle" of the Shades of Russian: Essays about Russian Cinema book notes that Yakut cinema is characterized by a truthful and human appeal to history, while the events of the Russian cinematograph "turns into a myth, undergoing "corrections" or oblivion for many years". Sniper Sakha (2010) military drama is not like Russian quasi-patriotic blockbusters: at the forefront is a human decision, which differs from the "canons" of Soviet military cinema, a human drama and an initially unfavorable position for the general course. In this sense, the Yakut cinema resembles a thaw, because it follows the principles of psychologism and humanity.
The commitment to one's own nature – in every sense, to its laws and unity with it – is reflected in Sakha cinema. This is facilitated by the pagan origins of beliefs, nature, and cultural separation. The humanism of the plots, multiplied by the national flavor and mixed with modesty. Humble and pristine. And most importantly – frankness and understanding of art as self-expression and utterance.