Our Flag Means Gay (and Death)

We are all done with the queerbaiting. The series stretched over several seasons with unclear love intentions of the characters have already got under our skin. So it is time for someone to finally throw down the gauntlet to the industry that cashes in on LGBTQ+ audience. Taika Waititi and David Jenkins threw it right in its face.

Their new series Our Flag Means Death (2022) became the most popular TV series in America, surpassing even Euphoria (2019) which has held the honorable first place for the last couple of years. Those fantastic numbers and audience ratings prove a simple truth: if you treat your audience with respect, you will get the proper recognition.

So what is the fuss about? Ten quite short, by the standards of the industry, romcom episodes about gay pirates led by the "Gentleman Pirate" — Stede Bonnet (Rhys Darby) and his...It's actually hard to say who exactly he is to Bonnet, but he is known as the most terrifying pirate — Edward "Blackbeard" Teach (Taika Waititi).

The main plot revolves around those two. It seems that Bonnet is not made to be a pirate at all: he is trying to wean his crew from looting, homicidal tendencies, and other typical pirate habits. Not to say that it's going perfectly, but his team is far from bloodthirsty pirates. We could say they really found their captain, even though it's hard for them to admit it. Blackbeard is the absolute opposite of the dashing captain. Legends about him are known in every tavern, and the stories of his exploits are told to young pirates before going to bed. He kills left and right, leaves scorched ships behind him, and spares no one. That's what the stories say. In fact, he's a fan of fine fabrics, his eyes don't burn with hellfire, and the only treasure he is looking for is love.
Frankly, pirate stories have moved away from plausibility a long time ago. Every attempt to make them realistic failed and collected negative feedback. Not counting Pirates of the Caribbean (2003-2017), but historical accuracy is difficult to maintain there too. So why try to sail on a leaky ship when you can build a new one?

The ship of Jenkins and Waititi sailed so well because they did not try to do anything supernatural. On the contrary, everything that is happening in the series looks organic, even though it's a comedy genre which sometimes implies grotesque and absurd. There is a much deeper meaning behind tons of "fuckery" than it may seem. From the first meeting of the two captains, we understand that this story is not about confrontation and contest but about mutual assistance and learning something new together. And, of course, about true love — in the case of this series, we can finally say this openly without drawing conclusions from hints and innuendos.
Strange to say that these characters had prototypes in real life. Stede Bonnet became famous as the "Gentleman pirate" who ran away from his wife to meet adventures. While Blackbeard, historians say, indeed never killed anyone with his own hands. Historical accuracy wasn't the priority for the creators, though. It is the intimacy of accepting your true self and love. Moreover, our two pirates in love deserve each other: Bonet is deservedly called crazy while he sets fire to an entire ship with nobles who decided to laugh at Edward, and Blackbeard is ready to sacrifice his pirate honor to save Stede from execution. 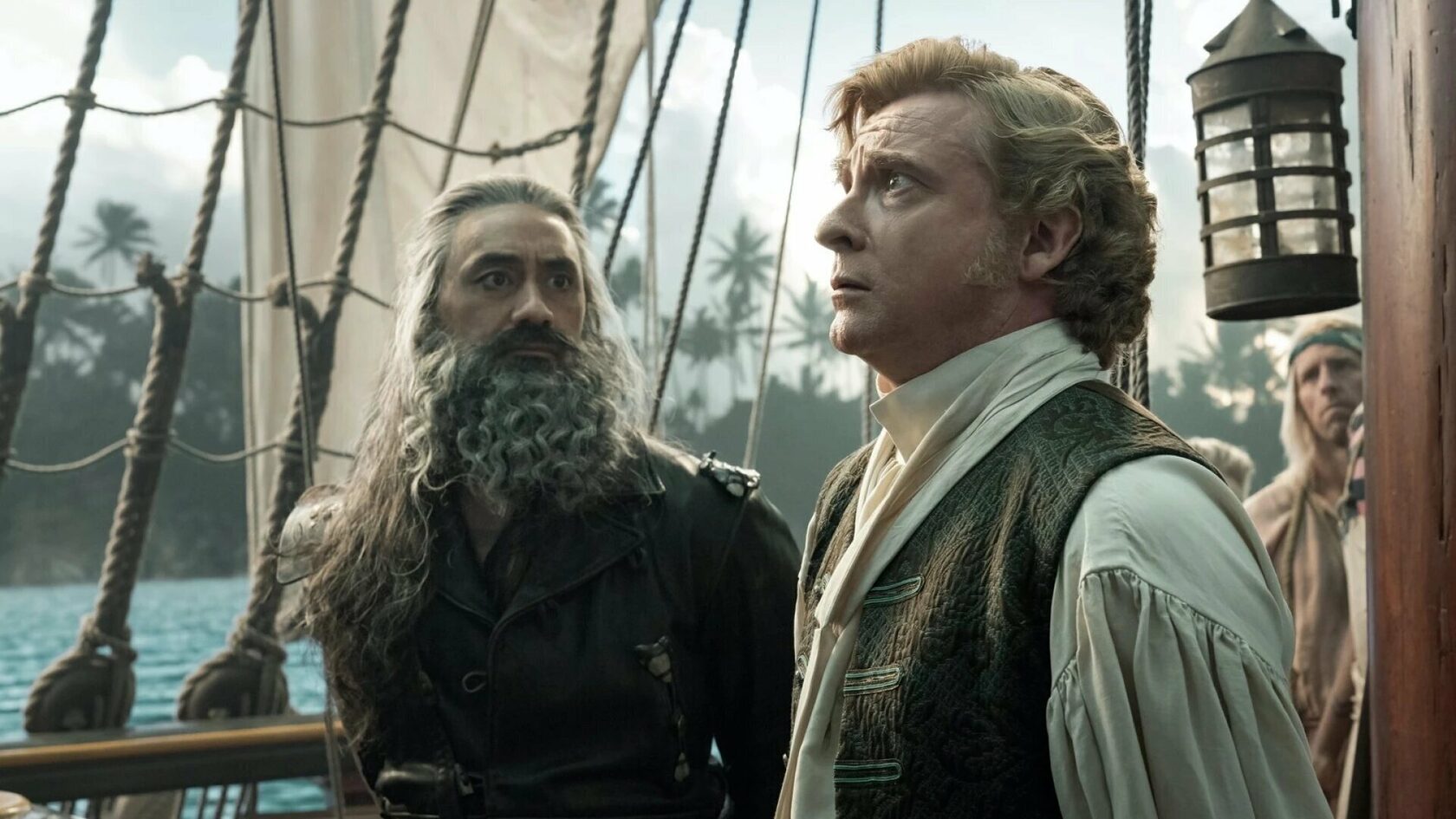 There is no forced drama in this pirate story — only the one waiting for us at the very end. It can be explained by the obvious groundwork for the second season, which we are already waiting for, but such cliffhanger is the reason of one serious plot hole. We won't tell you what it is — go and watch. When a captain who has always been teaching his crew according to the principle of "we talk through as a crew" does not follow it himself and thereby hurts, perhaps, the dearest person for him, it looks irrelevant. But the most painful part is that it makes Edward Teach, after finding himself for the first time in his life, go back to the plain image of a formidable tyrant-pirate — albeit with a painted beard.
Anyway, it's hard to argue that such a drama has many opportunities for further logical development of events. We can forgive creators for this misunderstanding between characters, because it feels that they enjoyed the show as much as we did. Just look at Taika Waititi who seemed to have been waiting for a chance to wear a black leather suit and a big beard for all the years of his career. And their duet with Rhys Derby is something incredible: imagine working on several shows together, so that then your characters end up kissing on a cliff. This is what we call fuckery. 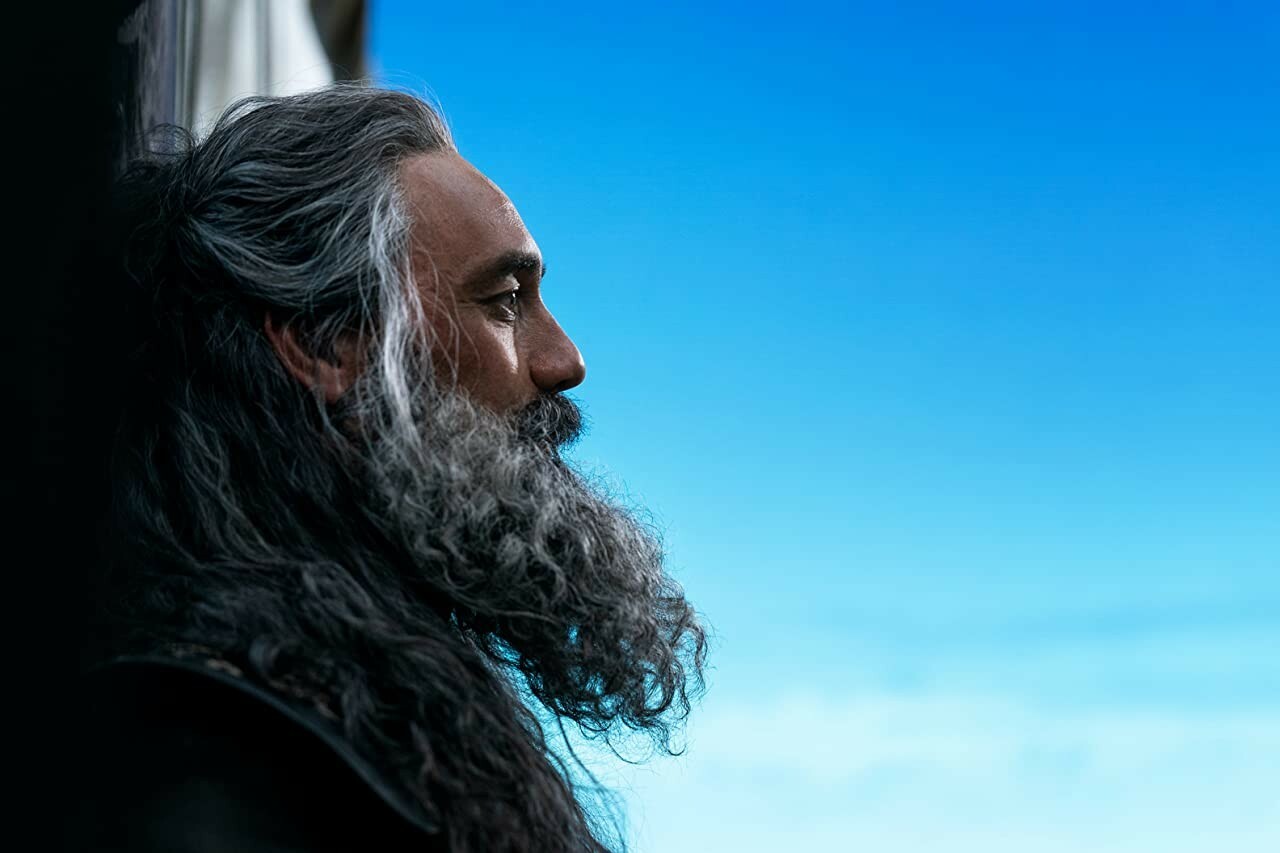 As a result, we have only ten episodes that put the industry in its place and, finally, show how to properly make queer movies. No way we will be left without a second season — the first one was too good. The only thing we hope for is a conscientious resolution of the conflict between the main characters without unnecessary forced drama. After all, we've just realized that the plot can easily be quite fascinating without it. And despite that real story of the "Gentleman Pirate" and "Blackbeard" — prototypes of our characters — did not end very well for them, we don't need to worry that it turns out as sad as it was in real life. Because the creators set themselves tasks more serious than just historical plausibility.
© 2020 – 2022 IN VISIBLE
© 2020 – 2022 IN VISIBLE
Made on