Mike Mills, who once conquered the hearts and minds of cinephiles with 20th Century Women (2016) and Beginners (2010), this time presented C'mon C'mon (2022) — a personal and quite touching story about two little people — one physically, and the other morally.

A radio journalist named Johnny (Joaquin Phoenix), an absolutely unremarkable man. Johnny got through the death of his mother and an obviously painful break-up, and now he is slowly moving towards the realization of the futility of basically everything. Things change when Johnny's sister asks him to look after her little son Jesse (Woody Norman) for a while. Johnny babysits his nephew round the clock and conducts a radio project in his spare time, which consists of interviewing children from all over the United States. The interview involves all possible topics — from religion to relationships with parents and it is aimed at reminding a long-forgotten fact: "From the mouths of babes shall come the truth". The questions Johnny asks his little guests during the interview invisibly follow him and Jesse throughout the film. The conceptual and everyday tandem of topics raised by the director creates an amazing mix of experiences, transforming Mike Mills' film from a personal story into a deep philosophical reasoning and back within seconds.
C'mon C'mon is not much of a visual guide to good fatherhood but more of a detailed psychological portrait, not just Johnny and Jesse's but of all parents and children in general. The subject of the director's reflections is the problem of communication between generations. The best part is that he offers the solution on how to deal with it.

By talking.
C'mon C'mon is exactly the kind of film whose beauty and indisputable value is built on dialogues. Perhaps that is why the director has chosen the black-and-white version of the movie — in order to shift attention from the picturesque American landscapes as much as possible in favour of the words of the characters. The main interest is, of course, the interaction betweenJohnny and Jesse. They are relatives, but they are complete strangers. They both don't know how to express their feelings and how to talk about them. It seems to both of them that no one will ever be able to understand them to the fullest. Healthy communication is doomed to failure, or at least it seems to be. But for some reason, it is each other they want to trust the most, share all those intimate thoughts that are restlessly rushing through their minds. They find the support that they can cling to and they do, helping each other to sort their thoughts out and live through the most negative feelings. 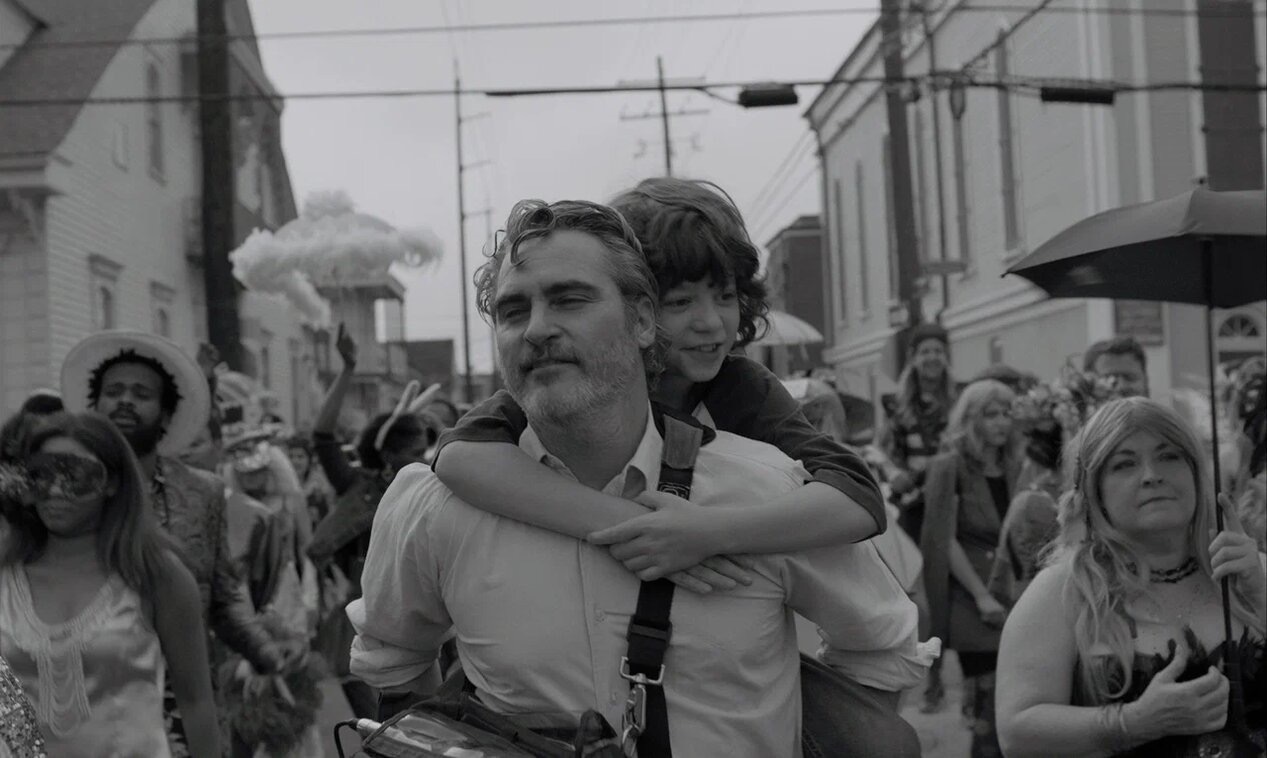 Mike Mills builds a narrative in a quite fascinating way. The storyline of Johnny and Jesse is interrupted by the filmed parts of the interviews conducted by Johnny. It creates an interesting correlation between what the children are talking about and what is happening in Johnny's own life. Thus, the childrens' answers to each of the questions are played out in Jesse's behavior. The viewer basically gets a visual illustration of what children are trying so hard, but unfortunately, often unsuccessfully to convey to their parents. The reasoning behind this problem is also expressed in one of the episodes: "Nobody knows what they're doing". Neither parents nor children fully understand what to do and how to get out of the pit of misunderstanding and rejection. And this seemingly bitter truth is, in fact, calming. Misunderstanding, mistakes and lack of clear awareness of what you are doing is natural. It is impossible to keep everything under control, especially when it comes to relationships with other people. The questions of how mutual understanding is measured and where is the line between parental care and intrusion into the life and thoughts of a child are what stands at the head of Mike Mills' table. 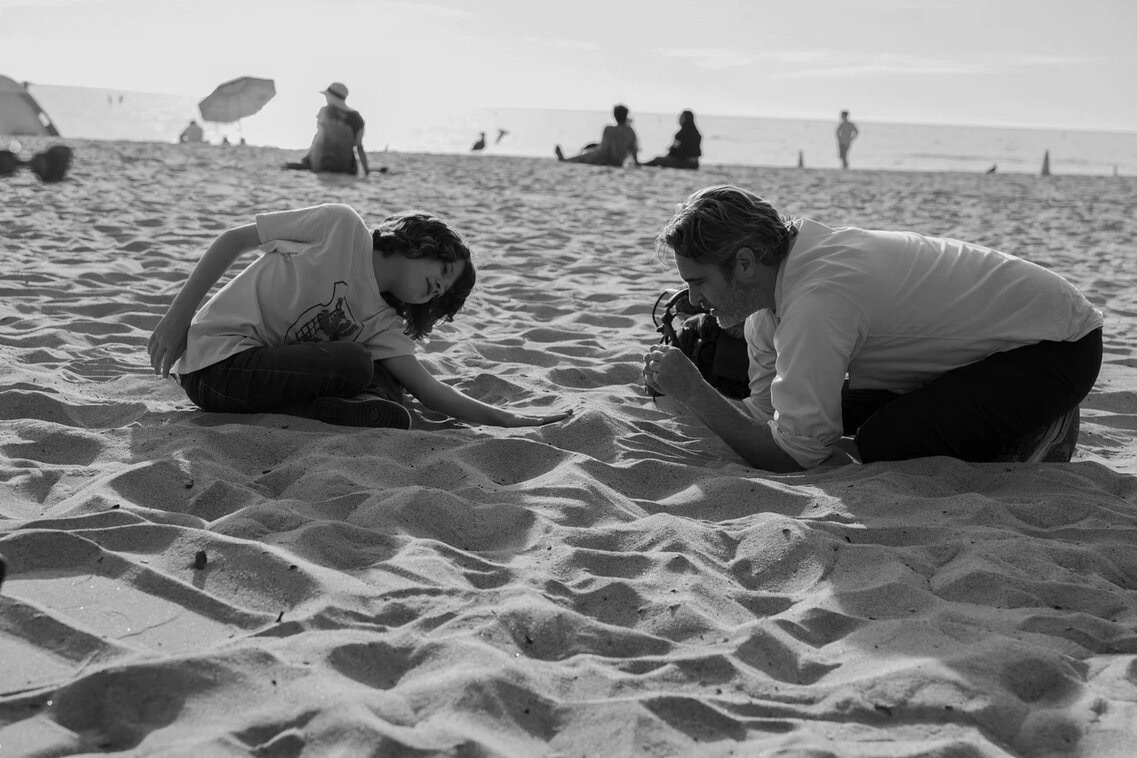 The Johnny and Jesse's storyline and numerous parallel interviews have one particular goal — to show how important it is to listen to the younger generation. It is unacceptable to turn a blind eye to the problems that seem inappropriate for a child's age, to smile condescendingly instead, and the director is trying his best to show it. Children's reflections and experiences do not deserve indifference, and it is this immutable truth which is the overarching theme of the entire plot and every dialogue.
Johnny and Jesse are not just "uncle and nephew", they are friends, colleagues, associates. Each of their conversations has a therapeutic effect, and for both of them. Johnny teaches Jesse that "You can be "not fine" and that's okay", and Jesse poses questions that force Johnny to think about the nature of his painful feeling of emptiness. He makes him think about why he doesn't talk to his sister much and why he got so angry when Jesse got lost for just a few moments in a tiny store. For Mike Mills, it's as if there is no "child" and "adult", there are just "people". Age boundaries are erased, only human feelings remain, which do not have age limits and life experience boundaries. 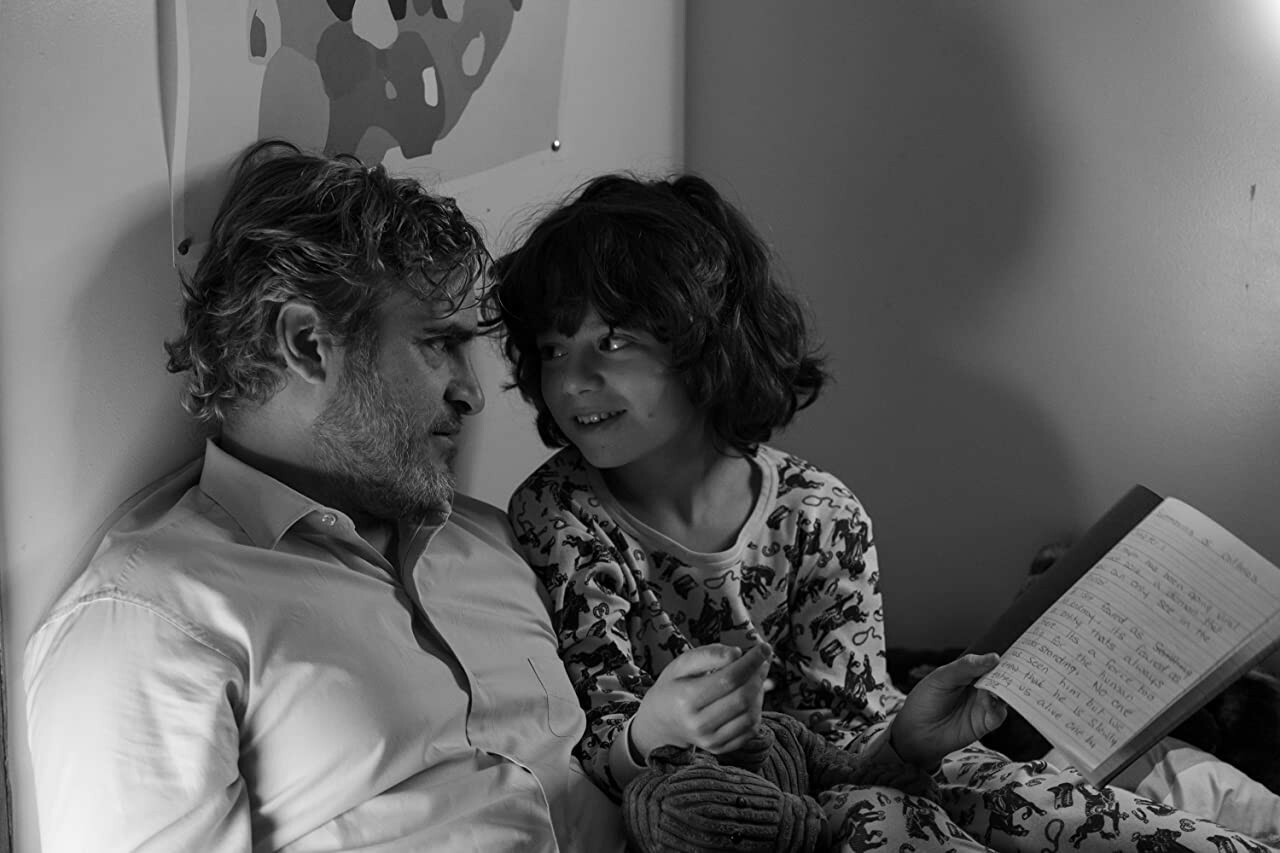 During one of Johnny's interviews, an interesting thought that "living in the XXI century became easier but not easily" was expressed. This directly correlates with what is currently happening in the field of intergenerational communication. We learn to listen to each other, to become more aware of ourselves and others. It really became a little easier for us to understand each other, but it still remains a difficult task.Mike Mills in C'mon C'mon (2022) once again proves how important it is to continue working in this regard.
© 2020 – 2022 IN VISIBLE
© 2020 – 2022 IN VISIBLE
Made on