The Execution (2021) is the big screen debut for the director Lado Kataniya, who's been famous for making clips for Russian artists, such as Husky: Judas.

27/05/2022
Considering the director's background in making small, visually rich music videos, many people expected the movie to be splendid and vivid. Kvataniya fulfilled all those expectations. Every scene in the film is shot carefully, and every detail we see has its own meaning which leads the most attentive viewers to deeper understanding of the characters and the story. Sometimes the details can even reveal what will happen next in the plot, but the viewer has to be super attentive to notice and understand those little hints from the director. Anyway, it's seen that the visual part of the movie is itself an adventure, and it's as gripping as the story itself.
The story unfolds in the setting of the USSR.For ten years the local police has been trying to catch the psychopath, who has been murdering women. Special investigating officer Issa Davydov was sent from Moscow to help with this desperate case. He barely changed the situation, though officially the guilty was punished. Issa had to send an innocent person to prison under the pressure of the corrupt system. One day it all is taking new forms, as one of the victims managed to survive. Now Isssa, along with the police, has to make up for the past mistakes, and make the real serial killer confess. First of all, The Execution is not a typical story for a russian criminal cinematographer. The most popular criminal movies in Russia for a long time have been the ones about gangsters. Some of the greatest films, for example Brother (1997), are dedicated to this topic, just like most of the mass TV series. It seems that Russian directors were either afraid or simply not interested in developing more complicated plots, for example the ones about maniacs and psychopaths. Twenty years ago the conception of gangsters fit perfectly in Russian realities. Now the situation has changed, and the time for development in criminal cinematography has come. Considering this, it is really pleasant to watch works like The Method (2015-2021) by Yuri Bykov or The Execution by Kvataniya, where the directors try to explore all the aspects of people's minds and come up with the convoluted plot. 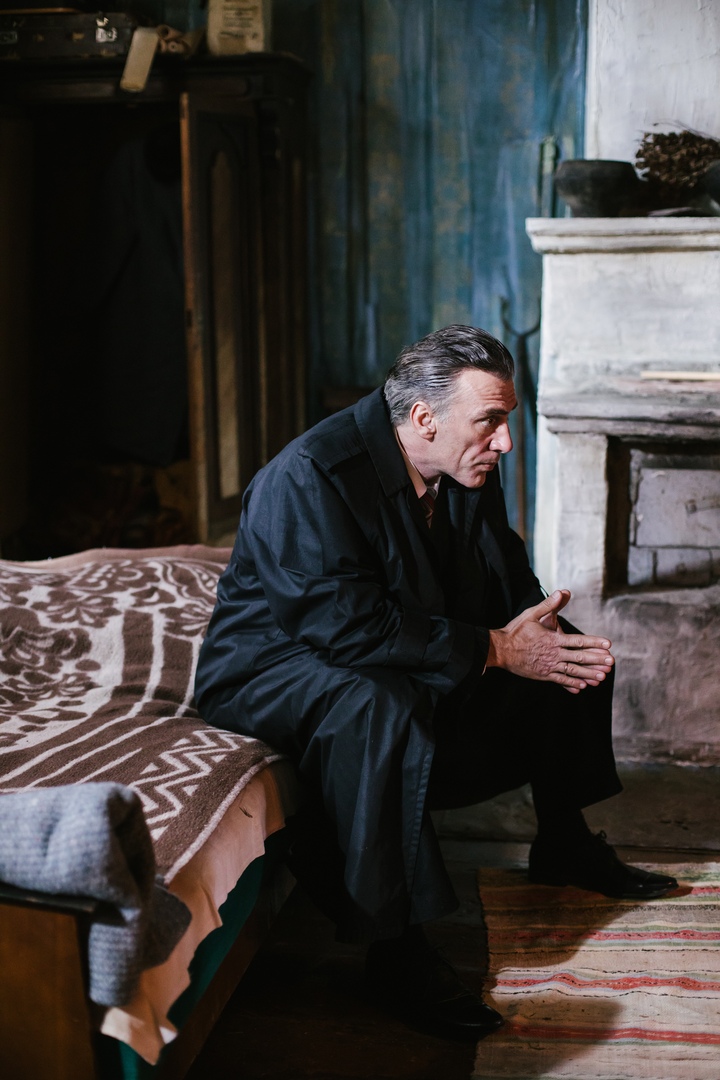 Talking about the cast, all actors did great in developing their characters on screen. Niko Tavadze managed to make Issa mysterious and a bit terrifying, as he should be. Yulia Snigir performed perfectly as Vera, a vicious woman, who pushed Issa down a slippery slope, as well as Aglaya Tarasova managed to create the image of a good and very strong woman, Vera's sister and the only one, who managed to survive the maniach's attack. But especially well did the actors, who played the most dramatic and controversial characters. Daniil Spivakovskiy played the role of Miron, who was suspected in all crimes. Being a psychopath and a person with a very tragic story, he had to perform weird and terrifying things. Spivakovskiy created such a natural image of an ordinary and insecure, from the first glance, 50 years old man, who hides an awful secret. Through the crazy eyes, gestures, and the manner of a speech Daniil immerses the viewer to the insane atmosphere of a thriller. Another impressive job was done by Evgeniy Tkachuk, who played a policeman Sevastyanov. His character goes through a lot of difficulties: underestimating and mockery in the beginning of his career, death of his beloved girl, who he didn't manage to save, the fall of his idols, the disappointment in the legal system. Tkachuk played so natural that he made the viewers believe in all the suffering of his character.
The Execution is a movie worth watching. The director, Lado Kvataniya, not only demonstrated all his skills in making an impressive visual, but also surprised by developing a complicated and interesting story. Moreover, the movie has a great cast of talented people. Concluding all mentioned above, The Execution is a carefully done movie in the best tradition of the genre of a criminal thriller. Such movies look new and intriguing on the Russian screens, and that is the reason to give it a try.
© 2020 – 2022 IN VISIBLE
© 2020 – 2022 IN VISIBLE
Made on