In "Love brings an ideal attitude and light to the mundane prose of life, shakes up the noble instincts of the soul and keeps it from getting coarse in narrow materialism and grossly animal egoism".

Filmmakers are slowly running out of pandemic reflection and moving away from the confined spaces, viruses, threats to humanity, and other horrors with which they have overfed the viewer. Nostalgia for the past goes much deeper than two years ago. The Time-Turner now takes us decades back when the problems and their scale were very different. Or seemed different.

Paul Thomas Anderson is a monumental filmmaker whose There Will Be Blood (2007) does feel like a dragging black spot, and The Master asks questions far deeper than just faith and man's place in the postwar world. But even Anderson creates a cinematic substitute for sugar — something albeit sweet but distant.

18/01/2022
You could say that Licorice Pizza (2021) completes Anderson's triptych about how human destinies can suddenly intertwine. 1999's Magnolia ties the characters into a painful knot, the consequences of which will forever leave a mark. 2002's Punch-Drunk Love is something entirely different, a true experiment. It has a healing which feels more like an eye-opening slap in the face for Adam Sandler's protagonist. And then there's Licorice Pizza where love isn't made to suffer or knock down. Without any script or predictable progression of events it lifts you up and makes you run. Just like in real life.
Anderson has made a nostalgic romance about a time that is perceived very differently now. The '70s in the U.S. was the oil crisis, the Watergate scandal, the anti-war movement and the end of prosperity period . In Licorice Pizza only the first point is mentioned - to show the main character's ignorance of his own business. Anderson portrays caricatured Hollywood stars being nostalgic for the eerily popular waterbeds of the time, and recalls how hard it was to get close to the slot machines. Anderson doesn't permit tragedy in any form.
There's something of Bunin whose "every love was a disaster" is about the film's protagonists. But Anderson says "not today," and confronts two absolute opposites. It's unclear whether the film's title refers to the record stores that teenage Anderson remembers, or whether it speaks of a combination that is impossible in nature.

Gary Valentine (Cooper Hoffman), whose name is more appropriate for a Hollywood star than for a fifteen-year-old boy, is the perfect teenager of 70s' America. He seems more mature than his age because of his winning charisma, has the roots of a brilliant businessman and is truly a born showman. Usually this description applies to characters who are extremely repulsive, but Gary is an exception. In everything he does there's adolescent maximalism and sheer self-confidence that many people lack. And every time the viewer is almost ready to buy a waterbed from him, we are reminded that the only thing close to the real business that Gary has is his last name. 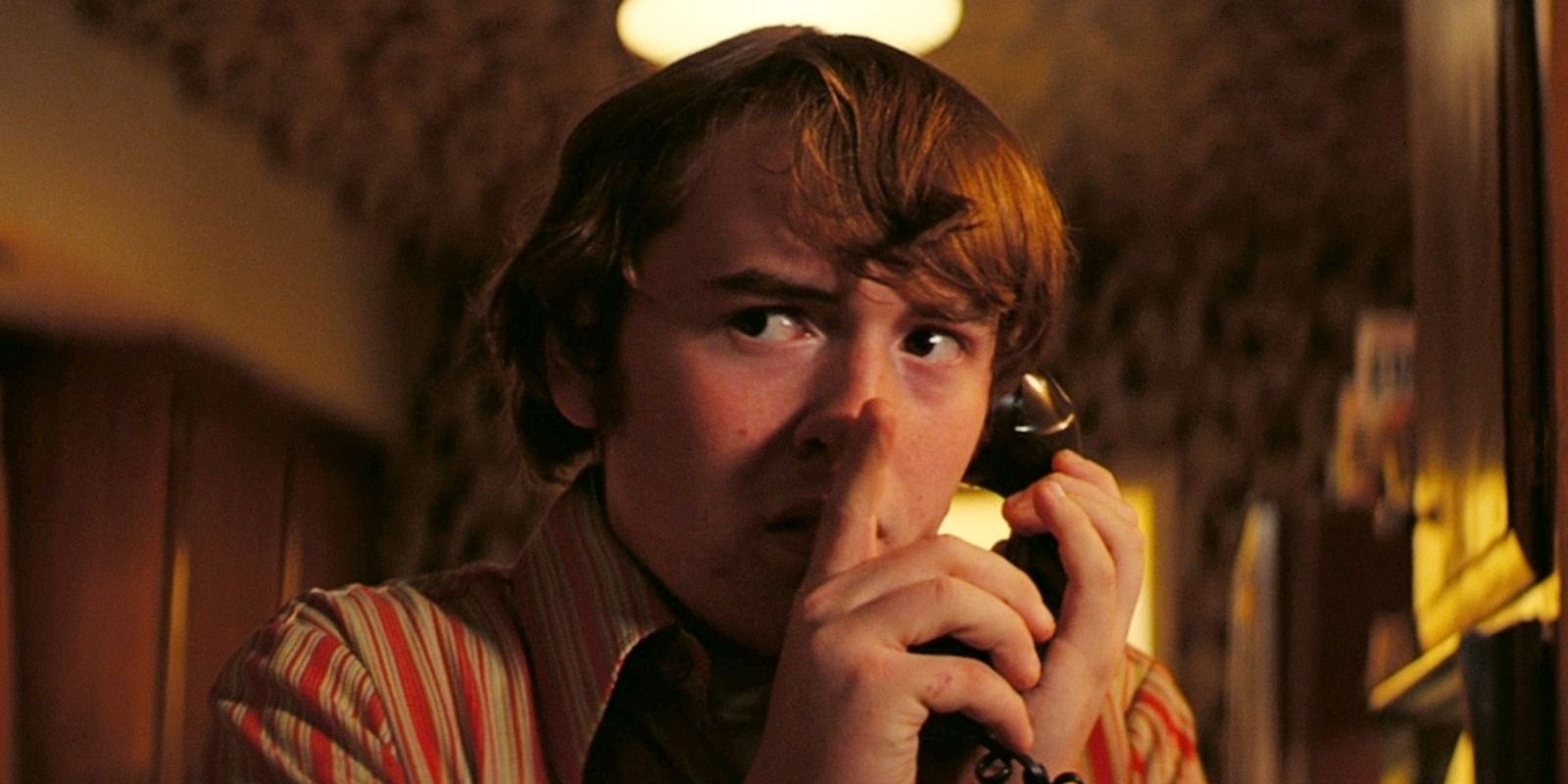 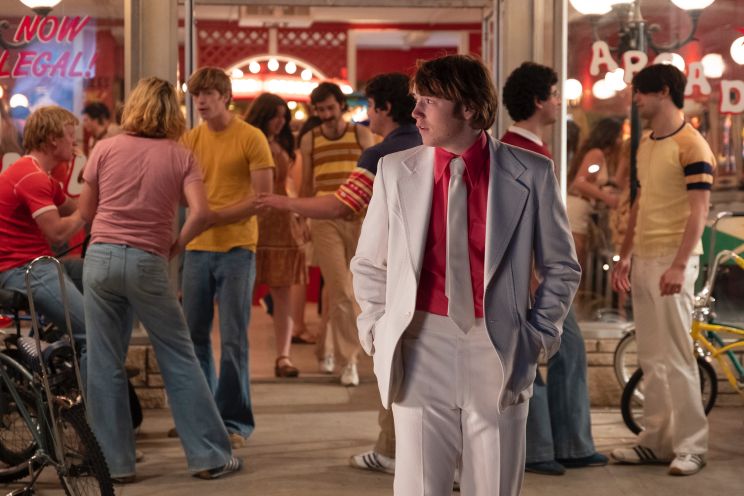 But the whole thing could have been hollow if Anderson hadn't assembled the perfect formula for a light romcom. Fresh, real faces come to the fore, and Sean Penn, Bradley Cooper and Benn Safdie are glimpsed in the episodes. We subconsciously expect a heart-wrenching drama from Anderson, but we get a chronology of events that, by the end of the film, increasingly works as something sedative and hilarious.
Completely different story is Alana Haim who sets a natural tone for the entire film - at least because she played herself and in partnership with her real family. The inner teenage of either 25 or 28 self-confident girl turns out to be much stronger. "It's weird that I'm hanging out with fifteen-year-olds," Alana says and does absolutely nothing about it.

But Anderson hasn't just created a confident, sassy girl whose image in other settings would have caused rather audience's dislike. Alana is a real 70s' heroine, trying to find herself, her acknowledgement , love, and just to figure out what to do next in the face of patriarchal unfreedom. But like Gary's case, once we believe in the righteousness of her actions, Alana starts monkeying around, sticking her tongue out and doing everything out of spite, exposing her inner child. Perhaps the main characters aren't so different. 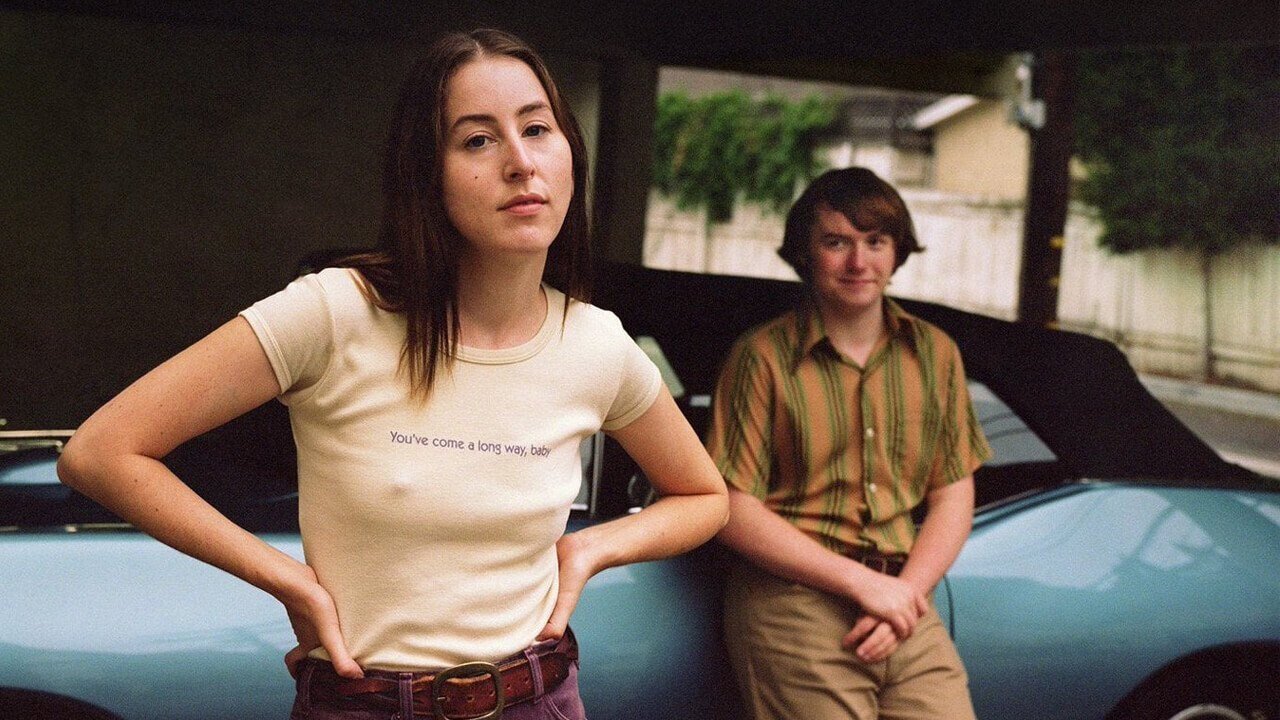 Licorice Pizza is totally unpredictable and feels like a vinyl record while the viewer, like a needle, moves circles toward the center. It's just as fluid without expectation of what comes on next.

Anderson has captured a carefree time where nothing is critical. Even the ten-year age difference between the main characters is seen as hilarious absurdity rather than cause for scandal. Licorice Pizza is a lingering summertime smorgasbord, just like licorice itself, which is not to everyone's liking.