Spencer — That's What She Was

«A fable based on tragedy»: the opening credits immediately make it clear — we should not take what happens on screen as a credible chronicle. And although history does not know the subjunctive mood, the filmmakers do allow themselves to make «What if?» plots. They can be understood — as can be the viewers who watch fairy tales with warm sadness: if things had turned out differently, we would not have had to mourn.

The story of Princess Diana still seems akin to Cinderella to many. But the beautiful picture of royal life began to crumble noticeably back in 1994 when Diana appeared in the iconic 'revenge dress'. On 31 August 1997 the princess was killed in a car crash, and with her crushed the hearts of hundreds of Britons and the innocence of monarchs.

And now, alas, she was gone.
A boy killed her. Not out of spite.
She always surprised everyone.
That's the way she was.

RUS VERSION
Director Pablo Larraín, who took on the story of the princess, had already made films about strong women: the inimitable Jackie (2016), A Fantastic Woman (2017), Gloria (2013). He treated them all with cinematic respect, and only Diana with regret. Larraín shows his attitude towards the princess in the title. We are not used to the name Spencer — ordinary, unremarkable, folksy. That's exactly what Diana was — a princess of the people, suddenly caught up in a fairy tale.
There is much more to the folklore genre here than meets the eye. A classic trio - that's the three days Diana in the story spends with her sons at the royal manor of Sandringham on Christmas Day. From the start she feels out of place. The amount and variety of food starts to make her nauseous on the second listing of the menu, and Diana is left to roll around like an unwanted apple on a gold platter.

The princess is so lost that she does not recognise her homeland: a faded hill and a scarecrow with her father's jacket prove to be the only reference point, a compass calling home. She wants — tries — to escape, but in vain. You are expected for dinner in fifteen minutes, Princess. 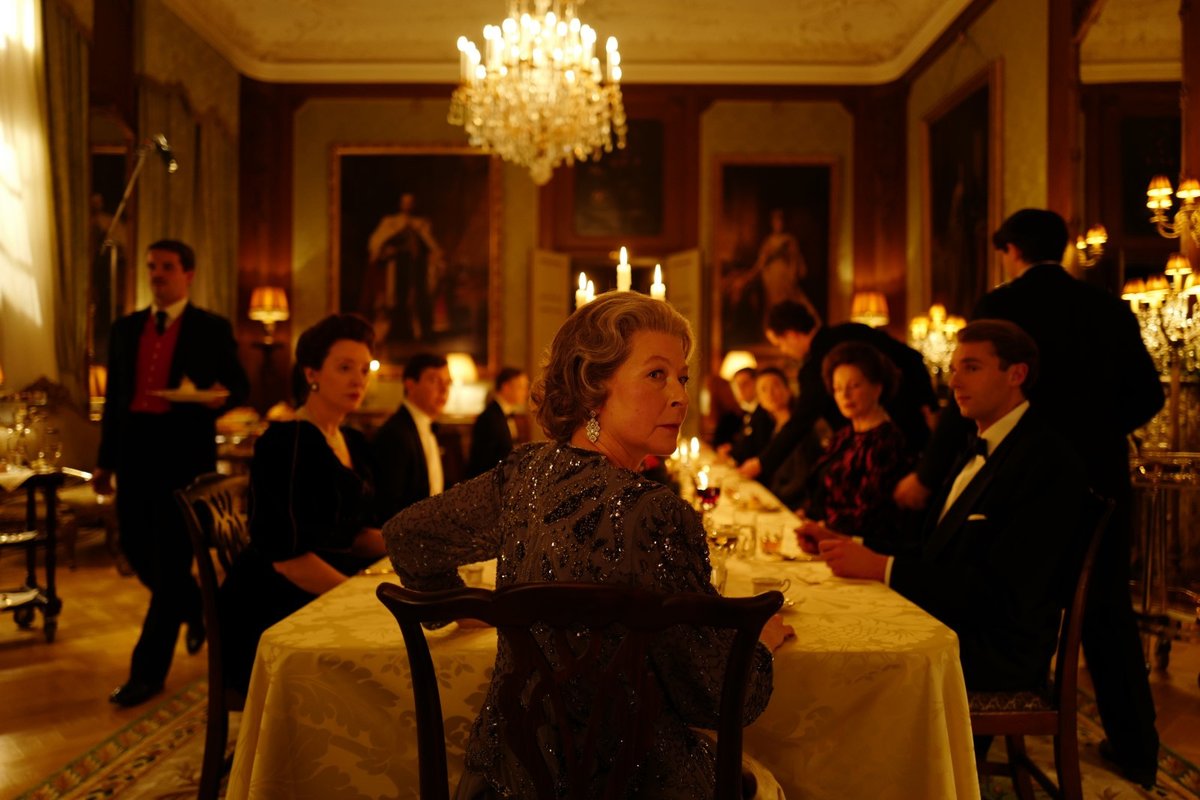 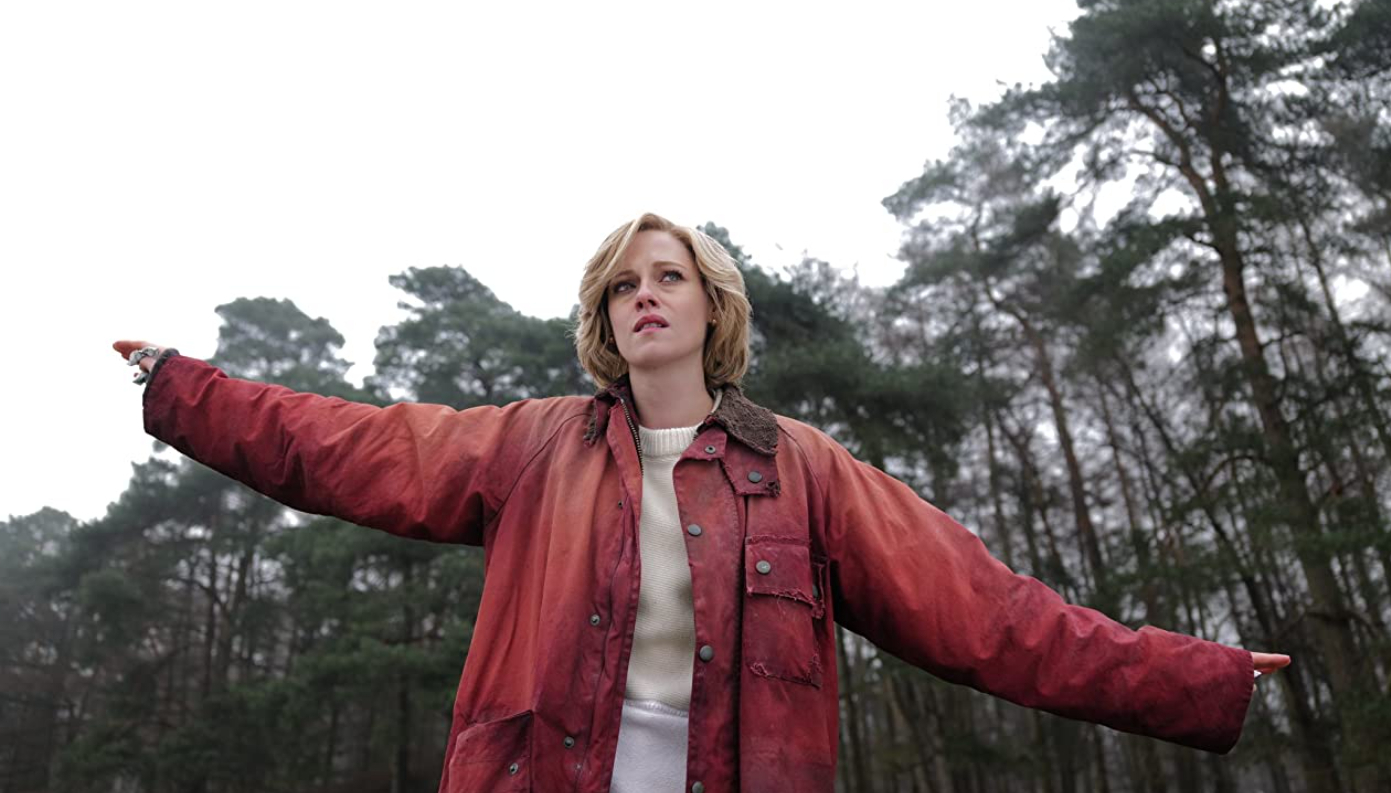 Everything going on is pressing, squeezing and screaming: "Fly away before it's too late". Prince Charles is not much of a wordsmith, but just one phrase exudes bile and fear for his own reputation rather than his wife's health. The unknowingly ex-military servant looks more like a spy with eyes and ears everywhere, not missing a single blunder. "Say you've seen a ghost," Diana asks the caretakers and knows that not even ghosts can walk around freely in this manor.
Can Diana's tearfulness be counted as the monotony inherent in a fable? The incredible Kristen Stewart has long since shrugged off stereotypes and taken a whole new peak, delicately blending her character's fear for her own life and concern for her children, defiance of silly traditions and subservience to an eating disorder. Around here, everything is frozen: "There is no future here. There is only the past in the present." The monotony kills, holds at her ankles and suffocates — Diana is not cut out for such a tale at all. She violates the sacred Christmas customs that monarchs have established for centuries. 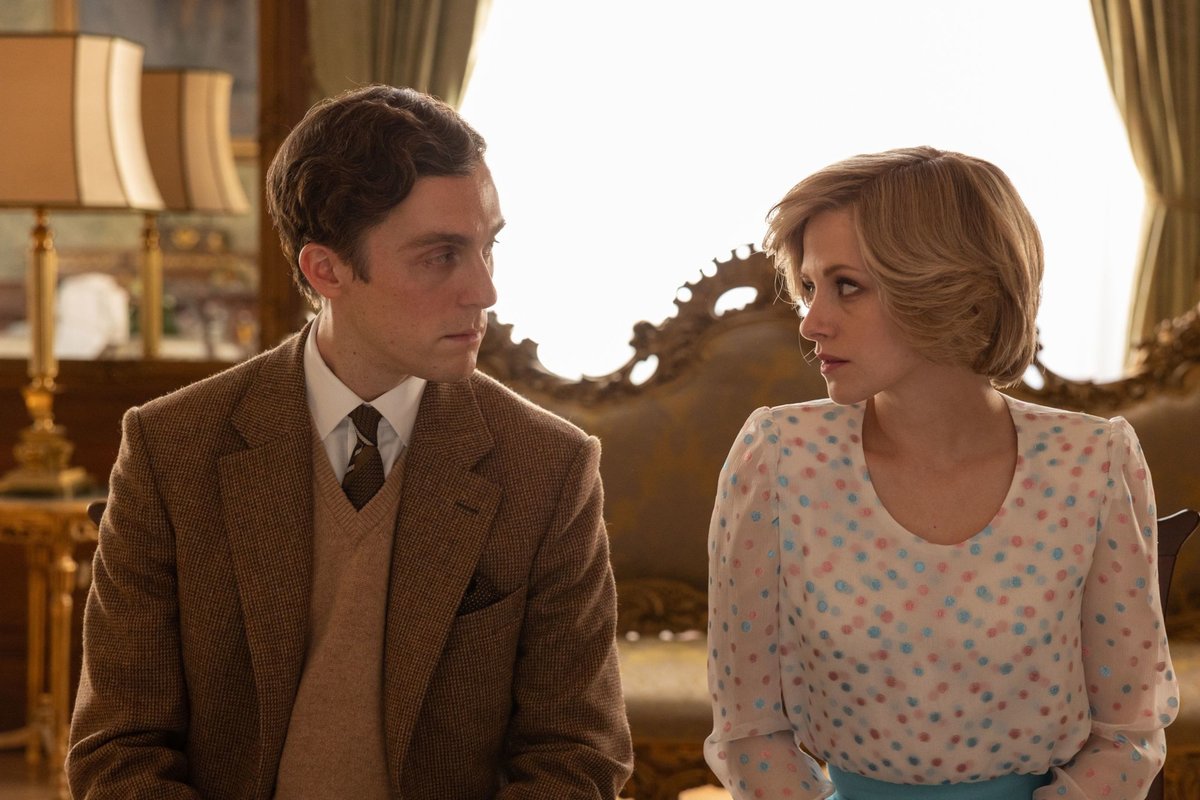 There are even mythical supporting characters in this tale, suddenly appearing before the princess: Anne Boleyn, who "before her death bowed her head with such grace" that Diana did not expect to see in herself. Even the nicknames inherent to kings and fairy-tale heroes do not pass the princess by: she foresees that a hundred years from now she will be remembered in history books as Diana the Madwoman.

But among the soulless ghosts of the estate there is a living soul after all — stylist Maggie, who loves Diana, it seems, in every possible sense of the word. "It's not just me who loves you," she leaves a brief note for the princess and finally gives her the key to inner, popular freedom.
Nothing fairy to hold onto here: "They're going to kill me," Diana suggests, without specifying who and why. The creaky and disturbing music of Jonny Greenwood The Master (2012), The Power of the Dog (2021), There Will Be Blood (2007), Phantom Thread (2017) is far from major waltzes. The princess wants to wake up from her nightmare, while we want to wipe our eyes from the blinding shots in the unfocus or finally pull away from the constant stabilised frame. Somehow that's how Diane saw things around her, trying to hide from the paparazzi and not to do anything stupid.
In her fairy-tale castle, it's perpetually cold and there's no heating. "Stay quiet: they can hear you," says a sign in the kitchen and does not specify whose ears are resting in the walls.

Diana is running along a road she knows only too well, and only at the end does she state the exact direction — home. According to the canons of the fairy tale and its circular composition, the princess tries to escape at the beginning but succeeds only at the end. "Rip it off," whispers Boleyn from the shadows and instructs her as the eldest. 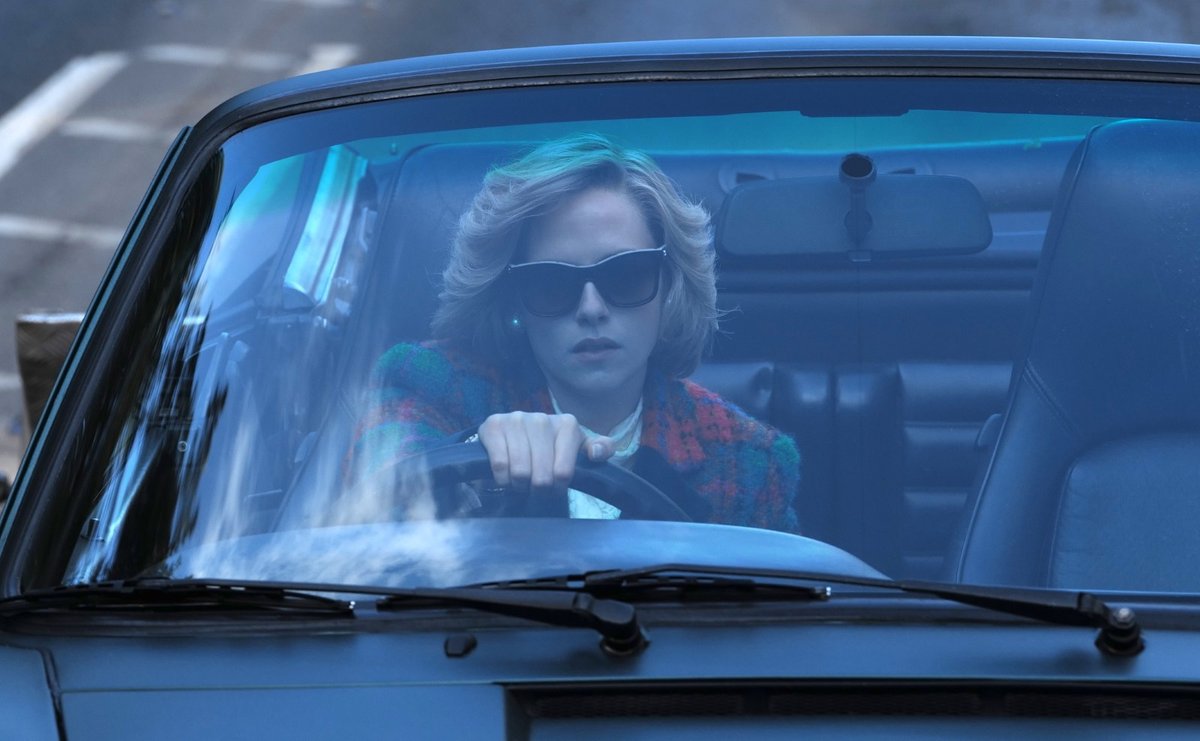 Diana needs love and care, simplicity and lightness, as the heroine in love with her observes. The poor princess could have been saved by the classic prince, but he turned out to be an enemy, and she had to save herself.
The tragedy of Lorraine's tale is that Diana, who was loved by millions, never got the saving feeling — as if the White Rabbit Prince of Wales had lured her into a hole from which she never got out. Centuries of tradition, kept only by a certain group of people, grinded the poor princess down and spat out for the wrong attire, the too open communication with the British, the human way of life that monarchs abandoned a long time ago. The faces of queens and kings will remain on banknotes, Diana's face has become a symbol of the toll of humanity.

Spencer in Lorraine's prism is a fictional character from the wrong fairy tale, a princess who escaped from the castle and became herself. This is exactly how she will be remembered by the viewer — sparkly, a little awkward, infinitely kind and infinitely unhappy.