Let us show you a typical review of the new Wes Anderson's film The French Dispatch (2021) from a typical viewer: "I have a headache, I didn't understand anything but I really liked the film!"

25/11/2021
A half of the cinephile community was waiting with bated breath for the new work of Wes Anderson. This is the director's first feature film since the sensational The Grand Budapest Hotel (2014), the aesthetic footage of which was seen, probably, by everyone with an account on any social network. Of course, everyone was wondering whether the director would be able to keep the bar. The French Dispatch premiered at the Cannes Film Festival, where it was received rather coldly and earned Wes Anderson no awards. Opinions about the film differed, but nevertheless they all had one common thought: The French Dispatch causes a headache. This phrase flickered even in very positive reviews. So what is it about the director's new work, whose title pops up on Tumblr next to the "aesthetics" hashtag?
The French Dispatch is literally an adaptation of a weekly newspaper, or rather an appendix to it. Fictional, of course, but this fact does not make the idea any less original. We see an almanac of various stories. As befits every self-respecting newspaper of the twentieth century, The French Dispatch has an obituary, city news, longreads about art, politics and haute cuisine, all written, of course, by the best journalists. The almanac format allows the director to speak on many topics at once, without trying to pull them together. In fact, all parts of the film are united only by Anderson's signature toy style. Nevertheless, he allows himself to experiment. The picture now and then flickers from black and white to color and vice versa, and in one of the "longreads" it turns into an animated cartoon. To point out, this is in the film of the director, who in previous animation works shot handmade dolls, and in the last fictional film he built the color scheme in such a way as to set off the texture of the fabric! Though the usual symmetry, square screen and overflowing with details have not disappeared anywhere. It's in abundance in The French Dispatch, moreover, in comparison with The Grand Budapest Hotel there is a feeling that Anderson's perfectionism has only intensified. Unfortunately, if the viewer is faced with the director's work for the first time, he will naturally be amazed by the style of a mechanical old box, where every detail works flawlessly, but for experienced fans and critics, this can already nourish their eyes and seem more likely not to follow the corporate style, but to be obsessed more on form than on content.
Behind the thought "Which of the series of these beautiful ideal frames should I post on Instagram?" the viewer may not notice the main thing, which is the plot. As already mentioned above, The French Dispatch is an almanac. Each "section" has its own story, where there are many characters with multiple problems. It should be noted right away that there are a lot of star actors here, as always with Anderson. Bill Murray, Adrien Brody, Owen Wilson, Tilda Swinton coexist on the screen with Timothée Chalamet, Frances McDormand, Léa Seydoux, Benicio del Toro and many other audience favorites. All this starry constellation is surprisingly harmoniously combined together. There is not a single actor who would not be in his place. They all make their fans squeak with delight and think about how much of the film's budget went only to the star cast. But back to the plot. It's too dynamic.
Events rush one after another, giving no time for reflection. You were distracted for a second to turn off the buzzing phone, and there is another incident on the screen, and then you sit in ignorance of the whole story, because you missed this little detail. And you also need to read the subtitles. A fast-moving kaleidoscope merges in the viewer's mind, causing a headache. The viewer has to see the picture dotted with details, catch the plot and also understand what the statement is behind it at the same time. Maybe there is no statement there, and the director, instead of inviting you to laugh at some topic with him, is actually laughing at you. But these thoughts appear only when the lights in the hall have long gone out, a cleaning lady walks through the rows, sweeping the scattered popcorn and shrieking at the spectators who are still sitting there. During the film itself, there is simply no time to think. Or maybe you didn't have to think, you just had to enjoy the whirlwind of events and allow yourself to relax? 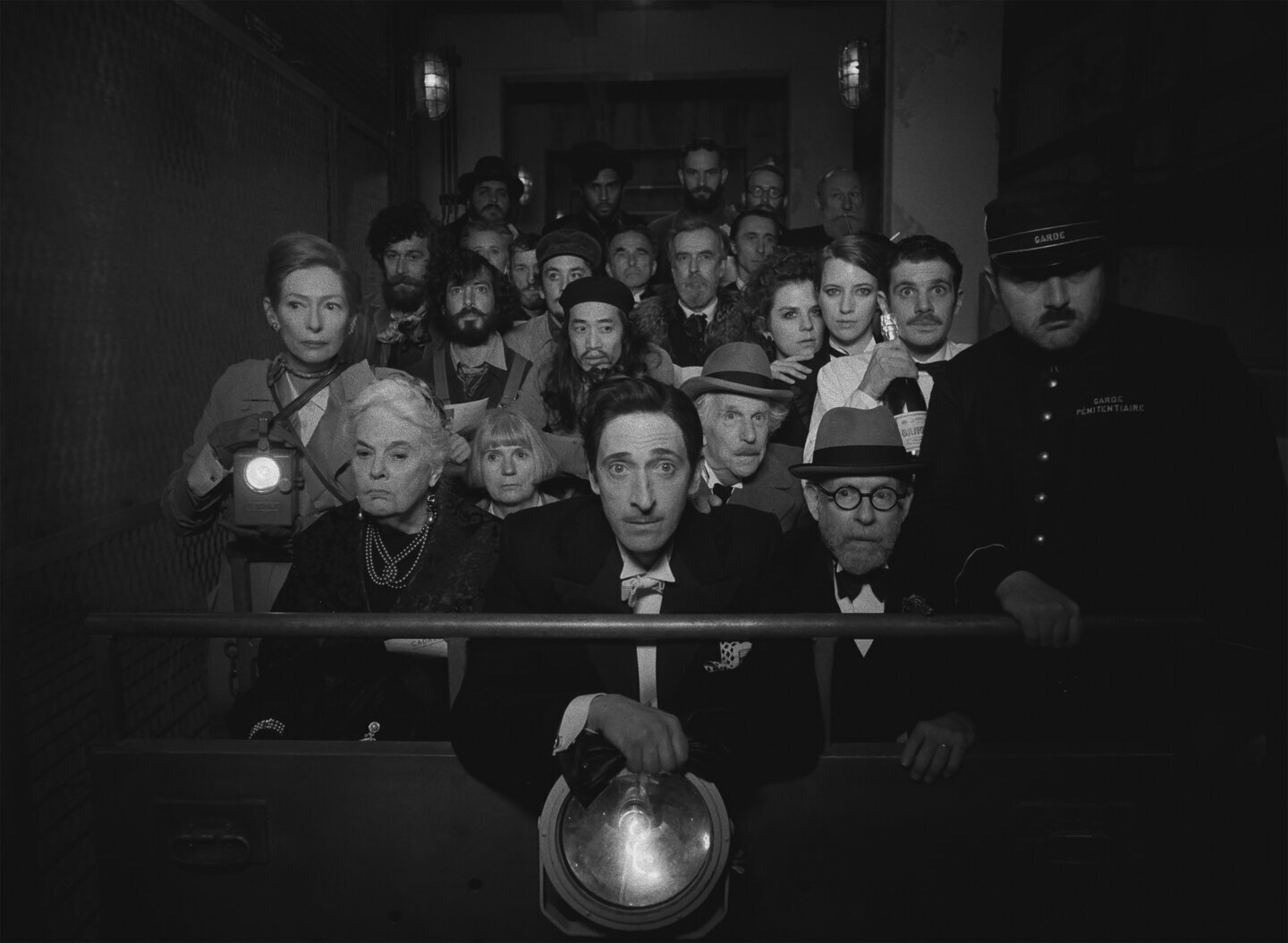 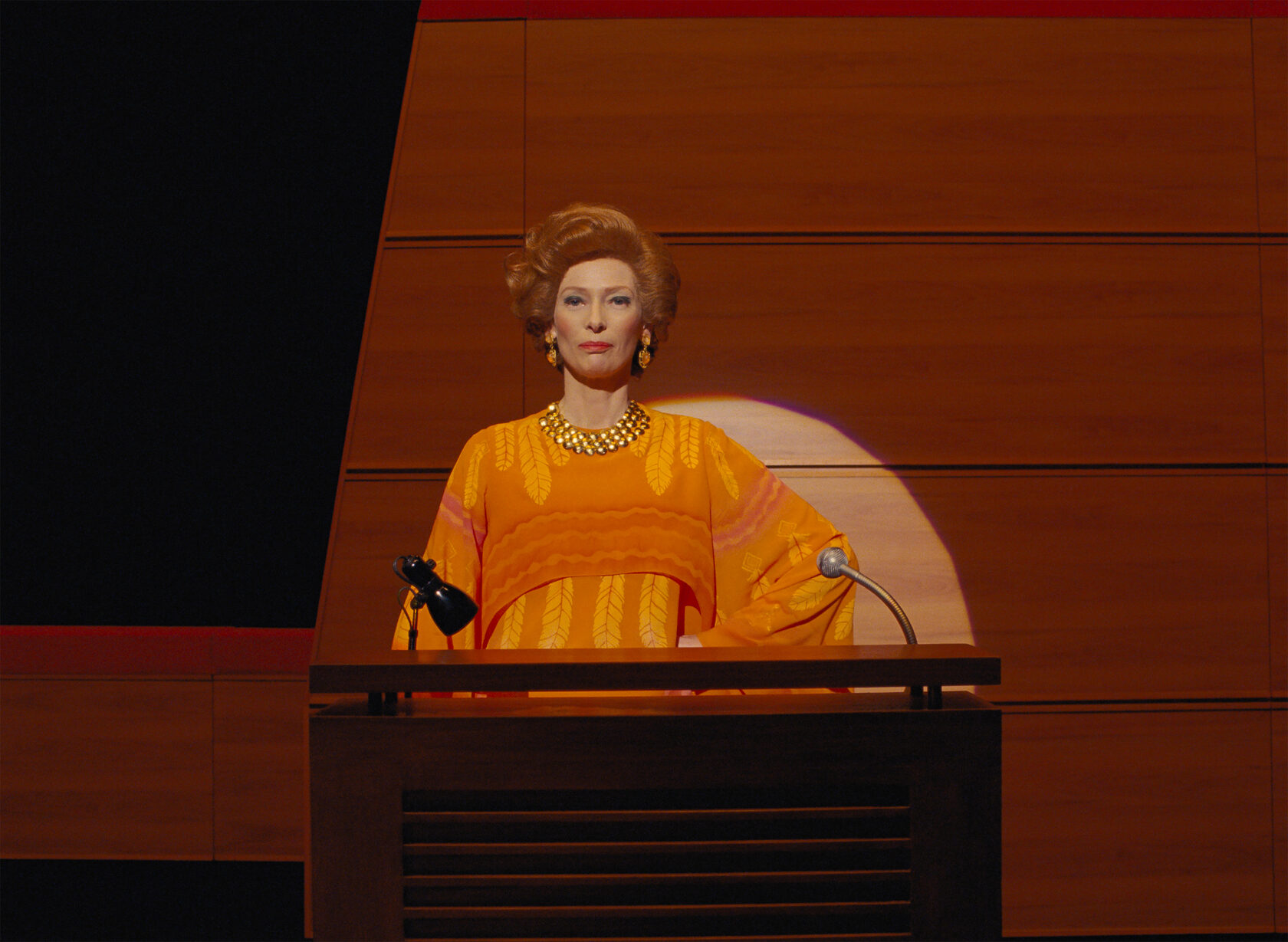 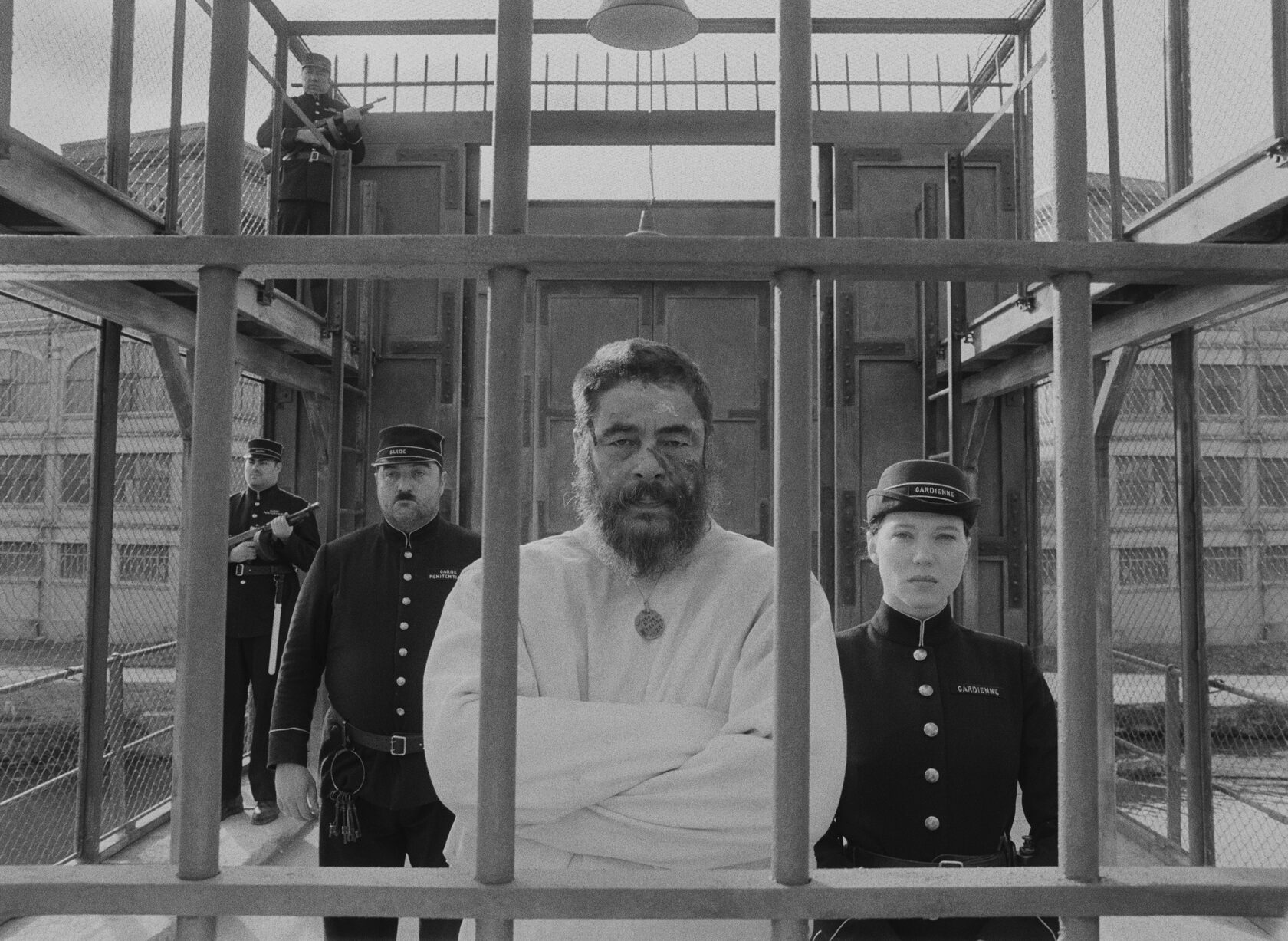 It is difficult to sum up, because this very result is incomprehensible and paradoxical. You go out with a sore head after The French Dispatch, but along the way you look at the date of the release on the streaming services in order to rewatch it again. Anderson brought the visual plan to perfection and sometimes to self-repetition, but at the same time, he combines the usual symmetry and tactility with unusual forms for himself, like a drawn animation and a black-and-white picture. The plot is crystal clear, but at the same time, along with the credits, the whisper "I don't understand anything" rolls across the hall. "My head hurts, nothing is clear" — how can this be applied to a good film? But The French Dispatch is a very good film that works like a Swiss watch. In conclusion, only one fact remains certain — you need to allocate two free hours, go to your favorite cinema, see this film with your own eyes, and make up your own opinion.
© 2020 – 2022 IN VISIBLE
© 2020 – 2022 IN VISIBLE
Made on